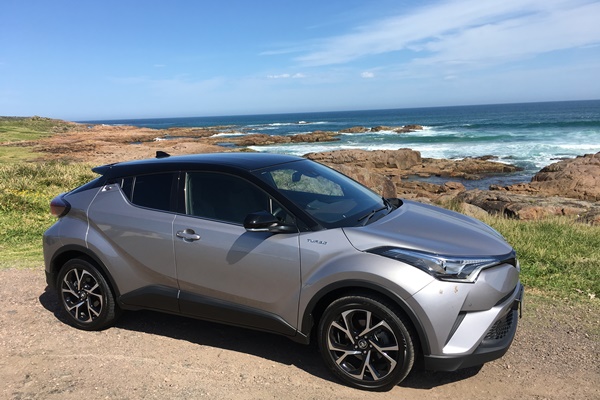 Toyota C-HR Koba. It’s unusual when there is a gap in the market that Toyota doesn’t cover. Yet the small AWD SUV segment was such a gap.

I never will understand what the theory behind naming some cars is, however the unusually named and looking Toyota C-HR has jumped headlong into the small SUV segment that is rapidly growing.

In this segment the preference of 2WD is similar to AWD as most of these are trendy urban run-arounds that often don’t negotiate anything harder than running over the edge of the roundabout.

We are however testing the Toyota C-HR Koba AWD SUV for this review.

The C-HR is designed for the tough streets of Surry Hills with weekend excursions to the Hunter Valley (You can tell I am Sydney based). The looks are equally as important if not more important as the functionality.

To say the C-HR is a different design is an understatement. When it was released it was without doubt the most ‘out there’ design in the segment. That is now challenged by the Hyundai Koba.

It takes on different personalities from different angles with a powerful lower body, raised ground clearance and muscular wheel arches housing 18 inch alloy wheels that project a certain strength. It also has a coupe like personality, enhanced by the sleek hidden rear door handles. 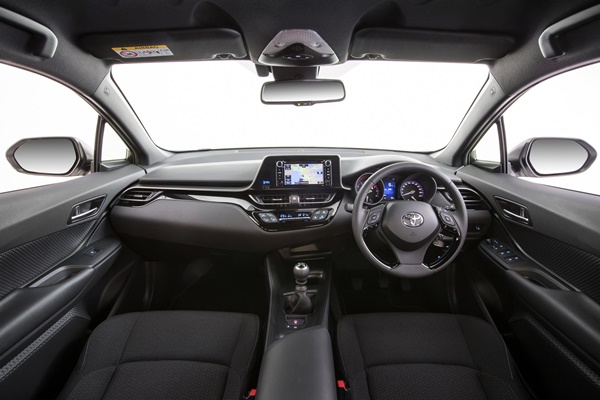 While C-HR looks compact from the outside, it is marginally longer and wider than a Corolla hatch, employing the higher ride height of an SUV and a longer wheelbase. It is 4,360mm long, 1,795mm wide, 1,565mm high and has a 2,640mm wheelbase.

Nissan Juke Ti-S is definitely different. It is a little long in the product life cycle now and compared to the rest of the offerings in this very competitive segment shows that age a little. It is smaller than others and relatively pricey as a result. […]

The new Kia Sorento is revealed for the first time

The new Kia Sorento is revealed for the first time today. Powerful, progressive and versatile, the fourth generation of Kia’s flagship SUV is designed and engineered to take on everything life throws at it. […]