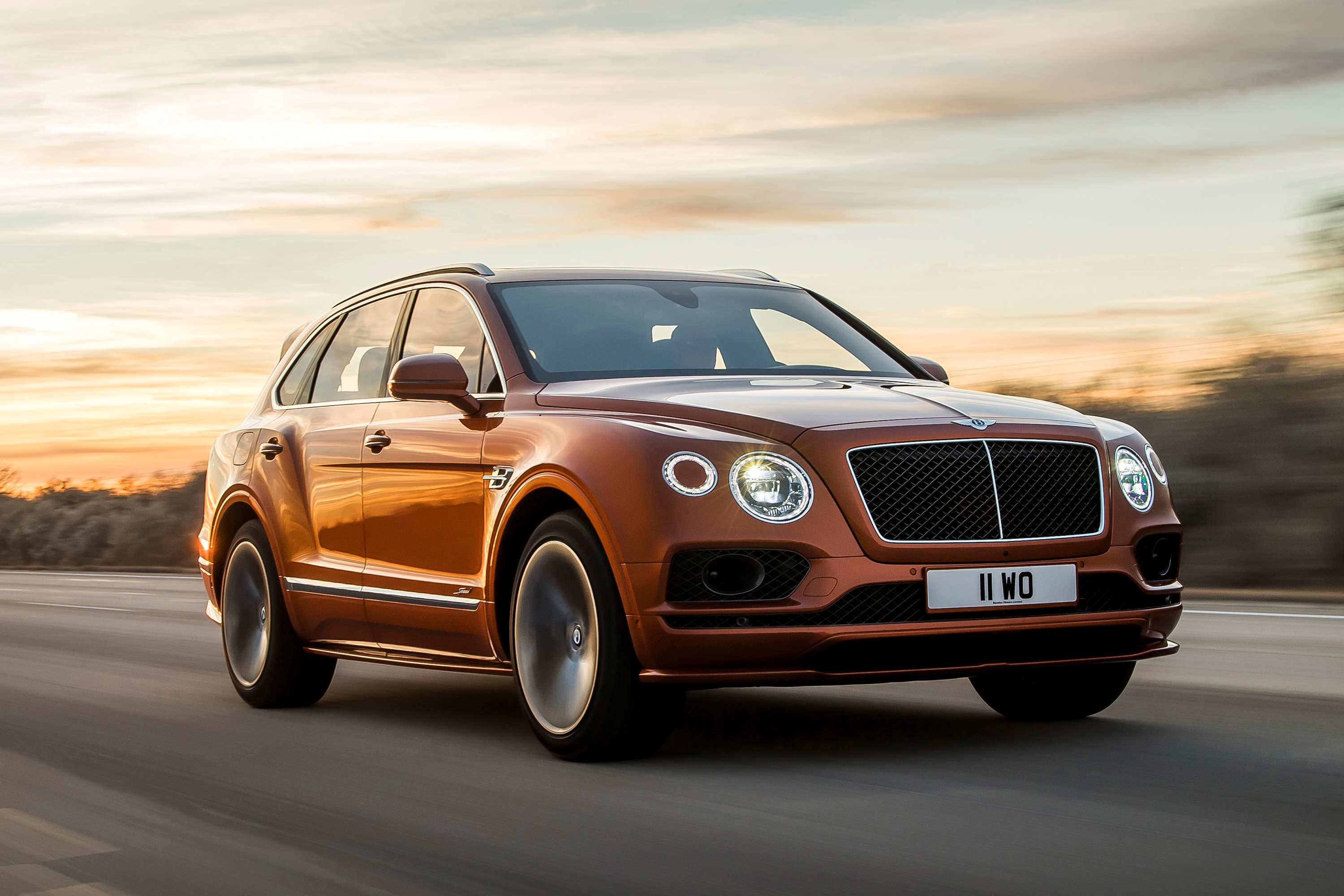 Bentley Motors has built the 20,000th Bentayga since the start of production and customers deliveries in 2016. The Bentayga remains the fastest and most luxurious SUV in the world. Offering a true Bentley driving experience and showcasing unparalleled luxury combined with effortless performance and everyday usability.

The multi-award-winning Bentayga set the luxury SUV benchmark back in 2016, offering customers the ultimate Grand Touring experience unrestricted by landscape or conditions. Go-anywhere driving ability and imperious luxury are the hallmarks of the Bentayga – powerful, individual and exquisite in equal measure, the Bentayga is for those who demand luxury without compromise. To summarise the car’s achievements, Bentley has today released a short film showing the car delivering on its promise of power, performance and luxury.

The first customers received their vehicles at the start of 2016 and in the four years since,  20,000 Bentaygas have been handcrafted by the skilled workforce at the Bentley factory in Crewe. Each one has spent more than 100 hours on a dedicated production line, where a team of 230 craftspeople meticulously assemble every Bentayga by hand.

The introduction of five derivatives and four different powertrains has provided greater opportunities for customers old and new to Bentley, to add to their portfolio.

Generating demand also creates opportunity for competitors, however the Bentayga’s diverse abilities means that it has outsold all of its key competitors over the last four years and cemented the acclaim of the pinnacle luxury SUV. 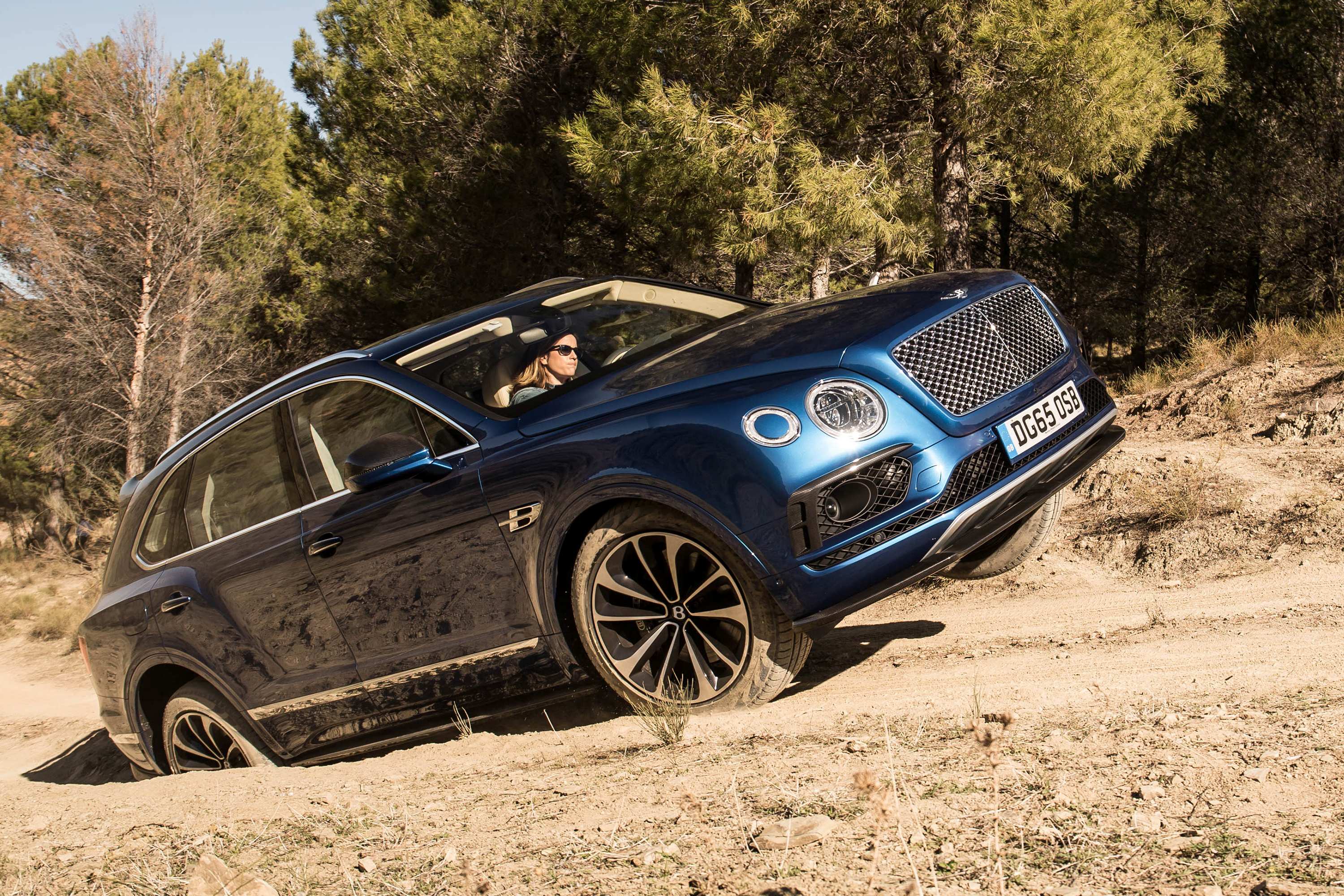 Recognition soon came after the launch of Bentayga winning the ‘Game Changer’ award from a leading automotive publication for setting new standards and defying convention, due to its unique combination of luxury and go-anywhere ability.

The Bentayga’s interior set new standards for both luxury and precision, with meticulous tolerances between the exquisite veneered woods, leather and metal elements. This level of perfection is only achievable thanks to the exceptional craft and skill of Bentley’s colleagues in Crewe.

Never before had a vehicle so coherently combined genuine luxury with go-anywhere driving ability. The development programme for the Bentayga was the most exhaustive in the Bentley brand’s history, ranging across five continents. From the dirt and gravel of South Africa, the dunes of Dubai, the muddy fields of Cheshire, and from -30°C in the frozen North Cape to searing 50°C desert heat, the Bentayga’s ability to perform on any surface and even in the most extreme conditions was proven.

One of the key successes of the Bentayga was the introduction of Bentley Dynamic Ride – the world’s first electric active roll control technology that utilises an unrivalled 48V system. The system instantly counteracts lateral rolling forces when cornering and ensures maximum tyre contact to deliver class-leading cabin stability, ride comfort and exceptional handling.

While conventional anti-roll bars present a compromise between body control and ride comfort, Bentley’s adaptive and reactive system provides variable torsional resistance, allowing the Bentayga to be both dynamically capable and comfortable for all occupants at all times. The pioneering use of a 48V system results in silent, instantaneous responses and sufficient power on hand to deal with all road surfaces.

It offers the widest range of on- and off-road drive settings of any vehicle via Bentley’s Drive Dynamics Mode and optional Responsive Off-Road Setting. Up to eight modes are available, allowing drivers, at the simple turn of a dial, to select the perfect dynamic set-up for any surface or road condition.

Bentayga Extraordinary adventures and past times

The Bentayga enables customers to explore unimaginable places in exquisite luxury – an ability showcased with a Bentley ‘Extraordinary World’ drive across Chile and Bolivia with a number of customers in September 2016. The week long journey began in northern Chile, at Moon Valley where NASA tested the Mars Rover, then continued through the Atacama Desert, the highest in the world, and onwards across Chile’s expansive salt flats where the customers had the opportunity to use the full potential of the Bentayga.

Guy Smith demonstrated the pace of the Bentayga V8 on Rømø Beach in Denmark whilst racing two Kitesurfing World Champions, while others enjoyed the comfort and technology on their way to the Faroe Islea to go surfing – all displaying the ability and ease to explore further in a Bentley than ever before.

For those staying closer to home, customers can personalise their vehicles in line with their pastimes, via Mulliner – Bentley’s bespoking and coachbuilding division. A number of limited editions have been commissioned for a range of outdoor pursuits including falconry, fly fishing, field sports and even horse racing – utilising the Bentayga’s significant 3,500 kg towing capacity. 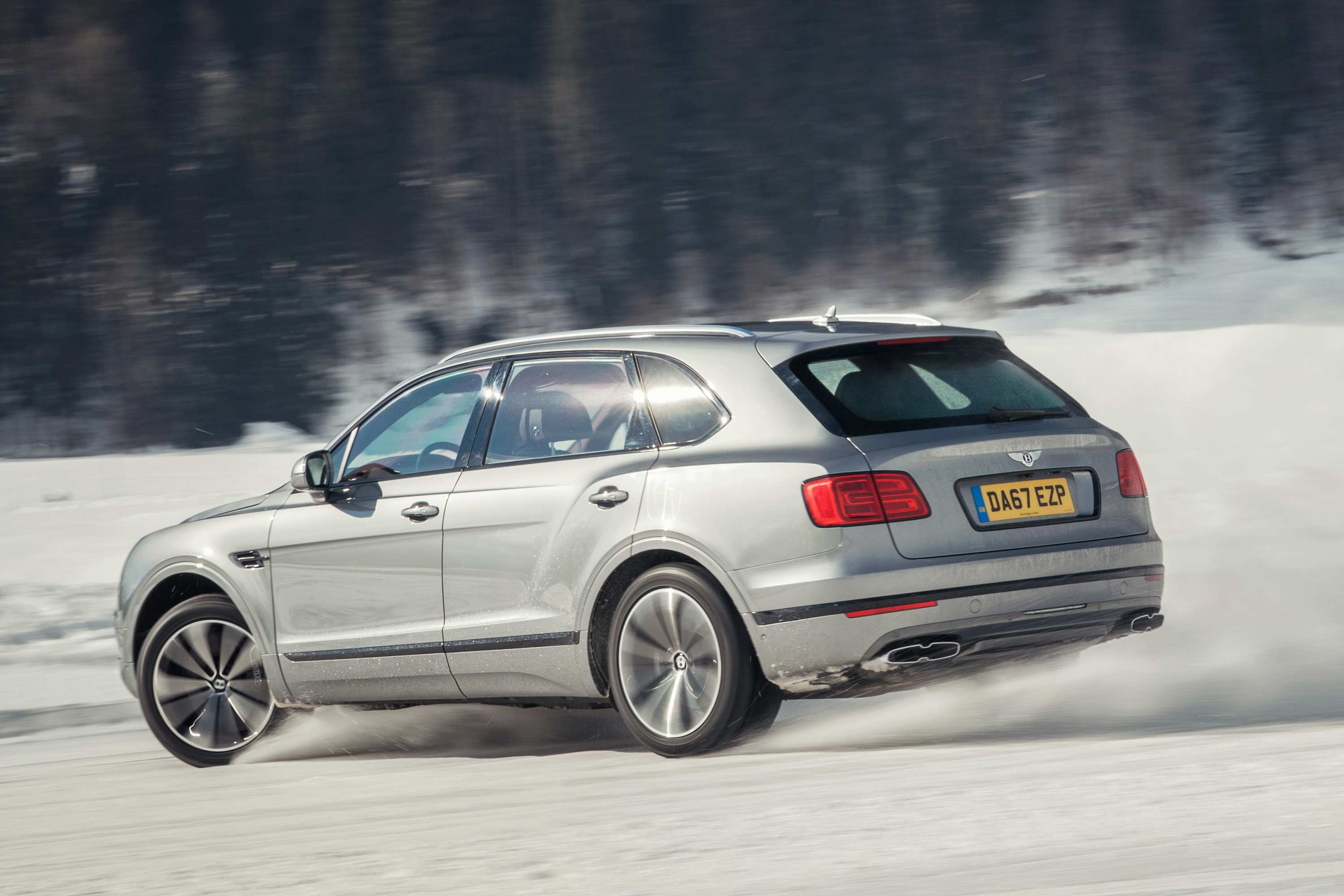 At the heart of the Bentayga is the powertrain, which delivers previously unseen levels of power and torque for an SUV. Whether the powerful W12, sporting yet efficient V8, future-focused plug-in hybrid or the technologically advanced triple charged V8 diesel – all of Bentayga’s powertrains provide the ability of effortless grand touring.

The innovative Bentley V8 engine was also calibrated to suit this exceptionally capable SUV. Powerful and efficient, with seamless power delivery, it provides an effortlessly engaging drive – both on and off the road. It delivers an impressive 542 bhp (550 PS) of power that can take it to a top speed of 180 mph (290 km/h), accompanied by a potent V8 engine sound that reflects the car’s sporting capabilities. The V8 engine achieves its maximum torque of 770 Nm (568 lb ft) at 1,960 rpm and maintains this right through to 4,500 rpm, ensuring rapid acceleration at any engine speed and a 0 to 60 mph sprint in just 4.4 seconds (0 to 100 km/h in 4.5 seconds).

The Bentayga demonstrated its outstanding performance credentials by claiming the outright record for a production SUV at the Pikes Peak International Hill Climb on Sunday 24th of June, 2018 in Colorado, USA.

The Bentayga Speed is the most powerful and performance-oriented Bentayga to date. It builds on a long tradition of Speed models that was born with the Continental GT in 2007. The Bentayga Speed takes the Bentayga’s extraordinary abilities to new levels, boosting maximum power from 608 PS in the existing 6.0-litre W12 twin-turbocharged model to 635 PS (626 bhp). 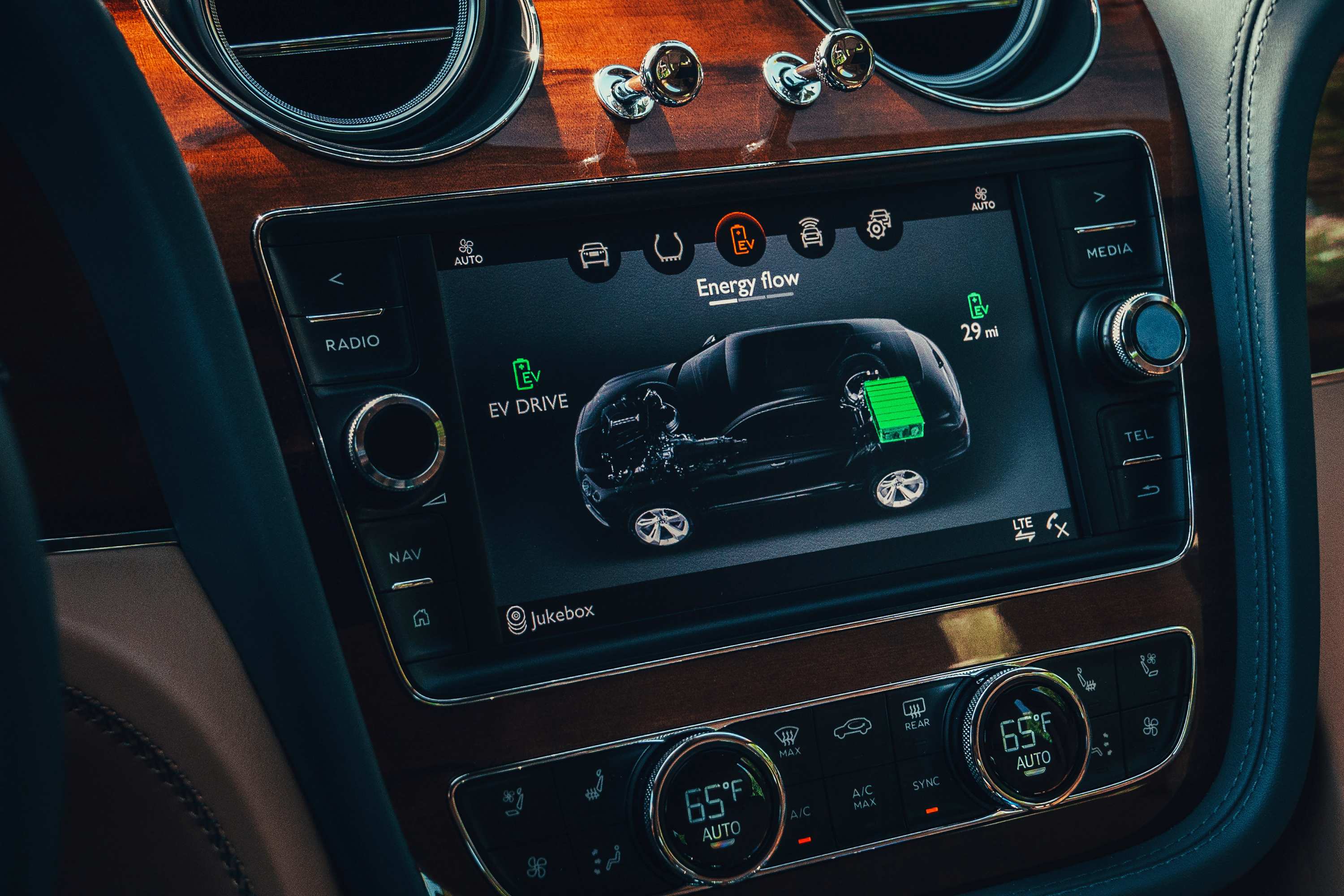 Bentayga The first step to Bentley’s journey to electrification

Offering the best of both worlds, the new plug-in hybrid model combines an advanced electric motor with a powerful and efficient new-generation V6 petrol engine. The hybrid version of the world’s most luxurious SUV will be the company’s most efficient model ever with CO2 emissions of 79 g/km (WLTP).

The Bentayga Hybrid combines traditional Bentley values with the very latest technologies, giving customers the best of both worlds – engaging, effortless performance on the open road and silent, emission-free driving in the city, which will become increasingly important. Following Bentley tradition, the Bentayga Hybrid pioneers a new automotive sector – the luxury hybrid – and sets Bentley on the path towards a sustainable electrified future.