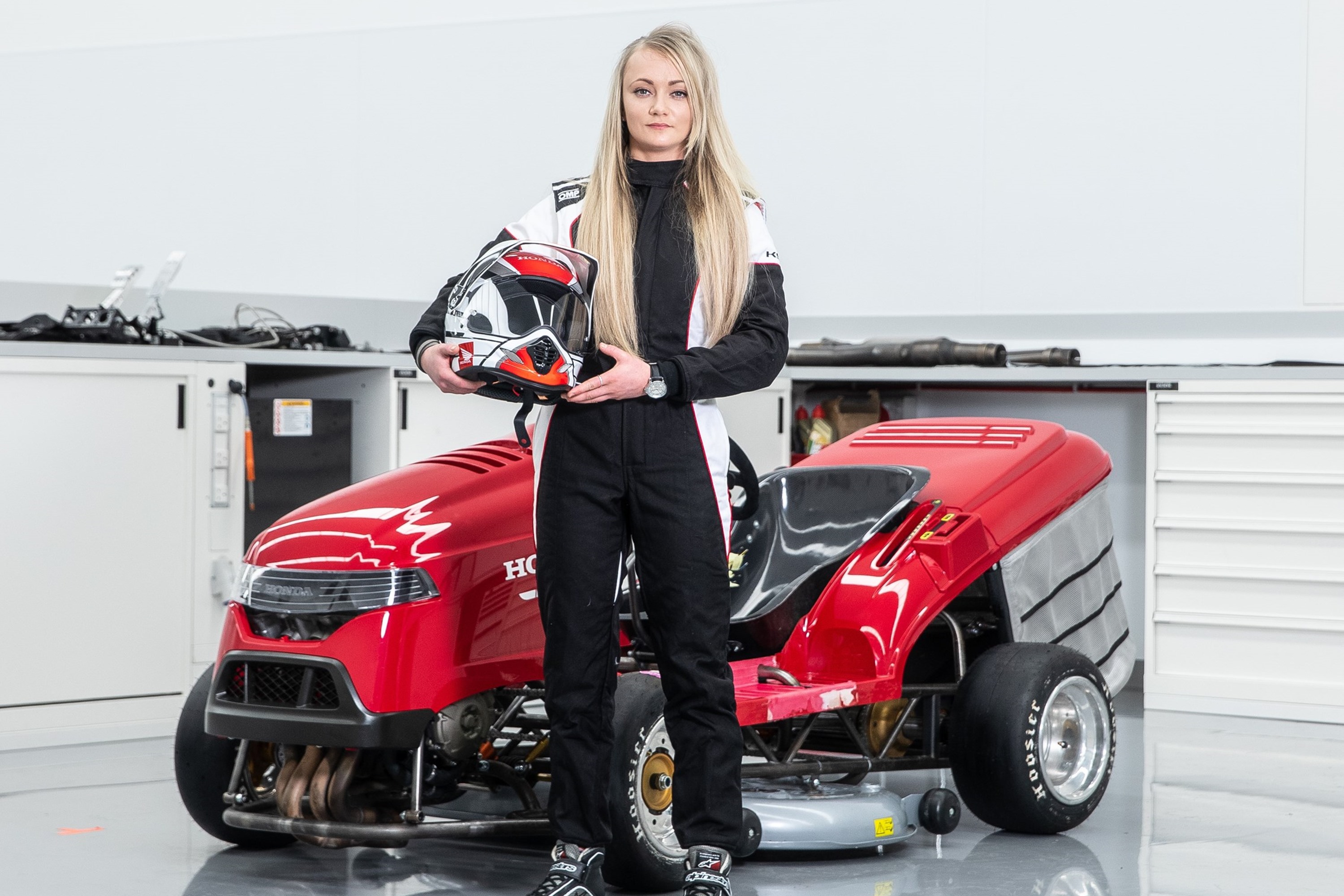 Honda’s Mean Mower has re-entered the record books after setting a brand new Guinness World Records® title for the ‘Fastest Acceleration 0-100 mph for a Lawnmower’.

The new record was set at the Dekra Lausitzring, near Dresden, Germany, on May 6, 2019. Under the watchful eye of a Guinness World Records® adjudicator, Honda’s all-new Mean Mower V2 averaged 0-100 mph in just 6.29 seconds; driven by Jess Hawkins, experienced stunt driver, kart and car racer.

Check out the action in the video here: www.hondaengineroom.co.uk/meanmower

As well as hitting such a blistering straight-line speed to set the new record, Mean Mower V2 also had to demonstrate that it could still do what it is actually designed for – to cut grass – which it does. The ability to still cut grass is thanks to slight revisions to the cutter deck to house the chain driving the rear tyres and the two batteries required to power electric motors, which spin carbon fibre blades to mow. 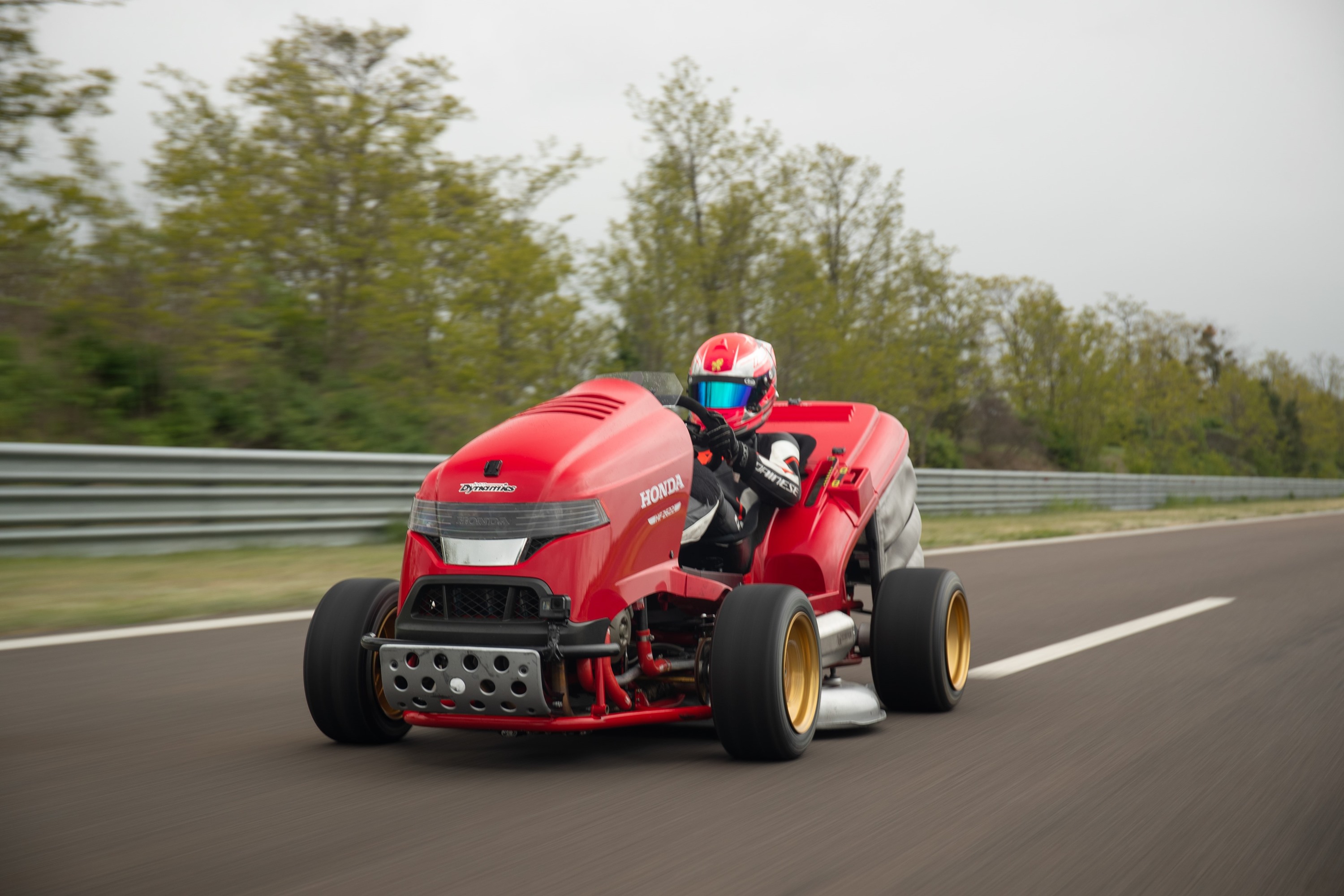 Under the regulations of Guinness World Records, the mower must also ‘intrinsically look like a lawnmower’ – in this case the Honda HF 2622 lawn tractor – which it does by carrying over its front cowl, grass box and body panels.

Unveiled in summer 2018, Mean Mower V2 set out to build on the incredible success of the original Mean Mower, which became the world’s fastest lawnmower on March 8, 2014 when it hit 116.87 mph. But this time Honda and its British Touring Car Championship partner, Team Dynamics, took the development to a whole new level, using computer aided design, bespoke parts, advanced materials and even 3D printing.

At the heart of Mean Mower V2 lies its engine. This time a 999cc four-cylinder unit taken from Honda’s high-performing CBR1000RR Fireblade SP motorcycle, producing 200 bhp at 13,000 rpm. It packs almost double the power of the original Mean Mower, with a super-light frame and engine dry weight of just 69.1kg, which overall results in a power-to-weight ratio in excess of that of a Bugatti Chiron.

The official acceleration figure was measured using a VBOX on-board recording device, which was fitted, set-up and verified by independent and accredited timers, Timing Solutions Limited. To meet the requirements of Guinness World Records, the mower had to record the same run, in both directions, within an hour – with the average acceleration of these two runs taken as the official time.

With an average of 6.29 seconds, Honda set the new Guinness World Records® title for ‘Fastest 0-100mph acceleration for a lawnmower (prototype)’. The team also took the opportunity while at the Lausiztring to put Mean Mower V2 through its paces on a longer run to see what it is really capable of, recording an incredible top speed of 150.99mph. The time was once again independently recorded by Timing Solutions Limited using the VBOX data. 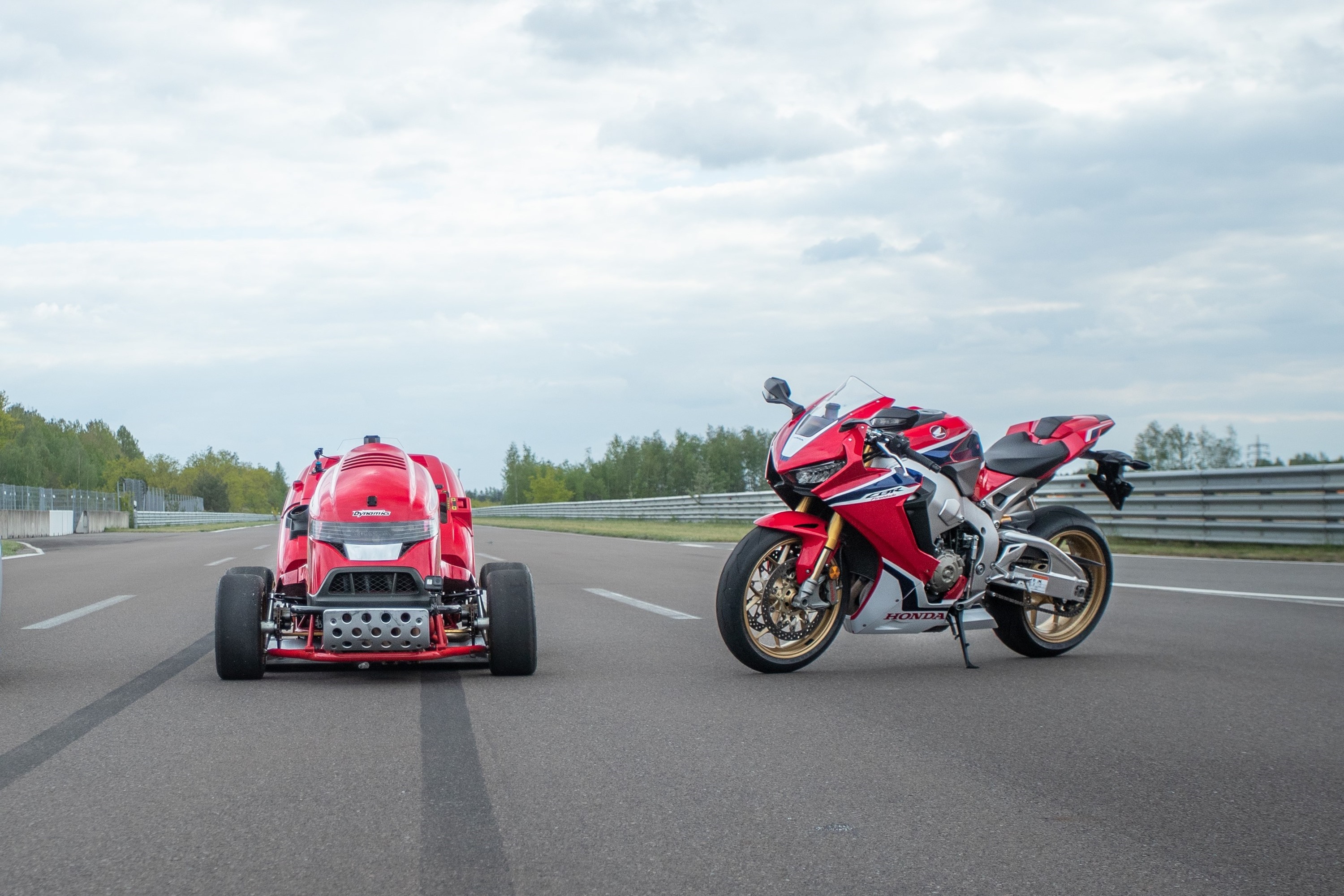 Dave Hodgetts, Managing Director of Honda (UK) comments: “The original Mean Mower was an incredible machine; but this time we’ve taken it to a whole new level with version two. After taking the top speed record in 2014, we wanted to do something a little different by setting an all-new record for acceleration, and the result is fantastic. Team Dynamics have gone above and beyond in developing and building this real feat of engineering, and hats off to Jess for being brave enough to get behind the wheel!”

The new Honda CR-V – dubbed Series II – has received a number of specification, technology, styling and variant upgrades across both the two-wheel and four-wheel drive petrol models with no change to pricing. […]

September 10, 2013 Rob Fraser ATV, Quad, Side by Side & Motorbikes Comments Off on Honda Ready To Ride™ Pricing On 2014 MX Range

With crisp styling in line with Honda’s racing lineage, the 2014 CRF450R and CRF250R’s bodywork maintains the triangular proportions synonymous with Honda’s CRF family. […]

Don’t we all love to be perfectly dolled up for an occasion? Being glam on any occasion has its perks. Everybody will want to know where you got that perfect money clip wallet that compliments your dress. […]