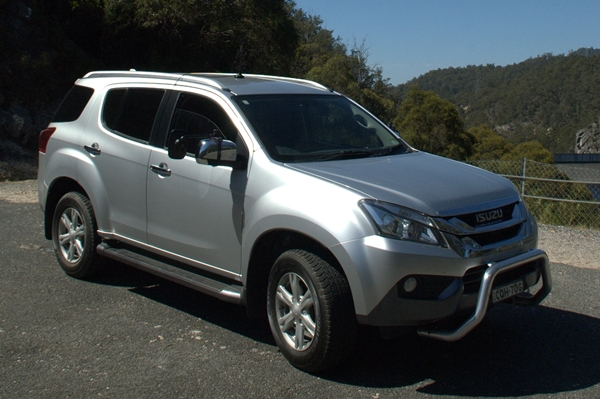 Launched in late 2013 Isuzu has joined the party with its 7 seat version of the successful and popular D Max. Oddly named the Isuzu MU-X. I really don’t know where they get the name from but the MU-X is built on the same platform as the D Max Ute with suspension improvements and a heap of other design features to produce quite a pleasing 7 seat family 4WD.

The Isuzu MU-X is well proportioned, follows the D Max styling and looks smaller than it actually is. Don’t however let its good looks fool you it’s a true 4WD. Roof rails, side steps. alloy wheels

“The All-New Volvo XC90 is an exciting step towards the future for Volvo in Australia. It’s a vehicle which will continue to redefine the perception of the Volvo brand and deliver on the promise of uncompromised luxury, class-leading technology and world-first safety innovations,” said Kevin McCann, Volvo Car Australia Managing Director. […]

The Dual Cab 4X4 diesel Ute market for recreational buyers is hotly contested. There is the big 4 with the Colorado, Mazda BT50, Isuzu d-Max, and Ranger, Mitsubishi stirred the pot with the launch of the exceptionally capable Triton earlier this year and Nissan has launched the all new Navara. Toyota Hilux and BT50 are due before the end of the year […]

Ever since Jeep released its latest version of the Grand Cherokee in 2011 it has been a revelation. Here we have an American 4WD that has legendary off road capability combined with a powerful and economical diesel motor […]