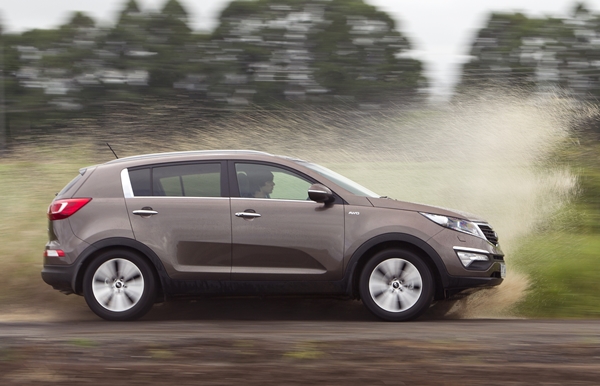 Originally released in 2010 and first hinted at as the Kue concept car, star of the 2007 Detroit Motor Show, the 2013 update is more of a mild update. After all why change a successful formula.

About Chloe Fraser 26 Articles
Chloe Fraser – Former editor Chloe has followed her passion for brand management within the industry however still keeps her hand in on the occasional weekend away camping. She still provides editorial support. She has completed a Bachelors degree in Business Studies and works for one of the automotive manufacturers. Chloe has a strong background in English in which she developed a passion for writing. Chloe has grown up with the influence of cars, first learning to drive on the farm at 11 and her interest has heightened since she gained her license. Driving a new car to school every week made her the envy of all her male friends, especially when the car was something special. Chloe has participated in a number of driving courses and brings a unique perspective that is lacking elsewhere.

OzRoamer MyRV E-Magazine is Australia’s top online industry e-magazine and is focused on the full range of recreational vehicles,camper trailers, 4WD & AWD SUV’s, camping accessories, travel and touring products and services. It also has articles in easy to read style on the topics that our subscribers want to read about. […]

The new kid on the block, the ARB Paringa 400 held at Broken Hill proved it was a force to be reckoned with on the weekend. Serving up a challenging mix of flowing station tracks, creek crossings, washouts and bull dust that claimed many of Australia’s top off-road racing teams as victims […]