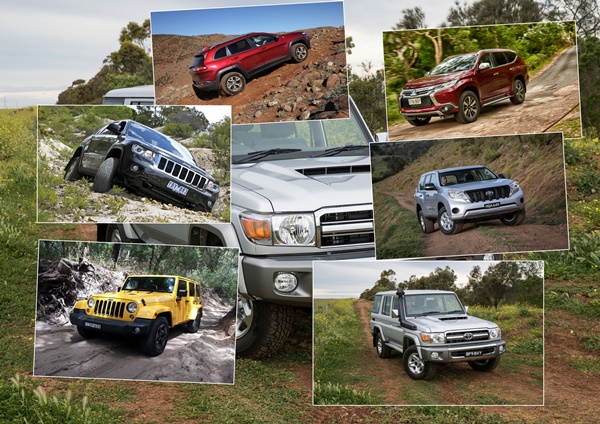 In today’s market the number of genuine 4WD wagons has diminished dramatically. Yes there are the wagon versions of the Ute based 4WD’s but they are 7 seat versions and represented elsewhere. There is limited choice in the $50,000 – $80,000 market segment for the true 4WD enthusiast.

We have chosen some iconic vehicles such as the Toyota LC 76 Wagon GXL and the Jeep Wrangler Unlimited Rubicon. These are the last of a dying breed. On top of these there are some base spec models such as the Toyota Prado GX, Pajero Sport GLX and the Grand Cherokee Laredo. We have rounded this out with the car like Cherokee Trailhawk that is capable but as far from the Toyota LC76 as is possible and still be in the same category.

This segment more than any gave us some headaches and we relied more upon the subjective nature of decision making than other categories. We are more than happy with our decision and laud the iconic 4WD.

Toyota has shown the all new Toyota Fortuna at the Global Launch in Sydney. Based on the Toyota Hilux, the Fortuna is the wagon version that has the same underpinnings, transmission, engine, driveline, four wheel drive and front end. […]