At the New York International Auto Show, Subaru unveiled the all-new Forester. Expected to hit Australian shores in September this year, there have been some significant changes to the top-selling model.

The Forester will be the third model transitioned onto Subaru’s Global Platform (SGP) which has seen Impreza and XV sales increase dramatically. The SGP enhances comfort, safety and driveability, a proven hit among buyers and journalists alike. 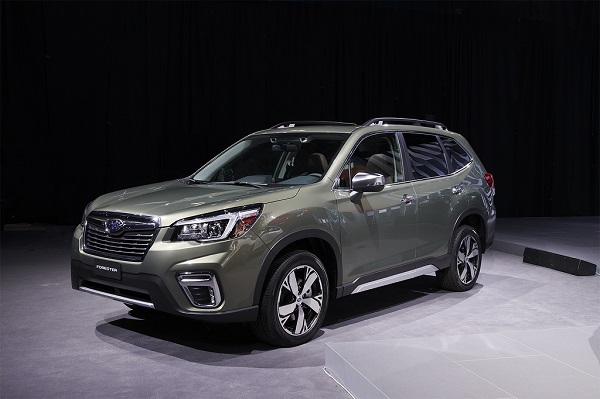 Most notably, there will be no turbo, diesel or manual variants. Instead, the all-new Forester will be powered by a newly-enhanced direct-injection 2.5-litre horizontally opposed, normally aspirated, four-cylinder Boxer engine. Subaru Australia say’s this engine is comprised of around 90% new components, so we can expect exciting things from this engine. All variants will come with CVT.

The biggest addition looks to be the introduction of Subaru’s new Driver Management System (DMS) that enhances safe driving by providing a warning when it detects signs of distraction or drowsiness at the wheel. This will no doubt contribute to what Subaru Australia expects will be a 5 star ANCAP safety rating, along with the latest generation EyeSight technology and reverse automatic braking.

A bigger boot with an opening width of 1,300mm and an optimised rear door opening angle will likely prove to be a big tick for families and adventurers. 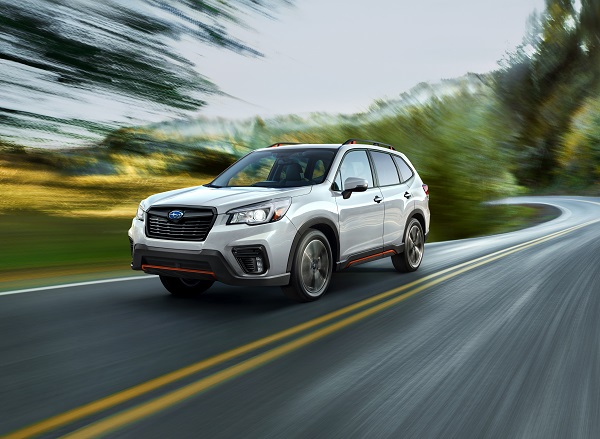 Occupant comfort has clearly been front of mind and Subaru has paid attention to those sitting in the rear seats. There will be three separated pockets in the seat backs provide convenient storage for magazines, tablets, smartphones, etc and well as USB charger points for front and rear passengers. A big must for any long trip!

An 8″ infotainment screen will house the latest system and feature Apple CarPlay and Andriod Auto. 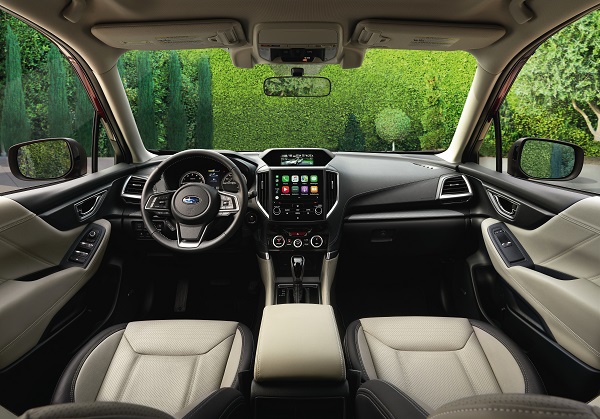 Off-road, the all-new Subaru Forester gets optimised X-Mode (which controls engine, transmission, and brakes on slippery surfaces and – in poor driving conditions – improves drivability in off-road conditions and on poor surfaces) and 220mm of ground clearance. Exact entry and departure angles are still to be confirmed, but Subaru Australia say it is the “widest possible”.

We can expect to see more information released later in the year. 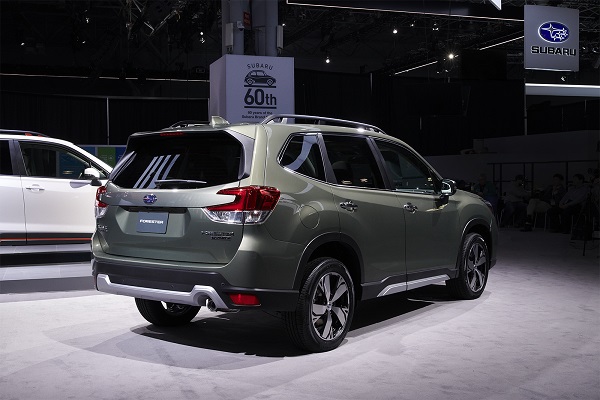 MAIN FEATURES OF THE NEW FORESTER (US SPEC)

About Rob Fraser 902 Articles
Rob Fraser – General dogsbody & Director Rob is the founder of the business. He constantly mutters something about way too many red wines one evening being to blame. He first learned to drive on the farm in a left hand drive WW11 Jeep when he was 11, many years ago. He has maintained a strong interest in the industry ever since and was hooked on 4WDriving way back then. Having previously lived at the top of corporate life he retired in 2000 and hasn’t put a suit and tie on since. Cars are his passion so why not have a business doing what you love he figures. He has towed either a caravan or camper trailer to most parts of Australia, has run guided tours for camper trailers’ and instructed drivers in off road towing Often known for taking the 4WD in the driveway over the sports car, he has travelled pretty much everywhere in Australia and when he is bored goes for a drive.

Subaru Levorg STI Sport- This time I got to take one on a trip from Sydney to Perisher Ski Resort with Subaru. We went last year as well to Perisher, but in an XV and Outback. This year along with the Levorg STI Sport we also had an Impreza 2.0I-S AWD and a Levorg 1.6GT Premium. […]

Easter at Port Stephens seemed like a great time to take the long term test Subaru XV 2.0i-S away for a weekend. Well I was wrong. […]