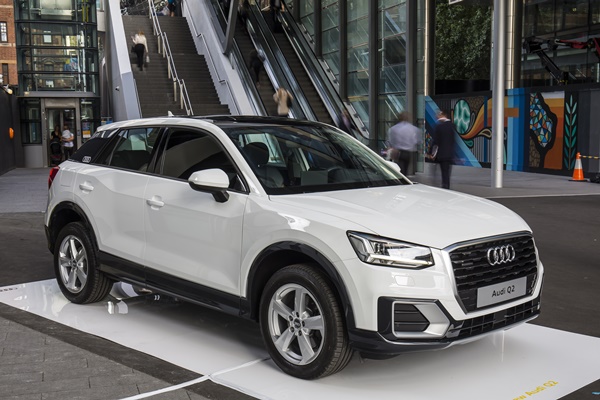 Into the highly competitive compact AWD SUV premium market segment marches Audi with its stylish all new Audi Q2. Viewed in the flesh for the first time last night at an unusual preview at the Barber Shop in Barangaroo Point, the Q2 doesn’t disappoint with its clean coupe’ lines.

The competition for buyers in the premium compact SUV market is fierce with offerings from all major manufacturers. However the Audi Q2 has something about it that differentiates it from the others. It immediately makes you feel at home with it when approaching. Style is a personal thing obviously but the Q2 really appealed to me. It could arguably be the most stylish offering in this segment. 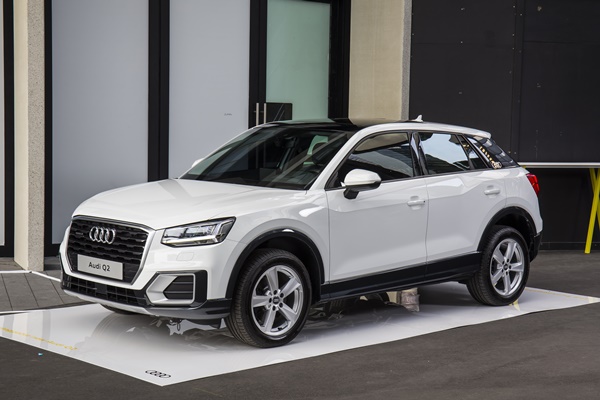 According to Audi the pre orders have already started but the first vehicles won’t be arriving until February 2017. Initially there will be two version, a front wheel drive petrol model starting from around $41,100 (MLP) and a Quattro diesel version with a slightly higher price tag. Later there will be a petrol Quattro version available as well.

Audi now has a complete AWD SUV line-up with the Q2 added to the Q3, Q5 and the Q7 models. I like the Audi system of naming their cars, it’s simple and intuitive. The higher the number the bigger the car. 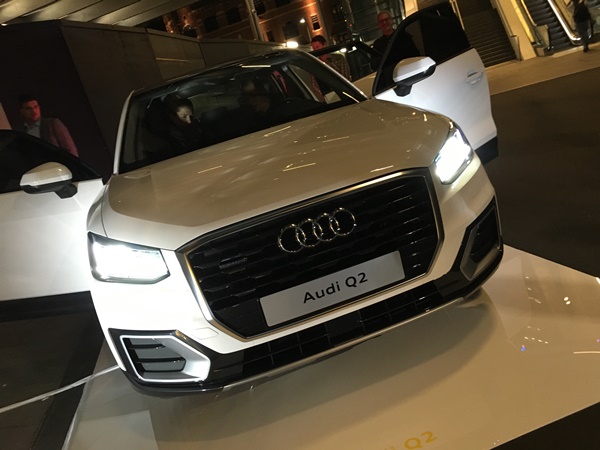 While the ability to customise my vehicle has little value to me it is obviously an important feature to those much younger. Audi caters to this with an attractive ‘Design line’ styling package, including contrasting high-gloss elements and 17-inch alloy wheels. Additional high-value option packages combining styling, technology, convenience features and driver assistance systems will also be offered. Many equipment packages, exterior colours and expressive interior trim colours and elements are available, as well as LED interior lighting packages which allow plenty of creative space for personal configuration. 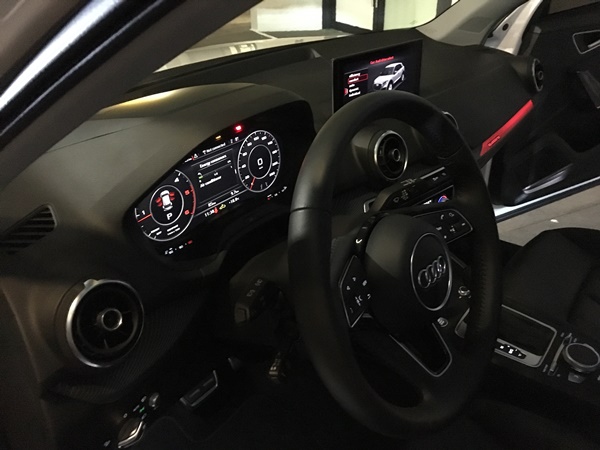 “The all-new Audi Q2 urban SUV will appeal to a new range of young and young-at heart buyers,” said Andrew Doyle, Managing Director of Audi Australia. Disappointingly I was told I was euphemistically firmly placed in the “young at heart” category. Apparently I am older than I feel and look much older than I am!

Along with the very impressive Audi ‘virtual cockpit’ and convenient head-up display, the driver assistance systems for the Audi Q2 come directly from the upper luxury classes. The Audi pre sense plus (AEB) system recognises critical situations with other vehicles, as well as pedestrians crossing in front of the vehicle, while driving at speeds of up to 85 km/h. If necessary, Audi pre sense plus can initiate hard braking – to a standstill – at low speeds. Other systems in the line-up include adaptive cruise control with Stop & Go function, the lane-departure warning system Audi side assist, the lane-keeping assistant Audi active lane assist, and cross-traffic assist rear which supports the driver while reversing out of tight situations. 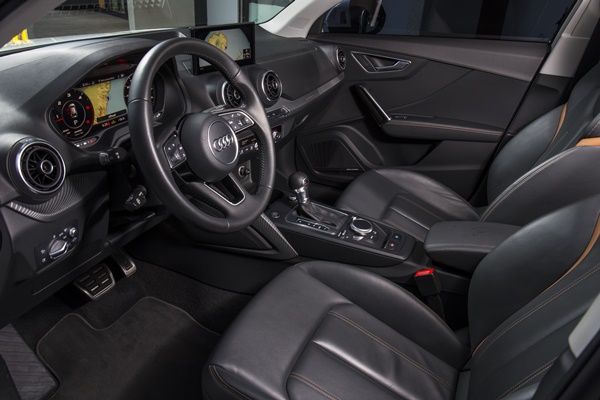 The Q2 sports Audi’s intelligent, intuitive Multi Media Interface (MMI), an infotainment and navigation system, which can be operated by a rotary/push-button control and a touchpad (on MMI Navigation plus) on the central control element. In addition, the system can be conveniently controlled by voice, known as natural language operation, and the integrated MMI search. Audi Connect, Google Earth and Google Search functionality, along with a Wi-Fi hotspot, enables surfing and streaming with mobile devices.

The Q2 fulfils fundamental expectations of an SUV with a seating position that affords good visibility, and a large luggage compartment with 405 litres of capacity (or up to 1,050 litres of capacity with rear seats folded down). It also has more internal room than you would expect.

The new Audi Q2 model range will be offered with three engines. The entry level 1.4 TFSI model features fuel-saving Cylinder-on-Demand technology that shuts down two of the four cylinders under light throttle loads. It develops 110kW/250Nm and returns frugal fuel efficiency of 5.2 litres per 100km (in Europe). In addition, two models will be offered with quattro all-wheel drive, including a 2.0 TDI model with 110kW/340Nm and later on, a 2.0 TFSI model with 140kW/320Nm. All three models share the sporty seven-speed S tronic dual-clutch automatic transmission as standard. 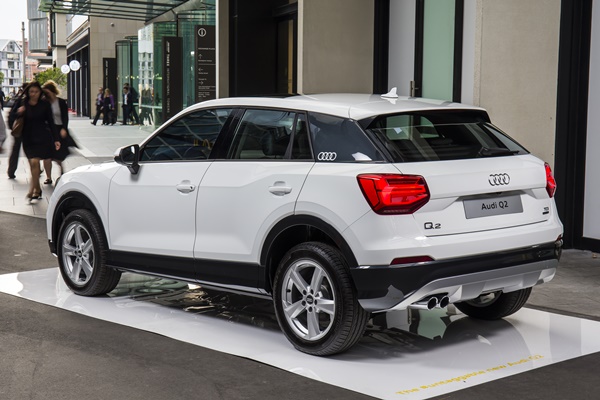 The all-new Q2 has yet to be rated by Euro NCAP or ANCAP, but Audi is targeting a 5star rating.The first Audi Q2 in Australia is now embarking on a pop-up roadshow of the eastern states and will be able to be viewed at the venues below:

The all-new Toyota RAV4 shows improvements over the model it replaces in SUV performance, safety, technology, style and refinement. […]