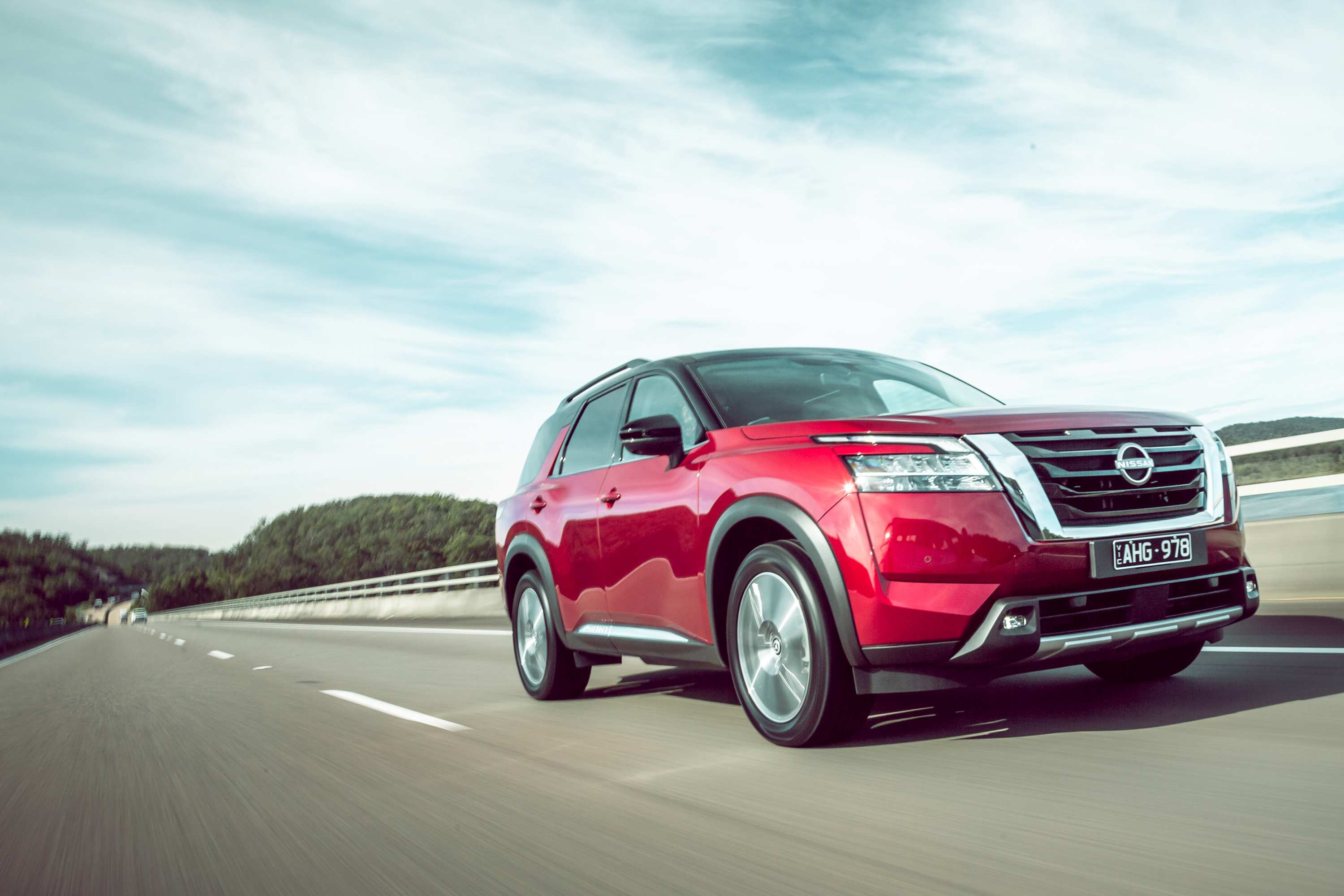 Nissan’s iconic large SUV introduces a host of new technologies, an all-new nine-speed transmission, and debuts a customisable seating configuration that can be delivered with eight seats, or with second-row captain’s chairs, for even more cabin personalisation.

“The Pathfinder has over 30 years of history in Australia as a capable and comfortable large SUV,” says Adam Paterson, Managing Director Nissan Australia.

“This all-new Pathfinder has been reinvented from the ground up, with a striking new exterior design, the latest safety, technology and interior comforts, and, for the first time, a customisable seating configuration.

“We are excited to confirm the all-new Pathfinder will arrive in Australian showrooms next year.” 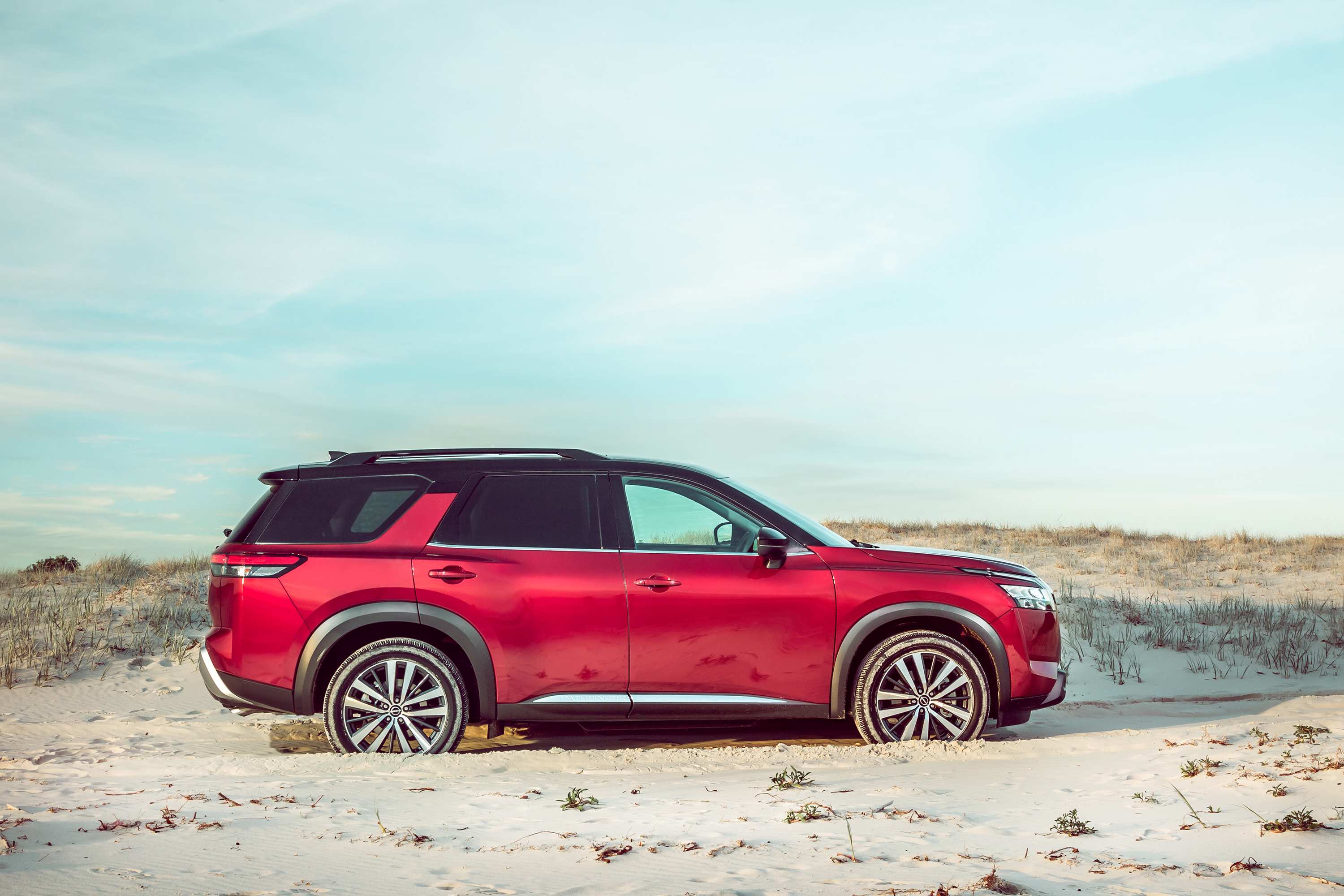 Pathfinder – A rugged yet modern design

The 2022 Nissan Pathfinder is all-new from the ground up. Every aspect of the vehicle has been carefully designed to convey a sense of strength and capability, with a strong front face, wide stance, blister fenders and a shorter front overhang (versus the previous design).

The larger design of the new face of Pathfinder conveys size and strength, which, along with larger tyres, gives it an authentic and rugged look.

Distinctive Nissan signature features are integrated into the new Pathfinder design, such as the V-motion grille with a three-slot grille incorporated as an homage to the original Pathfinder, C-shaped headlights and floating roofline. Standard LED headlights include slim upper Daytime Running Lights, and the C-pillar has a structural SUV look that allows the use of two-tone paint – a first for Pathfinder.

From the side, strong “U-shaped” highlights fuse the powerful fender blisters together, providing a tough, muscled look. At the rear, the wide-aspect LED taillights are slimmer than the previous design. The “boxed out” tailgate harks to the boldness of the first Pathfinder, including the oversized, satin chrome PATHFINDER name. Even the new aluminium-alloy wheel designs have a machined, tool-like seriousness to them.

A total of 11 colour combinations will be offered, including four new two-tone treatments carefully designed to integrate into the overall design. New two-tone Scarlet Ember with Super Black Metallic brings a high-energy feel and is similar to the iconic red colour of the original Pathfinder. 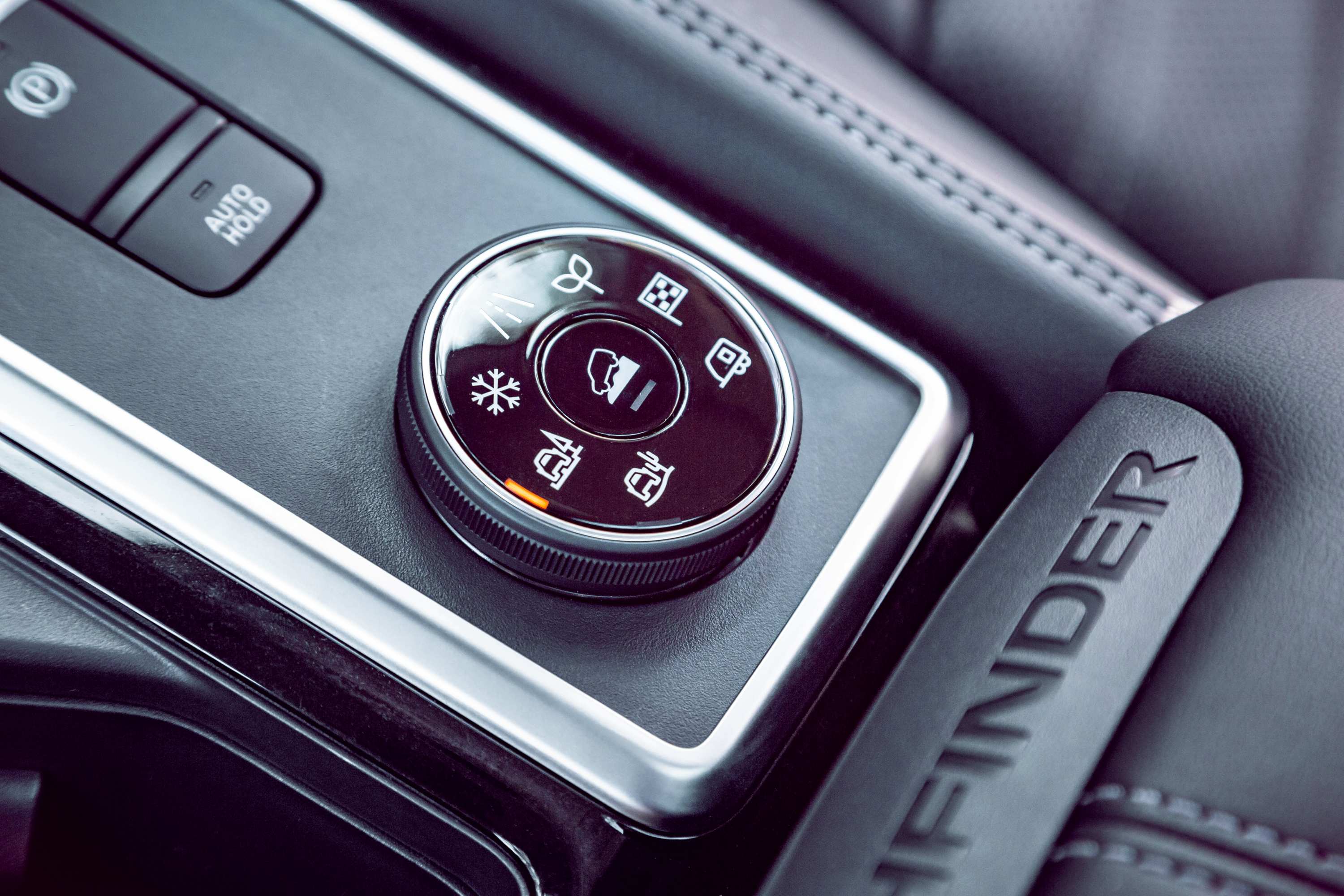 The all-new Pathfinder features a 3.5-litre Direct Injection V6 engine, matched with an all-new nine-speed automatic transmission, which provides a smooth, strong, direct vehicle response. The all-new transmission consistently delivers the right gear at the right time, helping improve fuel economy and driving comfort. The combination of the proven V6 and all-new nine-speed transmission provides strong acceleration and driver confidence when merging or exiting a turn, and minimises rpm variation on a grade. 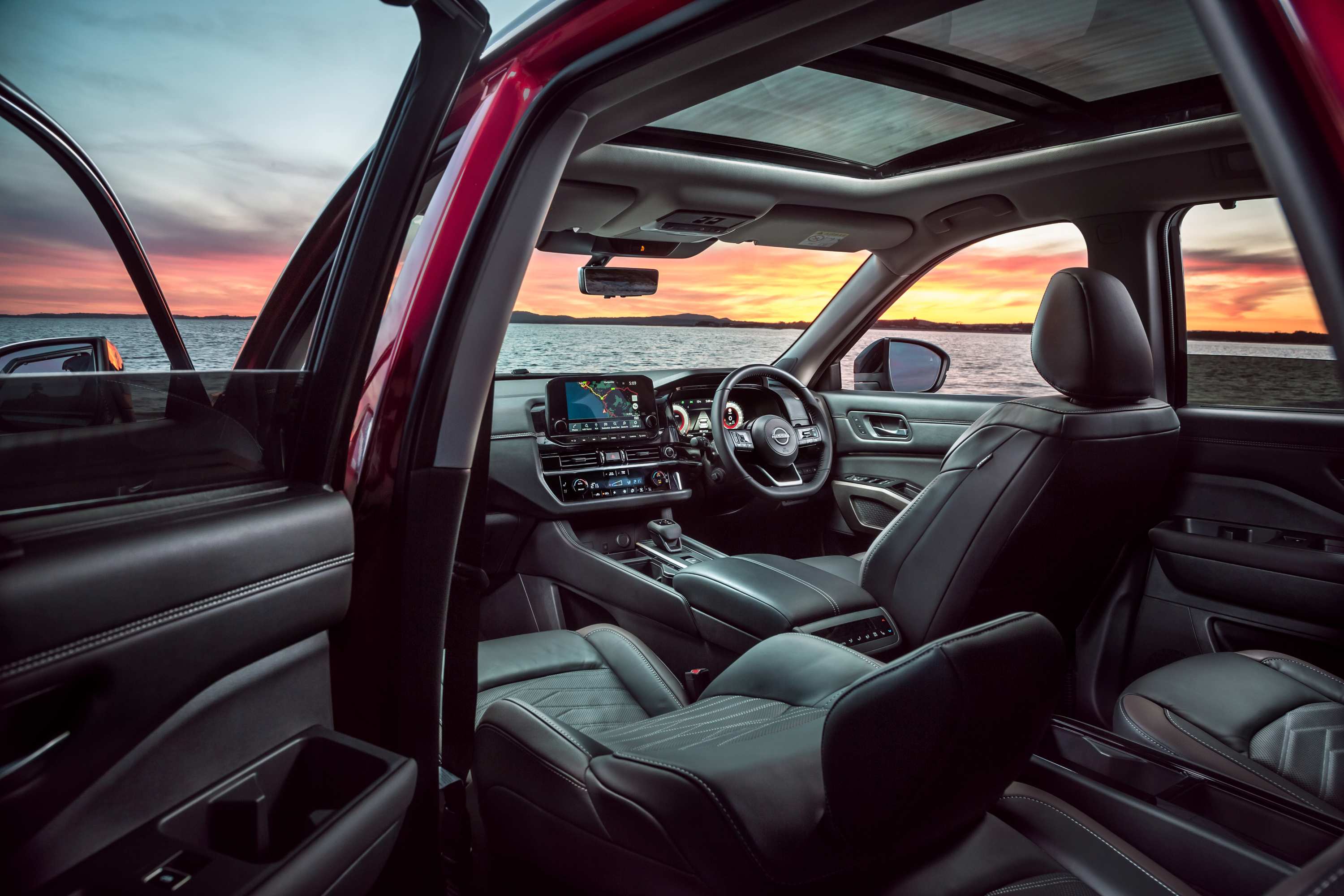 Pathfinder Comfort and convenience for the whole family

Loading the family is now easier with standard eight-passenger capacity or, for the first time on Pathfinder, available second-row captain’s chairs with a no-tools-required removable centre console.

Nissan’s second-row EZ FLEX® one-touch seating can now be utilised on both the driver and passenger sides, and the seat pitches farther forward to provide a wider opening from driver or passenger side – even with a car seat attached – allowing easier entry/exit to and from the third row. The 60/40 split-folding 3rd-row seat provides maximum flexibility for carrying passengers and cargo.

The all-new Nissan Pathfinder will be launched in Australia in 2022 and Australian specification will be confirmed closer to its arrival down under.

Honda has triumphed with the new Honda CRV AWD SUV and is now adding a diesel variant to the range. The Honda CRV AWD SUV Diesel is sure to steal sales from competitors as it really was the only thing lacking. […]

The new Honda CR-V – dubbed Series II – has received a number of specification, technology, styling and variant upgrades across both the two-wheel and four-wheel drive petrol models with no change to pricing. […]

Australia is set to welcome a new Warrior, with the Navara PRO-4X Warrior to arrive in Nissan dealerships nationally from September 1. Development and testing is now complete on the locally developed Navara […]