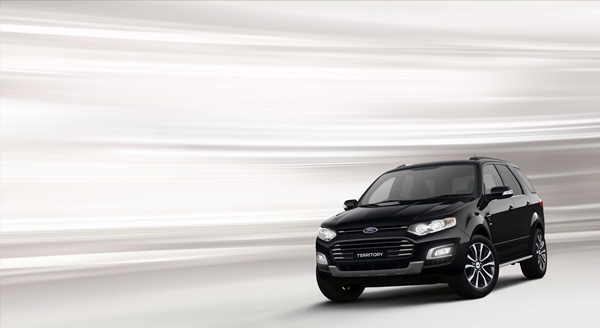 In an aggressive signal to the competition, Ford has sharpened pricing on its award-winning Ford Territory SUV with the Manufacturer’s List Price for the 2014 Territory SUV reduced by up to $6,500.

With recommended prices starting at $36,9901 for the SZ Territory TX MkII, Ford General Marketing Manager, David Katic, said the MLP had been reduced between $3,000 and $6,500 across the three-model range.

“The price reduction means exceptional value for customers for a vehicle that has won hearts across the country as Australia’s only locally engineered and designed SUV,” Katic said. “More than 155,000 Territory SUVs have found homes across Australia and our loyal fans now have an added incentive to include the Territory Mk II on their shopping lists.

Similar great news is found on every vehicle in the SZ Territory Mk II range. For example, the additional value for SZ Mk II TS and Titanium RWD petrol buyers is significant versus the current SZ models.

“Ford offers excellent value for money and we believe the combination of additional features in the Territory SUV range and lower prices will be a winner. As a family vehicle, the Territory continues to deliver on its strengths – driveability, performance, spaciousness, seating flexibility and safety.”

The Territory MkII series walk is:

1This is the Manufacturer’s List Price for the vehicle only. A number of other components, including a dealer delivery fee, stamp duty, registration, compulsory third party insurance and other statutory charges may be payable by a customer in relation to the purchase of this vehicle. The final transaction price will be as negotiated by the customer with their chosen Dealer.

2Recommended Manufacturer’s List Prices only. Prices shown include GST. The actual selling price for options and accessories (fitted or unfitted) is at the dealers’ discretion.

About Rob Fraser 902 Articles
Rob Fraser – General dogsbody & Director Rob is the founder of the business. He constantly mutters something about way too many red wines one evening being to blame. He first learned to drive on the farm in a left hand drive WW11 Jeep when he was 11, many years ago. He has maintained a strong interest in the industry ever since and was hooked on 4WDriving way back then. Having previously lived at the top of corporate life he retired in 2000 and hasn’t put a suit and tie on since. Cars are his passion so why not have a business doing what you love he figures. He has towed either a caravan or camper trailer to most parts of Australia, has run guided tours for camper trailers’ and instructed drivers in off road towing Often known for taking the 4WD in the driveway over the sports car, he has travelled pretty much everywhere in Australia and when he is bored goes for a drive.

For the new Ford AWD TDCi V6 Duratorq TDCi all-wheel drive Territory the maximum towing capacity is 2700kg with a maximum downward tow ball capacity of 270kg. We have towed a number of camper trailers behind the Territory and it really is a breeze. […]

The all-new LDV T60 Ute went on sale in Australia from 1 October 2017, delivering a combination of high equipment levels, real value for money, four-wheel drive ability on all versions. […]