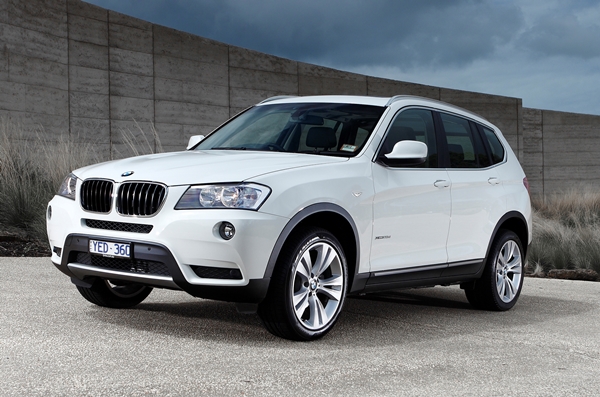 The BMW X3 xDrive 30d is the top of the X3 range and it is absolutely a favourite here at OzRoamer. 2014 will bring about an all new X3 however this review is based on the 2013 model. Here you have an AWD SUV that has a degree of balance between the competing elements that is a cut above most of its competitors.

The BMW X3 xDrive30d is almost perfectly balanced as an AWD SUV. While it has some off road aspirations, take it too far and it’s not pretty. Think of it as a sports SUV that provides balance in performance and handling with reasonable towing capacity.

About Rob Fraser 953 Articles
Rob Fraser – General dogsbody & Director Rob is the founder of the business. He constantly mutters something about way too many red wines one evening being to blame. He first learned to drive on the farm in a left hand drive WW11 Jeep when he was 11, many years ago. He has maintained a strong interest in the industry ever since and was hooked on 4WDriving way back then. Having previously lived at the top of corporate life he retired in 2000 and hasn’t put a suit and tie on since. Cars are his passion so why not have a business doing what you love he figures. He has towed either a caravan or camper trailer to most parts of Australia, has run guided tours for camper trailers’ and instructed drivers in off road towing Often known for taking the 4WD in the driveway over the sports car, he has travelled pretty much everywhere in Australia and when he is bored goes for a drive.

Mazda has bolstered its award-winning BT-50 range with the addition of a six-speed automatic transmission to the 4×4 Freestyle Cab Utility XTR. With a 3.2 litre turbo diesel engine producing 147kW of power and 470 Nm of torque – and 3,500 kilograms of towing capacity […]

It may come as a surprise to some readers but one of the most competitive and exciting (yes exciting) market segments is the Ute market in Australia. Into this framework Holden has released its revamped 2017 MY Colorado. […]