In a market that is becoming increasingly popular with consumers, competitive from manufacturers and homogenised by designers, Kia launched the all new Sportage early in 2016.

A previous OzRoamer award winner on a number of occasions the third generation Sportage that was launched in 2010 was a revelation at the time.

The all new fourth generation model is more a continuation of evolution but a large step taken. 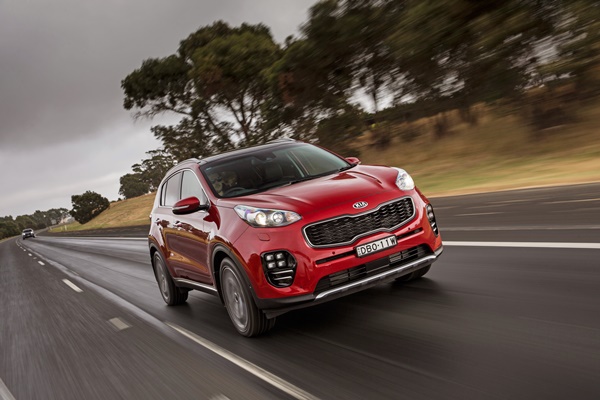 Like a lot of us as we get a bit older the fourth generation Kia Sportage has grown. The wheel base is longer by 30mm, and overall length by 40mm.

This may not seem like much but internally, the extra room is very noticeable, especially for rear occupants.  Overall height is the same.

With wider wheel arches it takes on a more muscular appearance but tapers towards the rear. It definitely has enough differentiation in its design, mainly from the bold muscle bound front and grill which amongst onlookers tends to polarise opinion.

From the side the appearance is longer and sleeker than the previous model with longer front overhang and tapering rear spoiler.

The good thing is that consumers will be buying a vehicle that will differentiate itself from the crowded segment. One very noticeable feature on the GT Line is the quad fog light cluster.

Inside the story gets better. The first impression is one of a spacious and integrated interior with soft feel dash and quality ambiance. There is plenty of headroom, even in the GT Line with the sunroof.

As this is a family wagon the rear seats are extremely important and as mentioned the extra wheelbase is noticeable here. Even with the front seat fully slid back the rear occupants have reasonable head, shoulder, hip, knee and leg room, more so than many of its competitors.

Rear seats can also recline through 37 degrees, which adds to the versatility. The seats are better and sculptured more for two rather than three.

All seating is comfortable with the GT Line having leather and electric adjustment for the driver with lumbar support. Front seats are both heated and air cooled which is a luxury fast becoming an essential in Australian conditions. 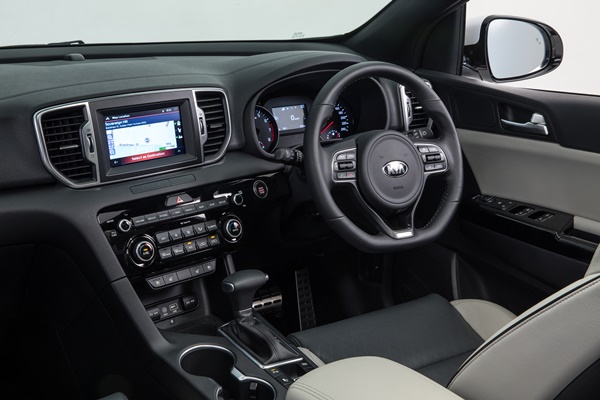 Toyota has released an all new Kluger. The 2014 seven seat Toyota Kluger is an AWD SUV that has surpasses the previous model in everything including style, technology, comfort, capability and safety at value pricing. […]