We are into the 4WDs now. Again only for those vehicles that have dual range 4WD capability. However there are a few more ‘traditional’ 4WDs in this category.

The number of available vehicles in this category is small indeed. It also includes more highly specked models of some in the lower price range.

Soon the all new INEOS Grenadier will join this group and I’m looking forward to that.

Jeep Wrangler seems like it has been around forever, probably because it has. It remains one of the last true purpose built 4WD vehicles and is an icon brand. It is popular with enthusiasts all over the world.

All come with the one engine, the 3.6L Pentastar petrol as well as an 8 speed automatic transmission.

These are all four door models. The Rubicon also comes in a 2 door configuration.

In general the Wrangler Unlimited is a purpose built 4WD that continues the tradition from the earliest days. The first vehicle I ever drove was a left hand drive WW11 4WD Jeep when I was 11 years old on the farm and I’ve been a fan of Jeeps ever since.

They have come a long way over the years, but if you are looking for a comfortable SUV style of vehicle then keep looking elsewhere.

If you are looking for an exceptionally cool, rugged 4WD that has a degree of comfort features then the Wrangler is for you.

The focus of this award is the Rubicon, yet the award goes to the whole range. Night Eagle is very well equipped with the same safety features as the Rubicon. The differences as you go up the model range is basically trim, comfort and improved 4WD capability.

One issue that arises from the LHD to RHD conversion is that the left foot has nowhere to go as the tunnel intrudes on foot space.

Rear seats are ok as is boot area. If you take the hard top off while you are out forget about luggage.

What has certainly improved over the years is the driver ergonomics. In front of the driver is a twin dial driver instrument binnacle with a configurable MFD between.

The central screen is large, easy to use and has a heap of functionality which is a pleasant surprise. The central stack houses a bunch of switches for the diff locks, disconnect able front sway bars and a bank of auxiliary switches.

A couple of really cool features is that you can remove the hard top and even the metal doors for a completely open driving experience. The windscreen can fold flat and the engine bonnet fold right up against the windscreen. It’s still a Jeep.

Driving the Wrangler has improved over the years as well and it’s now a fairly comfortable drive on the freeway and around town. It can be a handful in tight car parks and inner city roundabouts.  It’s reasonably responsive to inputs and It does get a little noisy inside at speed.

All the wranglers are powered by the 3.6 Pentastar V6 with ESS producing 209kW @ 6400rpm and 347Nm @ 4100rpm. They have an 8-Speed Automatic transmission and some form of dual range 4WD. It can certainly get thirsty around town, but isn’t too bad on the freeway.

I have driven the Rubicon many times in all situations. Wrangler Rubicon easily goes where others fear to tread.

It’s not until you drive the same track in another 4WD that you realise just how easily the Rubicon coped.

There isn’t a cooler 4WD on the market. It’s a heap of fun to drive and gives you a great feeling.

When the road disappear and there is nothing but hard 4WD track in front of you the Rubicon is the place to be.

In a world that is becoming increasingly sanitised with luxury SUV replacing true 4WDs its rewarding that the Wrangler still exists.

Well this one is easy. The Rubicon, it’s a step ahead pf everything else as a 4WD on the market for the price.

*Towing and AWD Capability is compared to other similar vehicles in the same class. 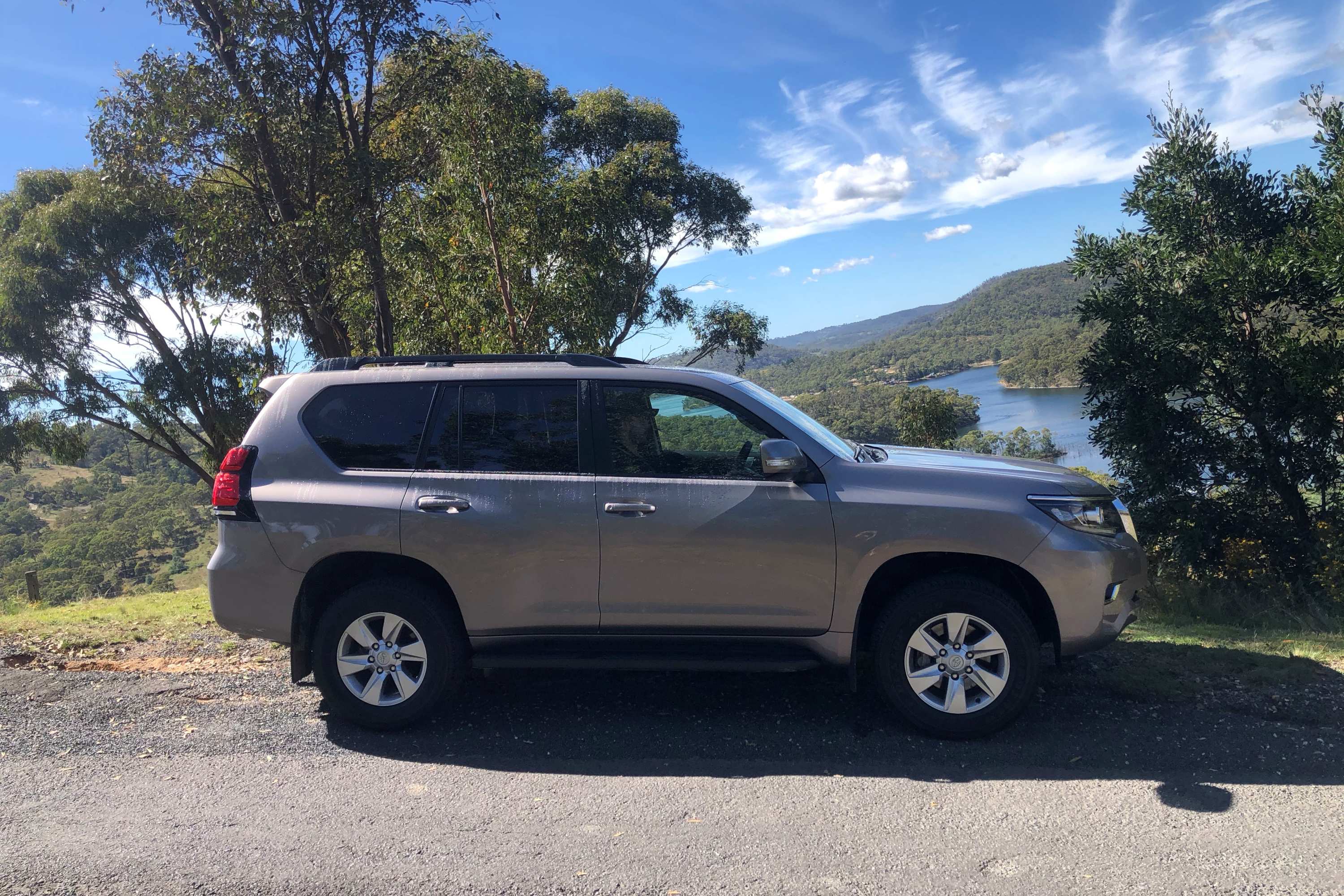 Toyota Prado has been around for ages and has proved to be a perennially popular family 4WD. Most are used as urban run-arounds and linger family holidays. Few are used as a true 4WD.

The latest update was in late 2020 with improved power and torque outputs, improved safety and a new multimedia screen and connectivity. More details HERE

The Prado comes in four models the GX, GXL, VX and range top Kakadu. All have the same 2.8L turbo diesel engine and six speed AT that are seen in the HiLux and Fortuner as well. The GX is a five seat model and the rest 7 seat.

Larger inside than the Fortuner the Prado is designed for the family first and as a 4WD second. There is plenty of room especially for the front two rows and the third row is in the occasional passenger space. Boot space is more than adequate.

Prado now has 150kW of power and 500Nm of torque from its 2.8L engine and it really shows both on and off road as well as better fuel economy. It has a permanent 4WD system with selectable low range as well as the 6 speed AT.

Towing capacity is now 3000kg and comes with a standard rear diff lock in all but the GX.

Like the Fortuner I’ve driven the Prado on outback roads, on the beach, forest trails, and heavy duty 4WD tracks, I’ve towed with it and driven it on freeways.

It’s a great all round 4WD. It’s good at everything without excelling at one thing. 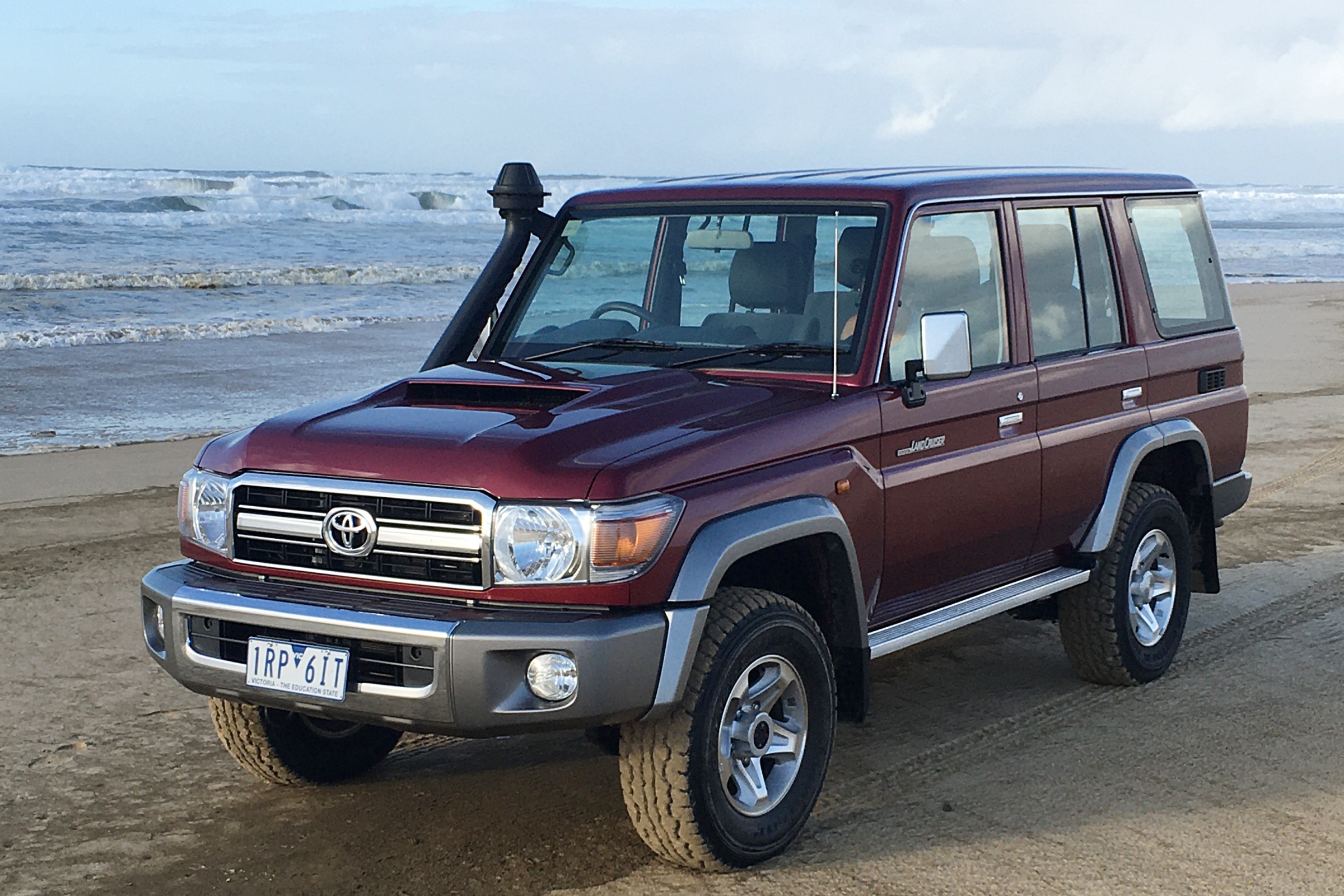 In the world of 4WD Wagons Toyota LC 70 Wagon reigns supreme. From the outside the LC 70 series Wagon looks exactly like it should for what it is designed for.

A utilitarian workhorse that would last forever. It has a bold grill, snorkel, high roofline and sides. The front has single lights, lower fog lights and bold wheel arches.

Like the Wrangler I’m just happy that a 4WD such as the 70 series exists. The wagon comes in two models the Workmate and GXL.

It’s not a soft place to live the interior of the 70 series, but there are now some concessions to comfort. However it’s still not a lot different to my HJ60 Sahara from 1986 in some respects.

Front seats are reasonably comfortable but they make little concession to driver ergonomics. Overall visibility is great. Rear seats are spacious as is the boot room. The hose out interior shows what its meant for.

For the first time, all variants in the 4.5-litre V8 turbo-diesel workhorse range gain a multimedia system with a 6.1-inch touch screen that incorporates satellite navigation with voice recognition and Bluetooth connectivity.

Owners will also appreciate two front USB ports, a 12-Volt accessory power input, a larger smartphone holder and the addition of a cupholder in the passenger-door bin.

There really isn’t much to say about the 70 Series other than it’s a pure 4WD truck that has stood the test of time. 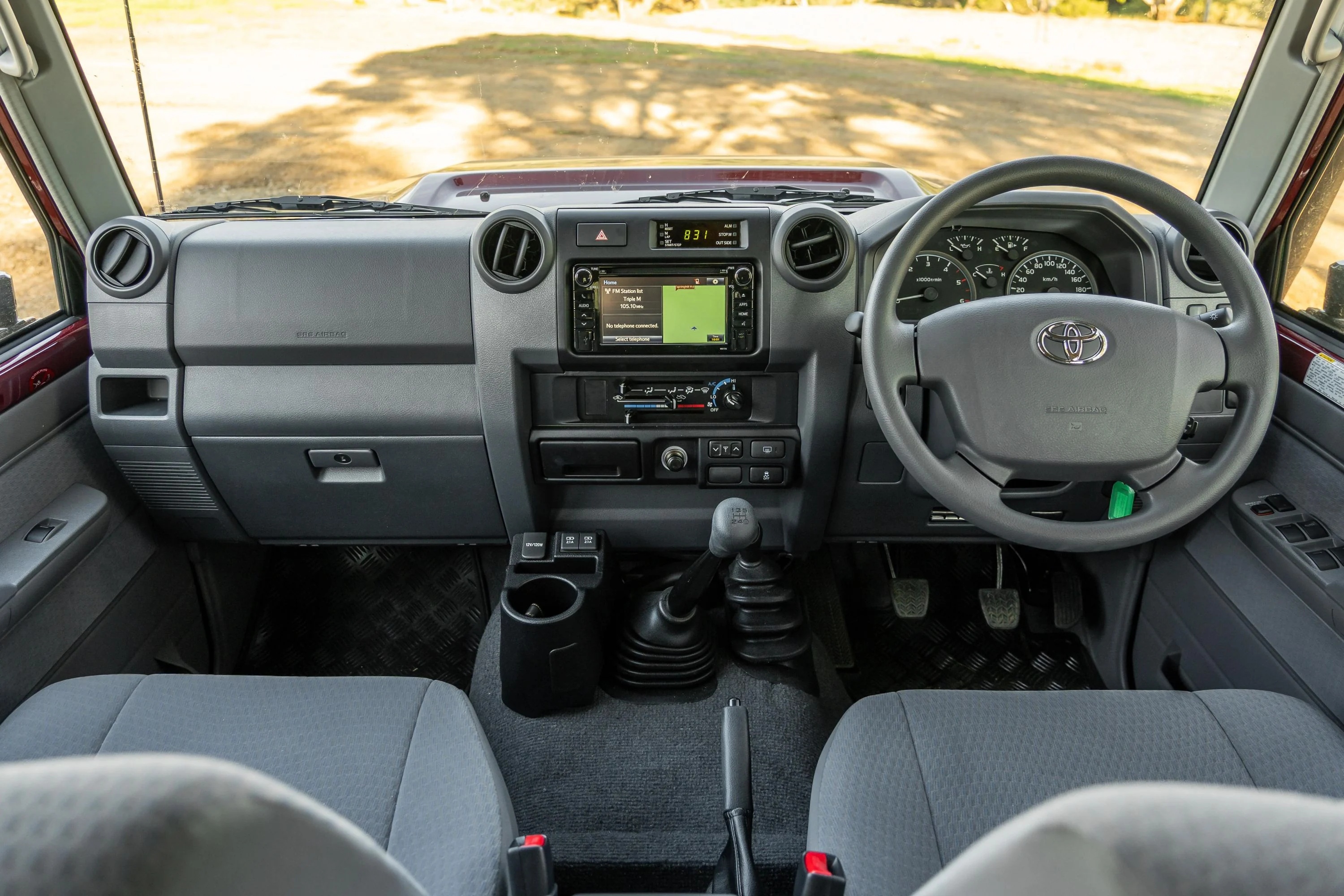 SsangYong Rexton Ultimate is aimed at the recreational family buyer that heads off road and wants to tow something. It is good off road, but will probably be used more by the part time adventurous brigade, and even the Grey Nomads, […]

We got up a tad earlier than the day before being a Saturday morning to ensure we got ourselves a car spot as Thredbo on a weekend is very busy and more often than not the carpark fills up by 9am! […]