This is an open category in terms of price but the cut-off point is a 0-100kmh time of 5.0 seconds. We use the manufacturers claimed times for the criteria.

There are a couple of notable exclusions as a result of this rule. The surprisingly fast and smooth Genesis GV70 3.5T Sport and the Audi SQ5 TDi Quattro both with a claimed time of 5.1 seconds. But there had to be a cut-off point somewhere. Note that I would happily own either of these cars.

Surprisingly it’s a heavily contested segment with the sports SUV replacing sports saloons and coupes in popularity over the last few years.

There is a long list of possible nominees and in the final article we list them and their 0-100kmh times.

Outright speed isn’t the sole criteria, as often to lose a few tenths of a second in 0-100kmh time the prices escalates exponentially. Likewise top speed is purely theoretical in Australia with our speed laws.

Affordability, smoothness and the ease of living with the SUV every day also play an important part in the decision. Getting this list down to three nominees is almost impossible

Here is the full list of the Sports SUVs that we chose from. Its a list of 0-100kmh times for comparison. 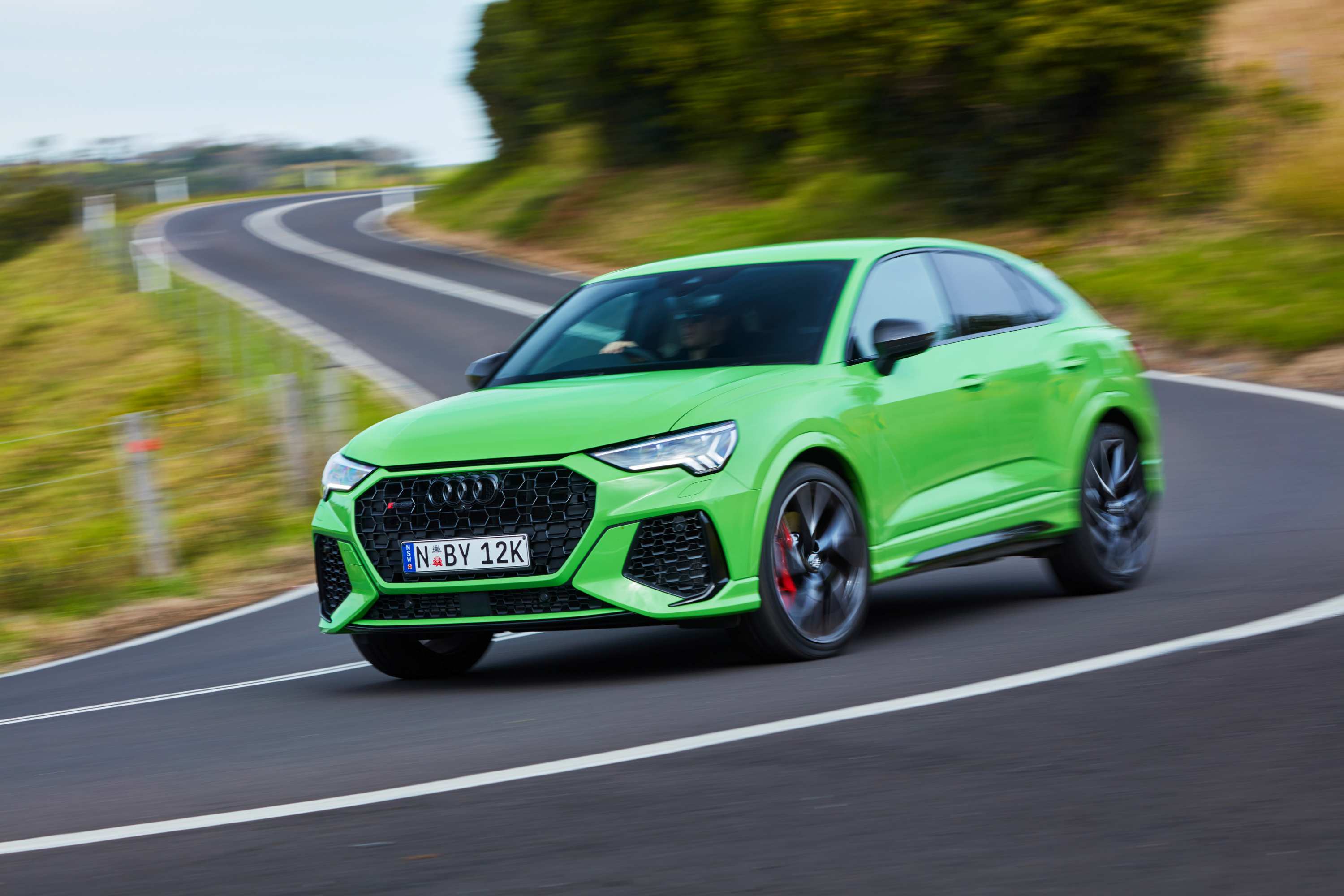 Audi RSQ3 – Audi introduced the RSQ3 in late 2020, first in Quattro SUV version then later in the elegant Sportback style.

RSQ3 Sportback has it all, style, grace and pace 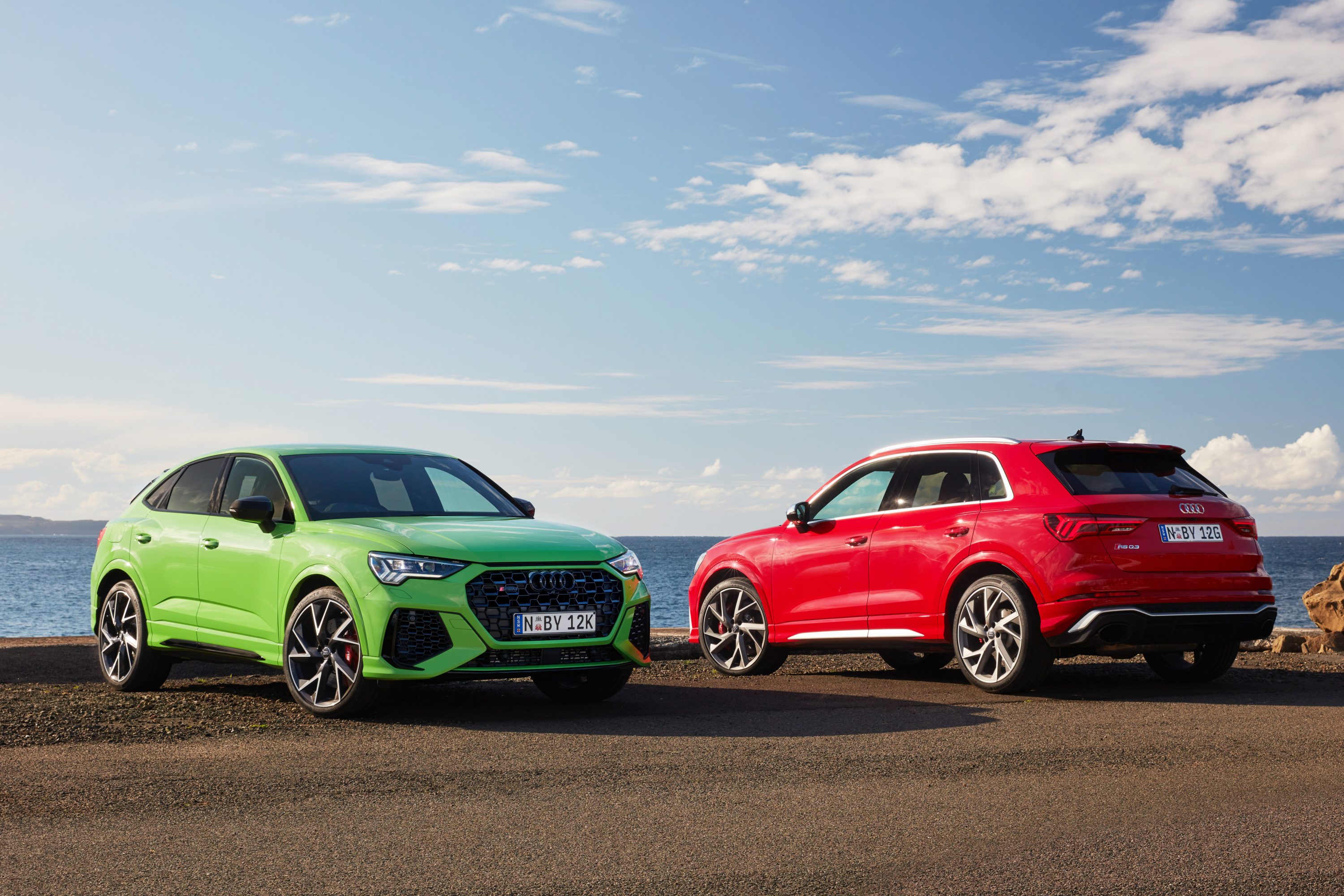 There is one engine the sublime 294kW/480Nm 2.5 TFSI turbo five-cylinder also used in the Audi RS3. Of course it comes with Quattro drive and a seven speed sports automatic dual clutch transmission.

The award is for both models. 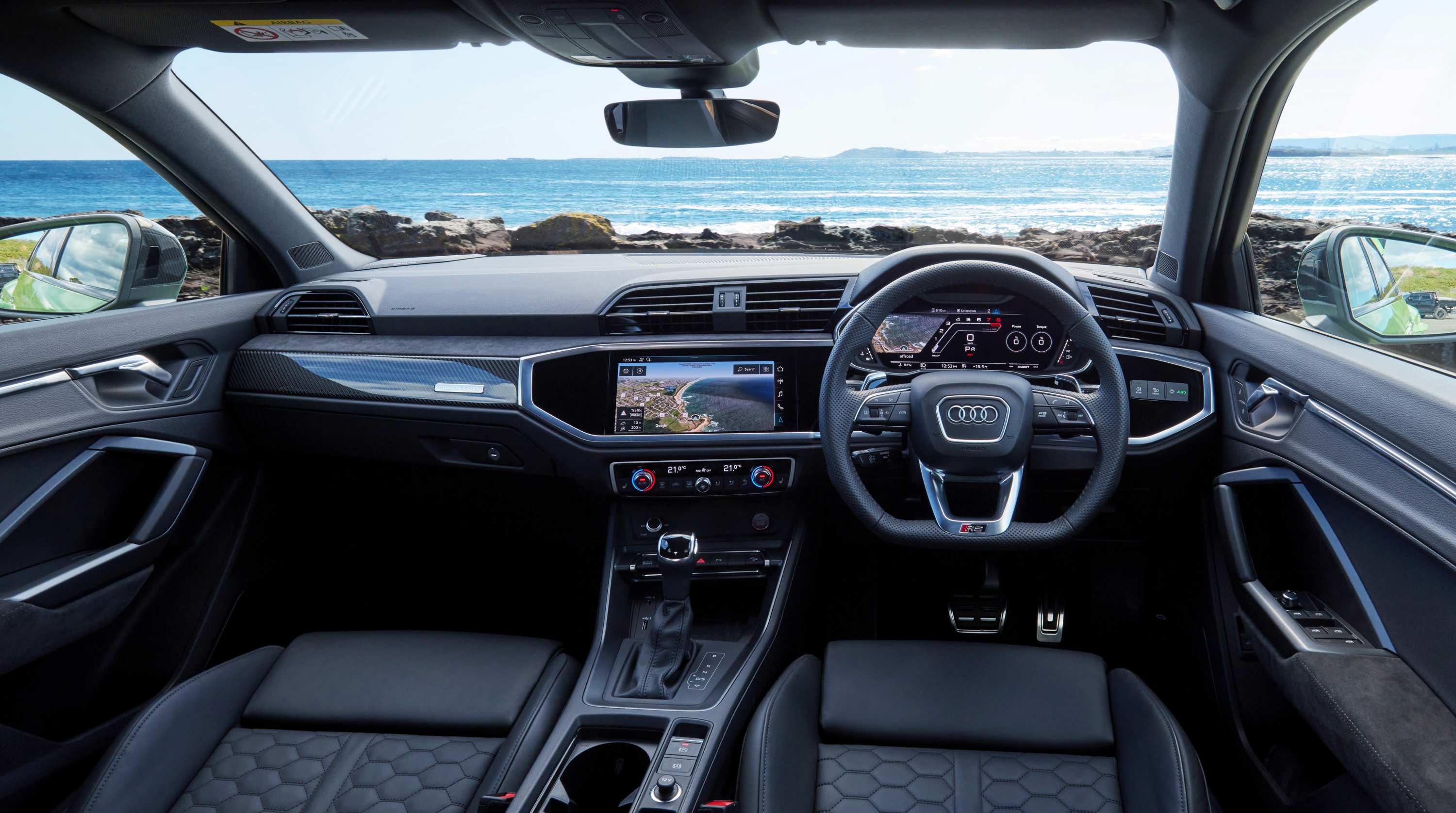 The RSQ3 is good looking in SUV design and elegant in Sportback design. My favourite is the Sportback, it’s a coupe style that has grace and presence. 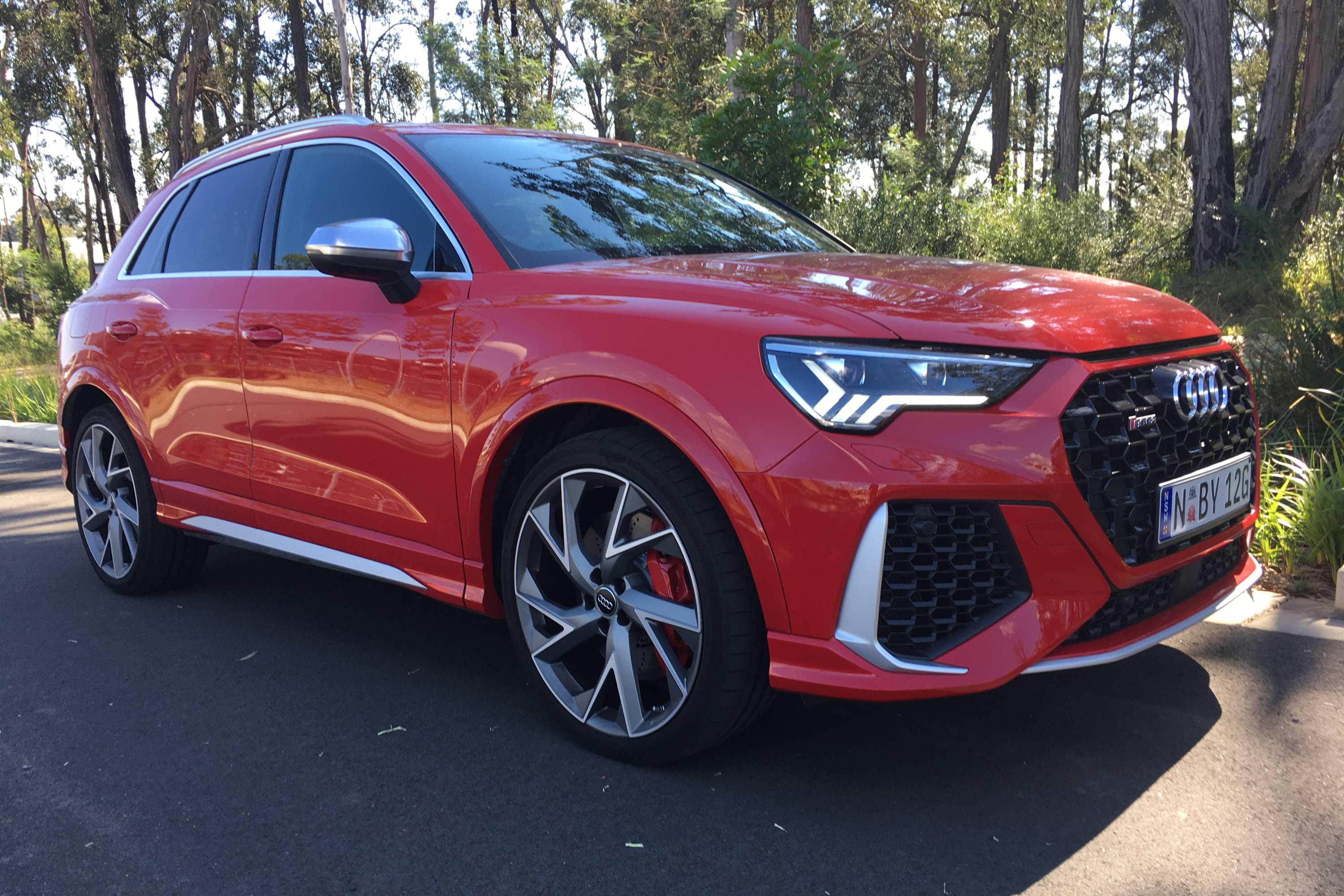 Inside the RSQ3 continues Audi tradition of exemplary cockpits. It has everything you need and is deliberately driver focussed.

RS Sports leather seats with stitched quilted face, are supportive and comfortable, The 12.3 inch virtual cockpit allows for RS mode and the central screen set up allows clear and precise information for the driver.

There are little comfort features such as 3-zone climate control and the 40:20:40 split rear seat that also slides fore and aft for added versatility. Boot space is good in both, but the sloping roofline in the Sportback does limit it a touch. 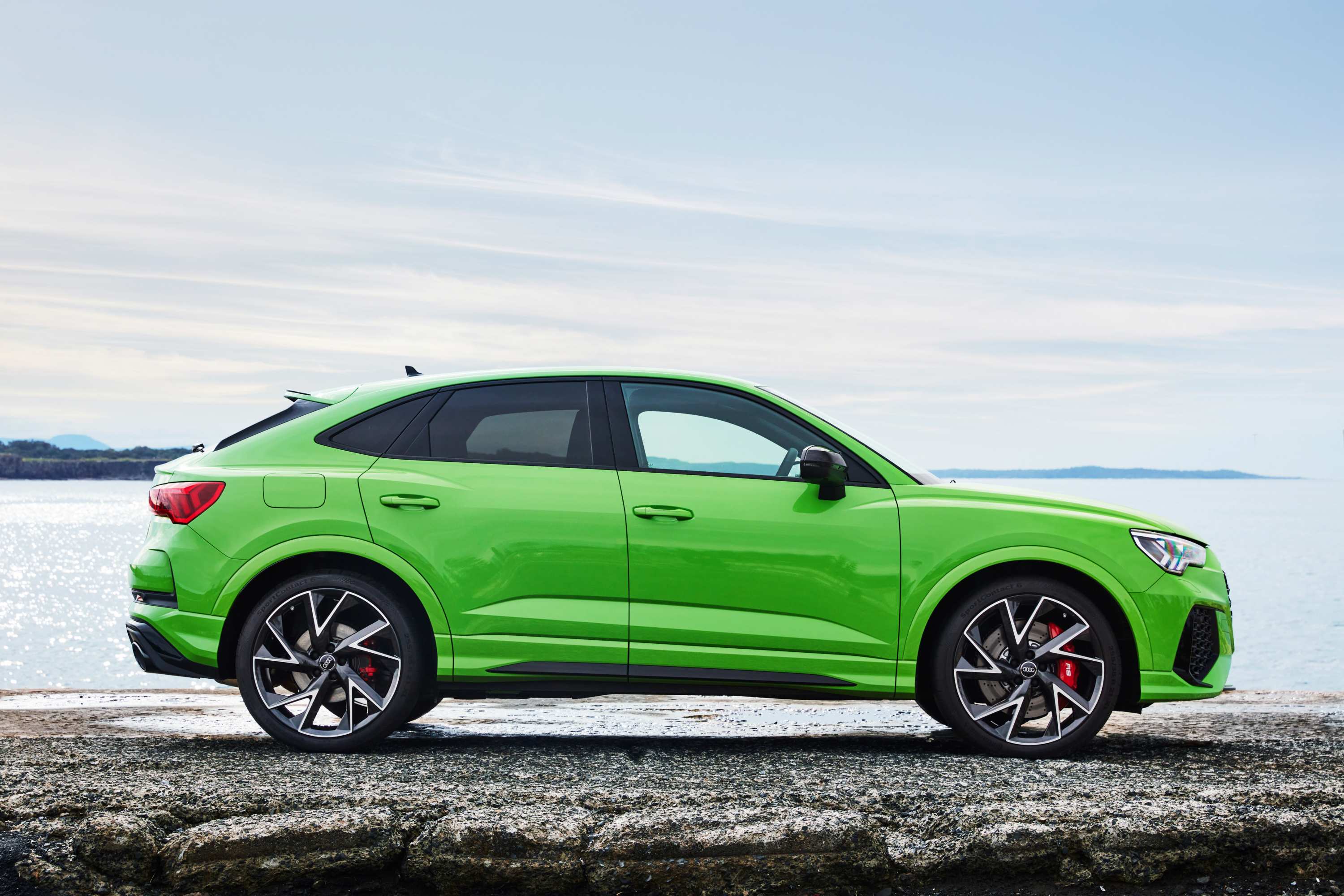 Infotainment and connectivity is catered for by MMI navigation plus with MMI touch, Bang & Olufsen 3D Sound System (15 speakers, 680 watts). 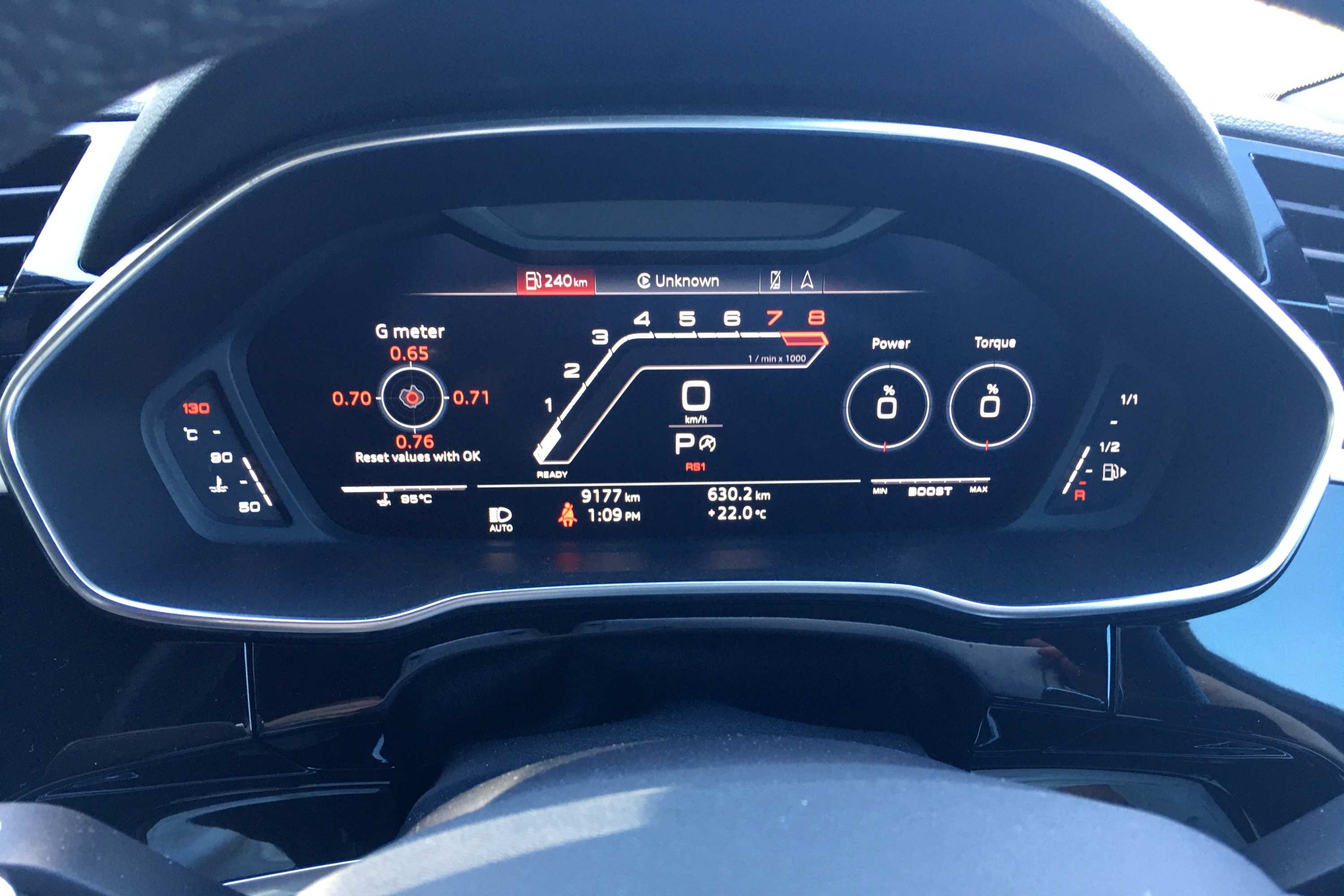 The beating heart of the RSQ3 is a sublime 2.5-litre five-cylinder turbocharged petrol engine, developing 294kW of power and peak torque of 480Nm.

This will propel the RSQ3 from 0-100km/h in just 4.5 seconds, assisted by quattro all-wheel drive and the fast-shifting seven-speed S tronic automatic transmission. It will top out at an electronically limited 250kmh. Not that we will ever be able to see that on Australian roads unfortunately.

Sheer performance doesn’t give the RSQ3 full credit. It changes from an urban SUV to a howling beast. It’s also easy to potter around town like a normal SUV.

RSQ3 is deceptively quick. It’s so quiet and smooth that sometimes you don’t realise how quick it is.

The other thing that the 5 cylinder engine provides is aural delight. The exhaust note is music to the ears. 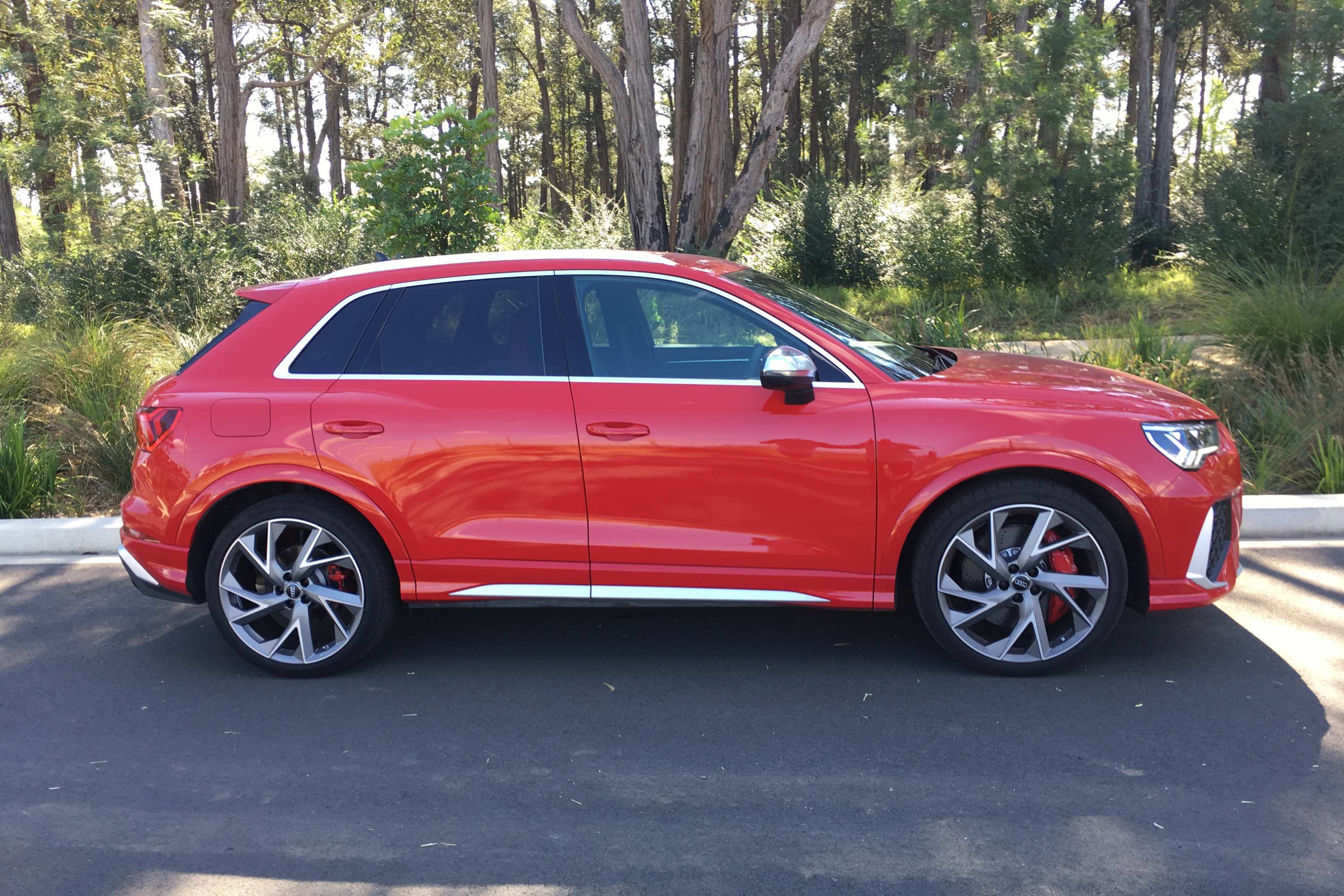 Audi RSQ3 is a performance bargain

It becomes a part of you and has a playful personality.

It looks good, goes fast when asked, and is economical and not too expensive.

It’s not the fastest SUV we have tested, but it perhaps has the best balance between style, performance and price.

What more could you ask for. 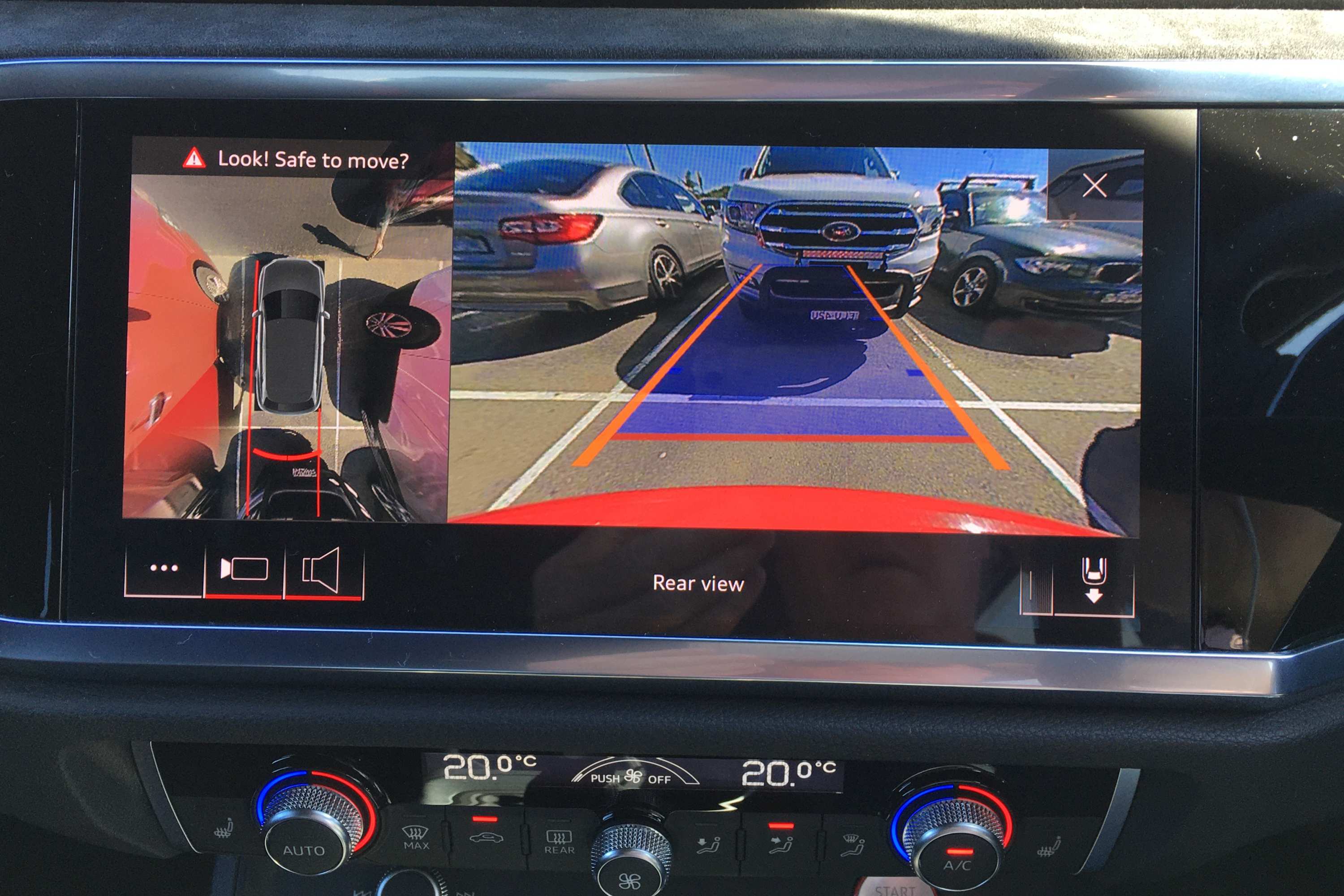 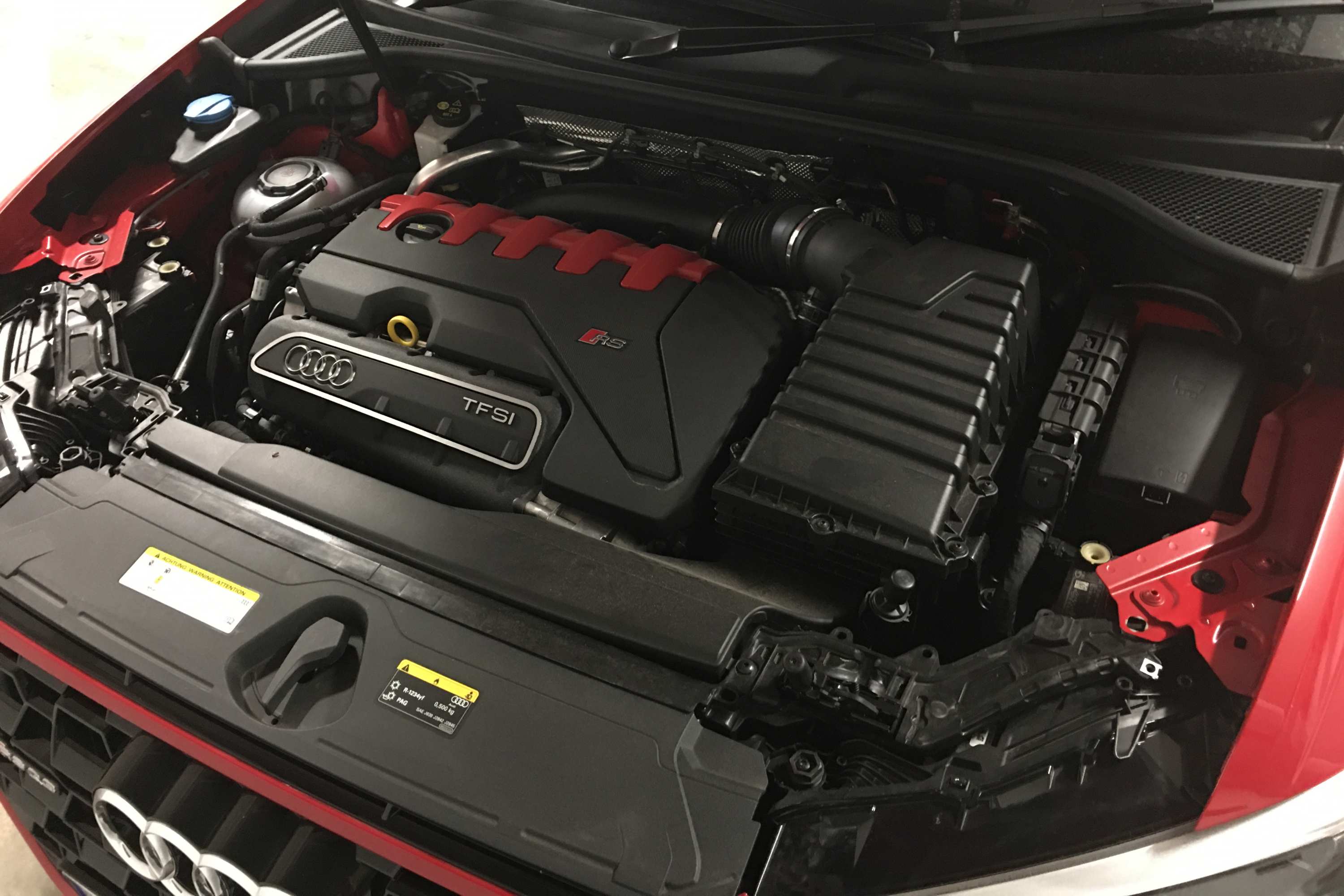 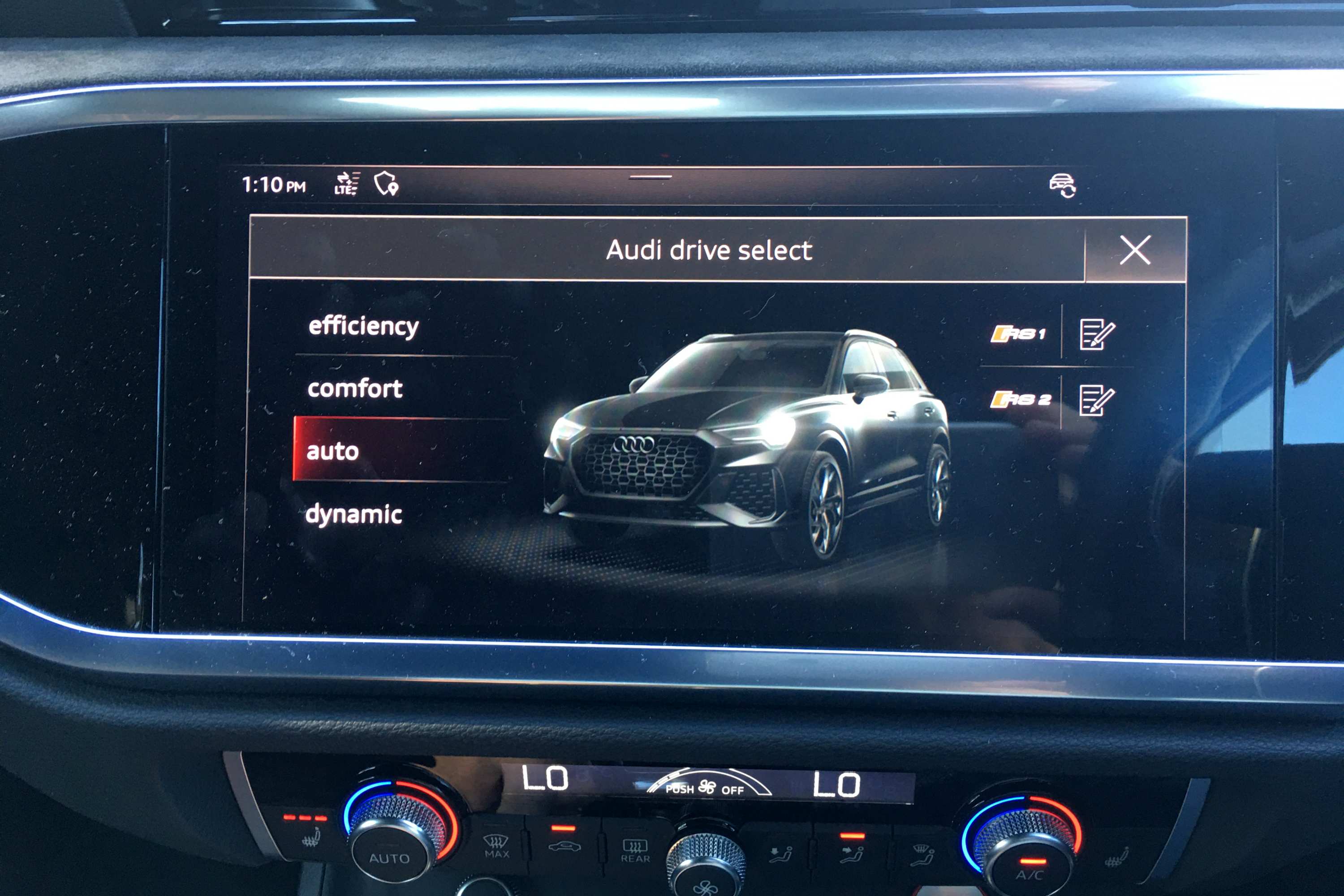 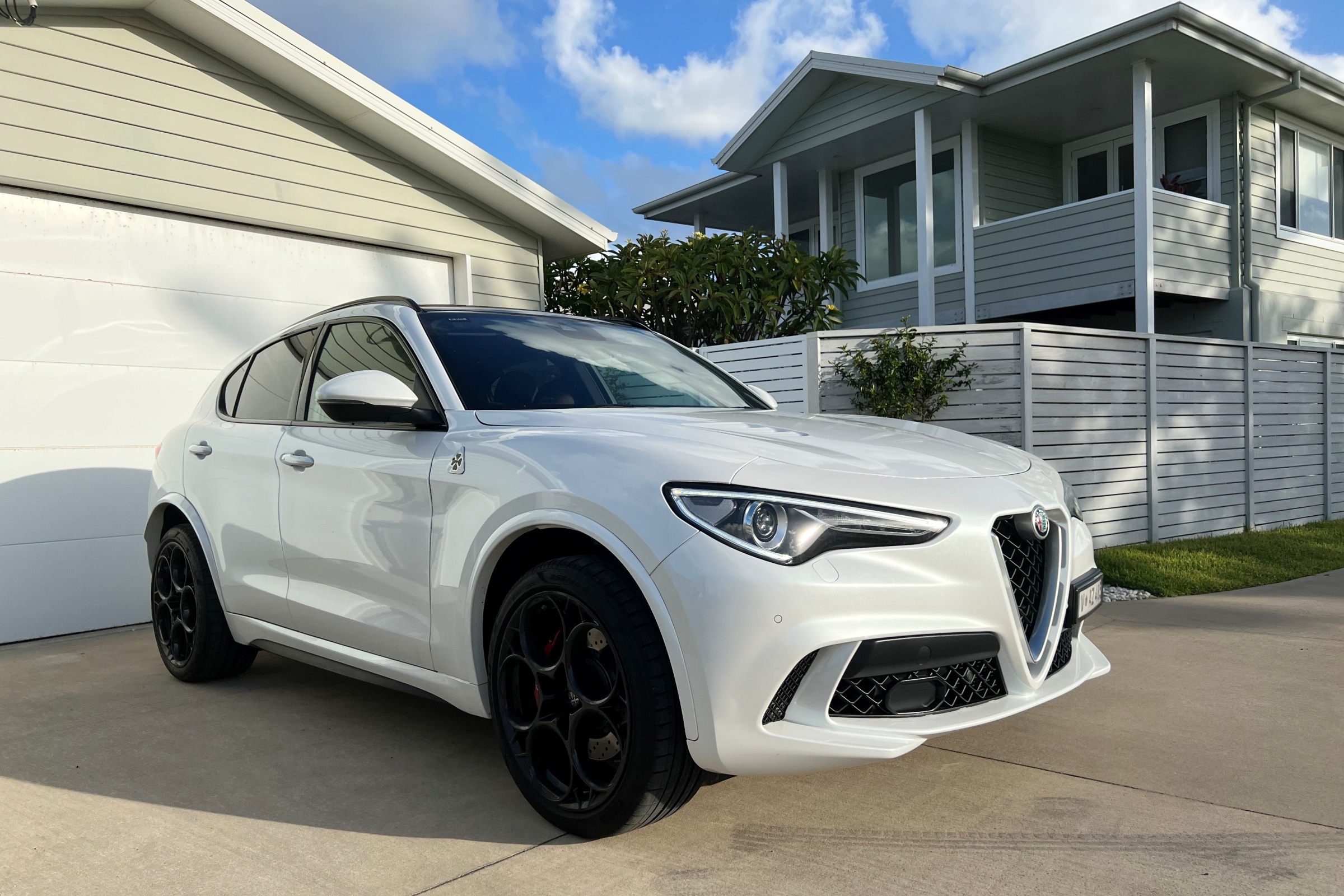 In the world of sports SUVs the Alfa Romeo Stelvio Quadrifoglio stands almost apart from all the others.

Here is an AWD SUV that is both beautiful to look at and beautiful to drive. It certainly attracted plenty of attention and compliments about its design when I was out and about.

Figures tell you one thing, driving tells us another. While many sports SUVs with that kind of performance tend to be a bit brutal in delivery, the Alfa is all smoothness and finesse.

In fact the Stelvio Quadrifoglio is deceptively quick, the acceleration, when you plant the right foot is exhilarating and there is a sharp raspy exhaust note.

The closest to The Stelvio Quadrifoglio in terms of price performance ratio and smoothness is the Jaguar F-PACE SVR, which is also beautiful in design.

In the week I had the Stelvio I absolutely loved driving it. You also have to pay a LOT more to get anything faster and that’s saying something. Your talking Lamborghini Urus which is almost  three times the price. 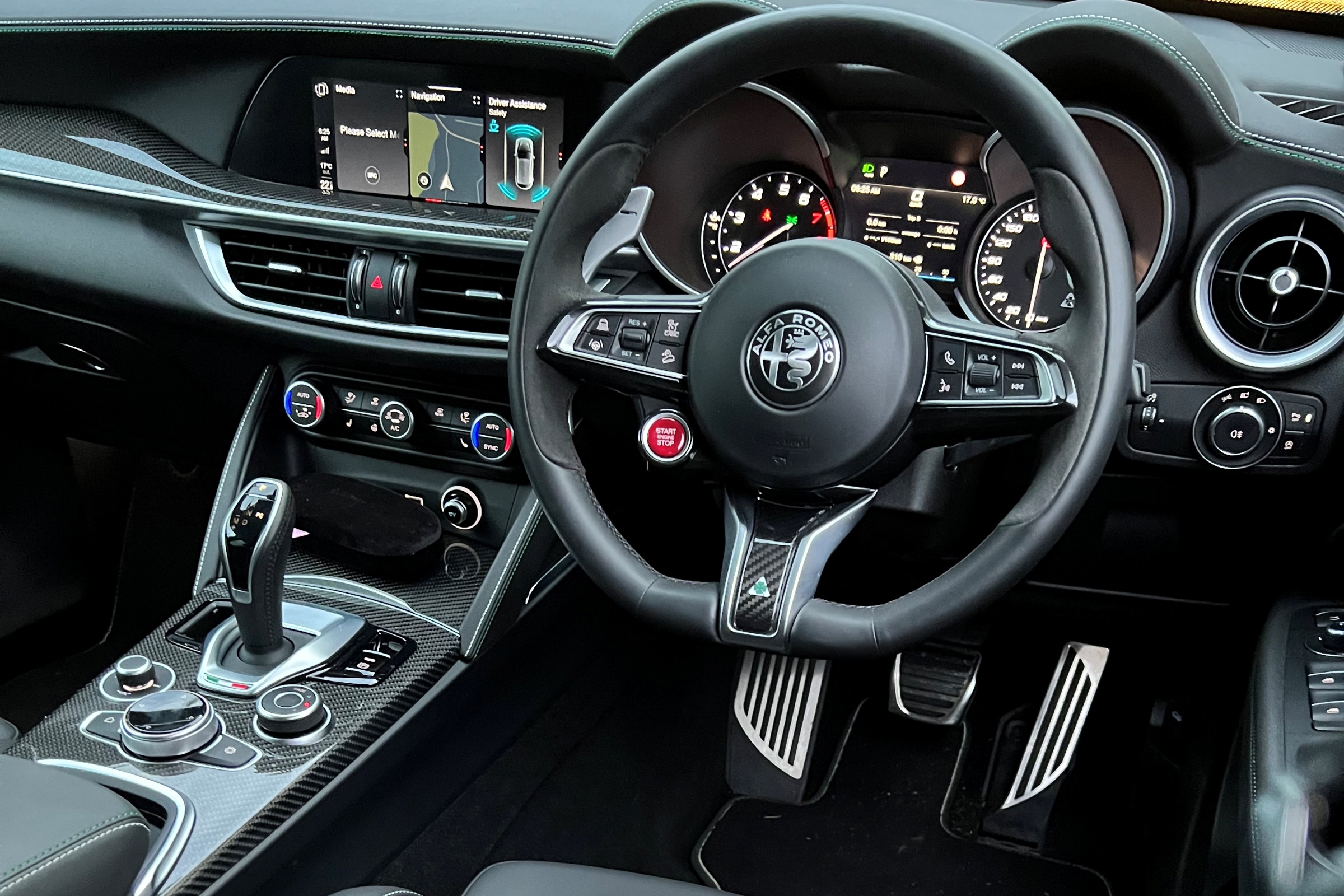 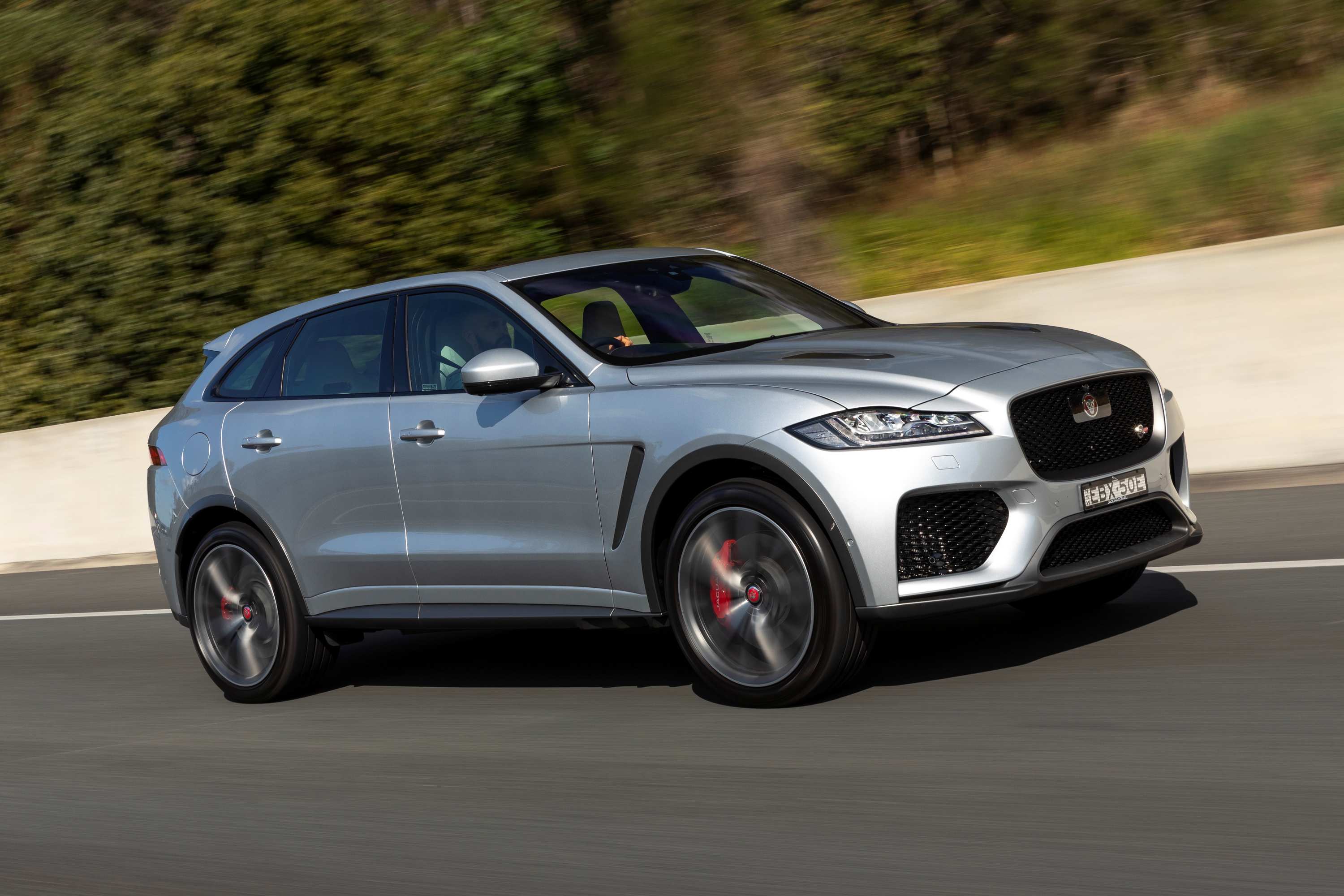 Jaguar has added the delicious SVR version to its successful F-PACE range.

It shares much of the same architecture as the glorious F-Type all packaged in a beautiful shape that seems to get the design balance just right.

Jaguar SVR brings with it a host of performance additions, exterior modifications and interior trim. The main one however is the delicious 405 Kw 5.0L supercharged V8.

The chassis dynamics handled everything asked of it without fuss, the sound of the exhaust is awesome.

The balance between steering input and throttle input allows the driver to revel in the responsiveness and balance.

In short the SVR is the complete package for Sport SUV driving engagement.

Priced from a bit over $140,000 plus the usual costs it’s not for everyone but those that do buy one will not be disappointed. 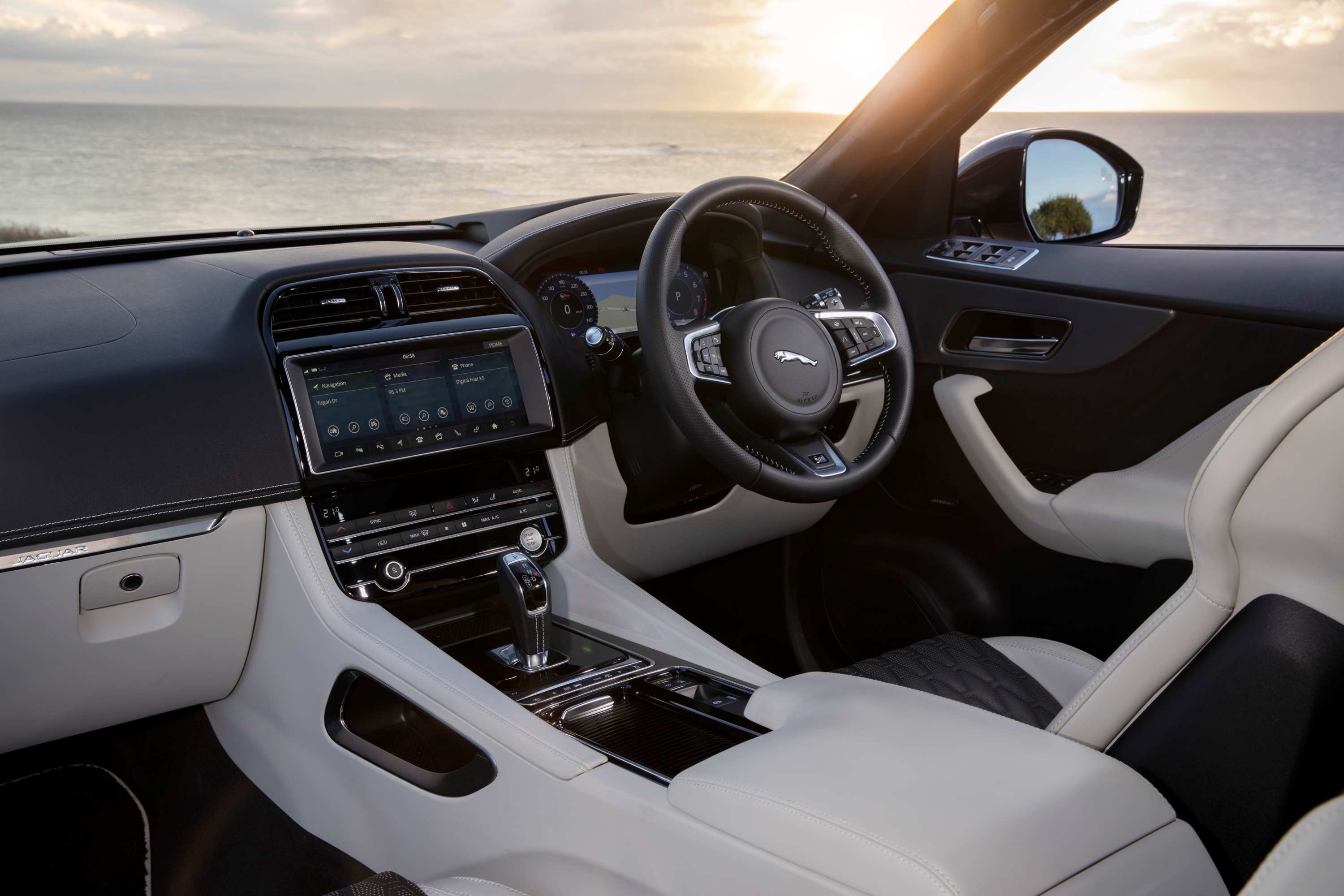 Along with the surge in SUV popularity over the last 10 years or so, has come the inevitable replacement of prestige saloons with prestige SUVs. […]

F-PACE SVR provides stunning performance, ride and handling while transporting the family of four with luggage in luxury, comfort and style. It is exceptionally fast point to point. In short it fits the brief of a Sport AWD SUV perfectly.    […]