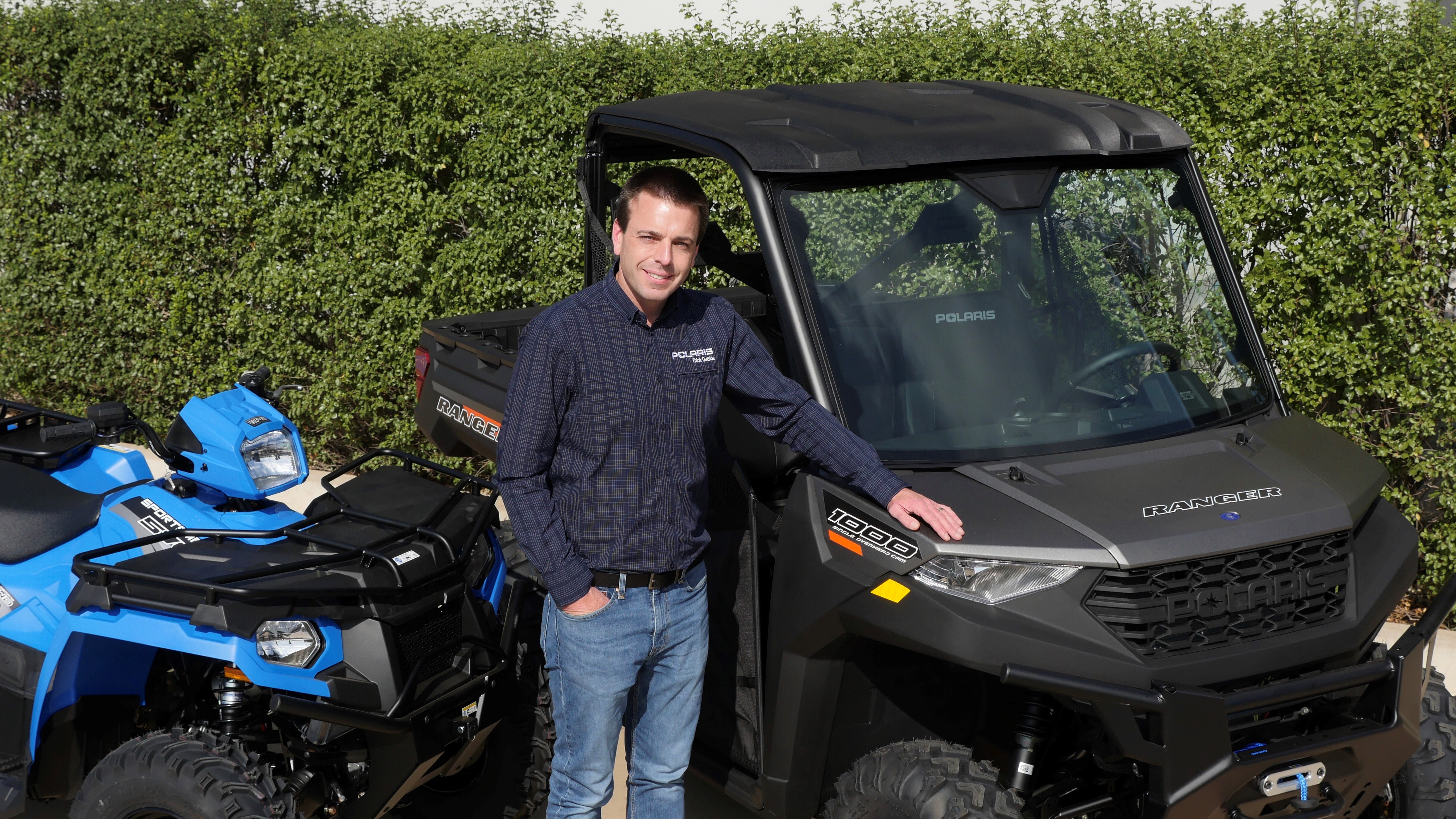 Australia’s market leader in off-road vehicles, Polaris Inc. (NYSE: PII), has announced it will withdraw all ATV (quad bike) models from sale in the Australian market prior to October 2020 when stage one of the new Consumer Goods (Quad Bikes) Safety Standard 2019 takes effect.

The new Standard takes effect in two stages from 11th October 2020 and 11th October 2021 respectively.  Whilst it already holds the required US or European standards for its ATV (quad bikes) and has the capability to comply with the testing and labelling required under stage one of the new Standard, Polaris has deemed the process of complying to be unviable considering the rapidly reducing size of the ATV (quad bike) market, the fact it had already committed to withdraw ATV (quad bikes) from the market by October 2021 when fitment of so-called “Operator Protection Devices” (OPD’s) becomes mandatory and the substantial range of vehicle alternatives Polaris already offers through its 30 models with properly engineered Roll Over Protection Structures (ROPS).

Polaris has actively opposed the fitment of so-called OPD’s due to the lack of reliable science or evidence to support the safety claims made of such devices, and the fact that research indicates these devices will likely cause as many injuries as they prevent.  Whilst it had the option to comply with stage one and remain in the ATV (quad bike) market for a further 12 months (until October 2021), until so-called OPD fitment becomes mandatory, Polaris believes the requirements to do so make this an unviable short-term proposition and will instead focus on the 30 models with properly engineered ROPS it already offers in the Australian market. 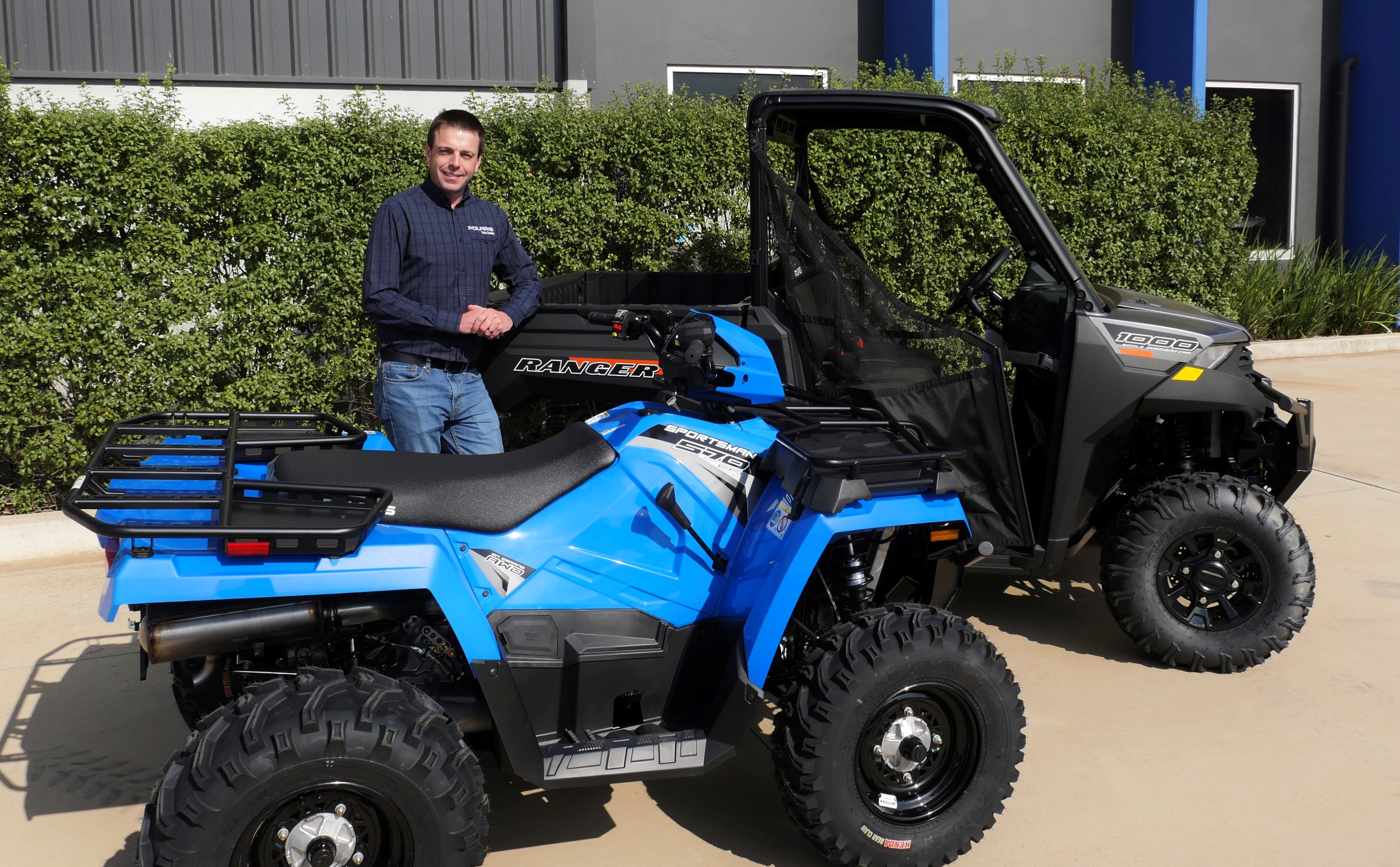 “Over recent years the Australian off-road vehicle market has experienced record levels of transference as farmers transition en masse from quad bikes, to Side by Side vehicles,” said Alan Collins, Managing Director of Polaris Australia & New Zealand.  “Polaris has led this transition with its industry-leading range of 30 vehicles with ROPS, and the market shift has been helped along in no small part by the safety rebates offered by SafeWork NSW and WorkSafe Victoria.”

“Considering the vast contraction of the quad bike market over the past five years as customers flock to Side by Side vehicles with properly engineered ROPS and factory integrated safety technologies, Polaris maintains its view that the market itself would end up signaling the end for quad bikes over coming years anyway through sheer lack of demand driven by the availability, benefits and range of Side by Side vehicles.”

“Polaris has publicly stated numerous times that we believed within 24 months the quad bike market would be minimal at best, as the market shift away from ATVs (quad bikes) and towards Side by Side products was in full force long before any government mandates or safety standards were enacted – obviously this shift will now accelerate even further over the coming two years as the Consumer Goods (Quad Bikes) Safety Standard 2019 takes effect.”

As it moves to exit the ATV (quad bike) market by October, Polaris’ focus going forward will be on ensuring Side by Sides are accessible and offer a strong value equation for customers, with models such as the entry-level Ranger 500 boasting a price point cheaper than most competitors 500cc ATVs (quad bikes) to offer consumers the confidence of a Ranger for the price of a quad.

Polaris is withdrawing all ATVs (quad bikes) from sale by October 2020, including its current 50cc and 110cc Outlaw youth models.  However, Polaris will continue to offer its incredibly unique, ROPS equipped, youth range comprising the single-seat ACE 150, sporty RZR 170 and Ranger 150 which is equipped with app-based speed control and geo-fencing.

Polaris and its dealers are already clearing the remaining stock of ATVs (quad bikes) ahead of the October 2020 deadline, so with stock already running low – Polaris urges customers to get in quickly if they wish to get their hands on one of the last remaining Polaris ATVs (quad bikes) in Australia.

Polaris ATVs (quad bikes) will very much remain in production for the rest of the world’s markets and full product support for parts and warranty will continue in Australia for at least the next decade.

About Rob Fraser 1034 Articles
Rob Fraser – General dogsbody & Director Rob is the founder of the business. He constantly mutters something about way too many red wines one evening being to blame. He first learned to drive on the farm in a left hand drive WW11 Jeep when he was 11, many years ago. He has maintained a strong interest in the industry ever since and was hooked on 4WDriving way back then. Having previously lived at the top of corporate life he retired in 2000 and hasn’t put a suit and tie on since. Cars are his passion so why not have a business doing what you love he figures. He has towed either a caravan or camper trailer to most parts of Australia, has run guided tours for camper trailers’ and instructed drivers in off road towing Often known for taking the 4WD in the driveway over the sports car, he has travelled pretty much everywhere in Australia and when he is bored goes for a drive.

Polaris ATVs and Side x Sides top sellers in 2015

Polaris’ unique and made for Australia UTE 570 Heavy Duty (HD) has become a sought after commodity on farms Australia wide and is the number one model in the big-bore (451+) ATV category, Polaris now boasts a range of twenty models with a Roll-Over-Protection-System (ROPS) with the Ranger, ACE and RZR models. […]

February 1, 2016 Rob Fraser ATV, Quad, Side by Side & Motorbikes, Uncategorized 0

The radically styled Yamaha YXZ1000R is a new kind of Recreational Off Road Vehicle (ROV) that has been conceived, engineered and manufactured as a 100% pure sports recreational model. Powered by a new generation torque-rich three cylinder engine driving though a rally-style five-speed sequential transmission […]

Polaris Racing Australia is entering the famed 2014 Finke Desert Race. This is the first time Polaris has entered the Finke Desert Race and the bike is the “Finke” spec Polaris RZR XP 1000. […]