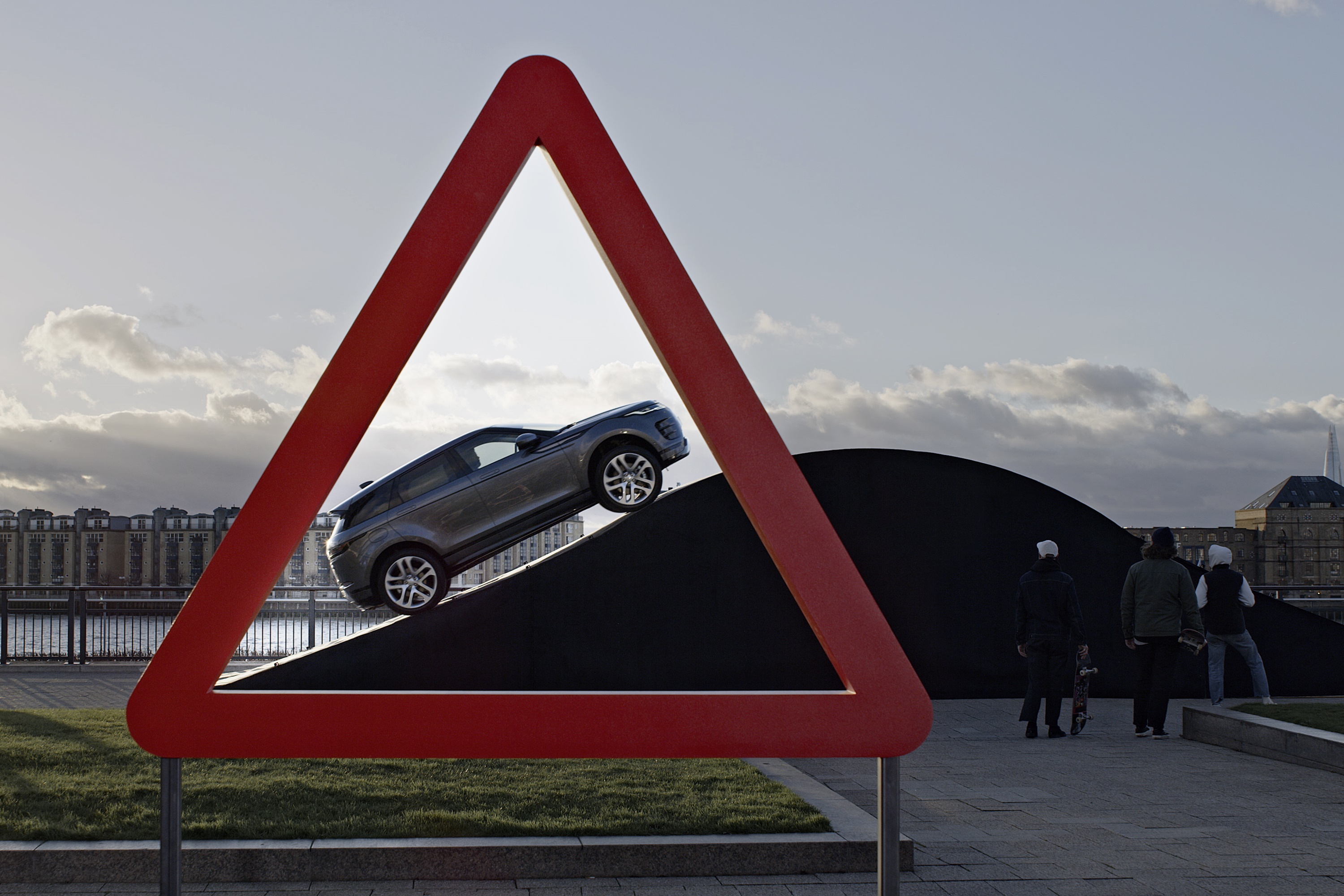 In the UKLand Rover has brought a series of well-known road signs to life as part of a unique urban capability test for the New Range Rover Evoque. The original compact SUV not only showcased its all-terrain credentials in London’s financial district, but also demonstrated the smart technology that makes it a leader in its class. 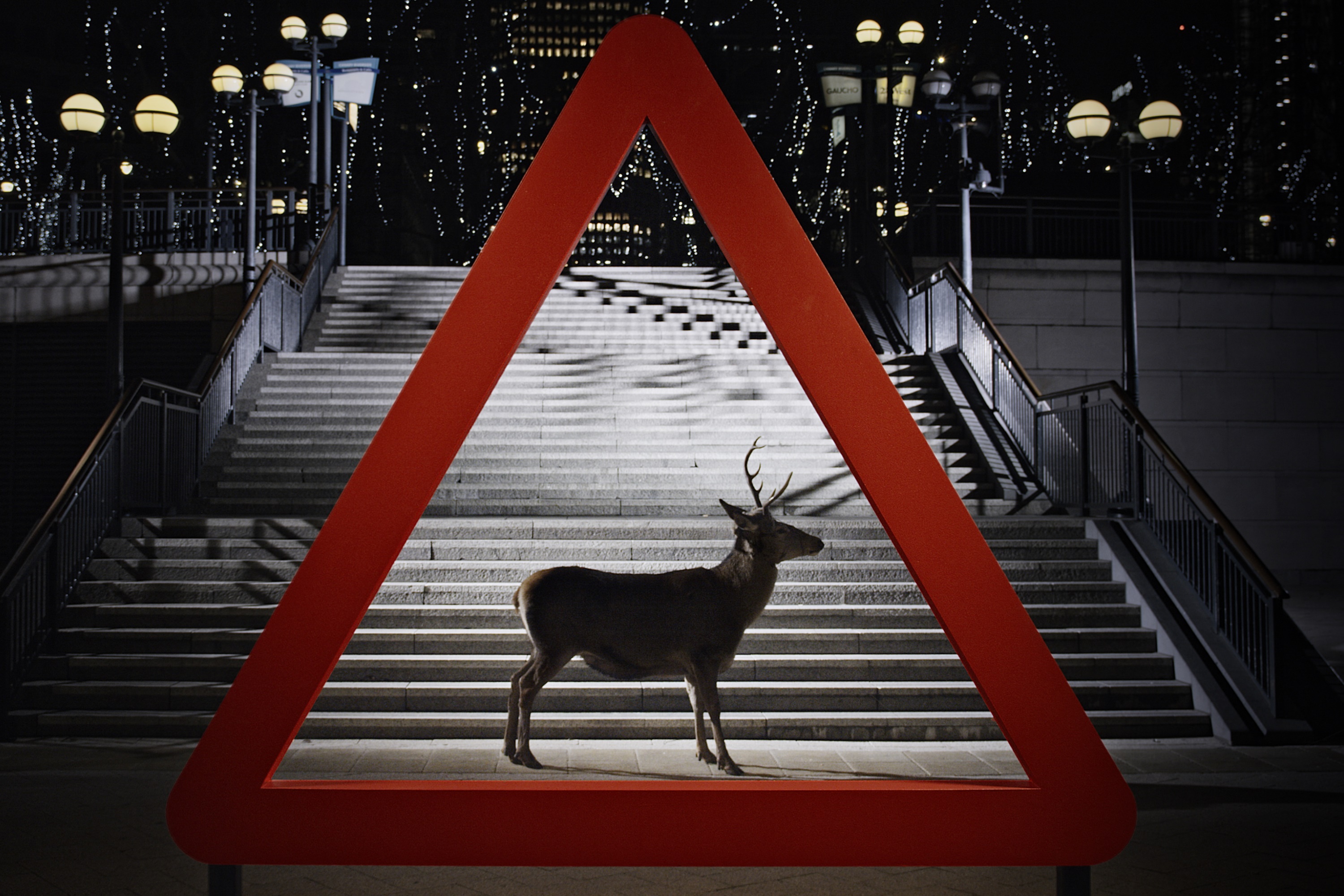 Pete Simkin, Chief Programme Engineer, said: “The New Range Rover Evoque is built for the city, but not at the expense of trademark all-terrain capability. Bringing these two worlds together in such an eye-catching and unique way was a great demonstration of the engineering and technical revolution behind our luxury compact SUV.”

On the banks of the River Thames, the smallest SUV in the Range Rover family negotiated a 40-degree ramp representing ‘steep hill’ to demonstrate how the new Evoque’s short overhangs, 25-degree approach angle and use of Land Rover’s renowned Hill Descent Control enable the Evoque to go above and beyond.

A real-world version of ‘wild animals’ then deftly demonstrated the segment-first ClearSight Rear View Mirror technology. With the flick of a switch, this smart tech enables the driver to see past objects obscuring visibility of the road behind. 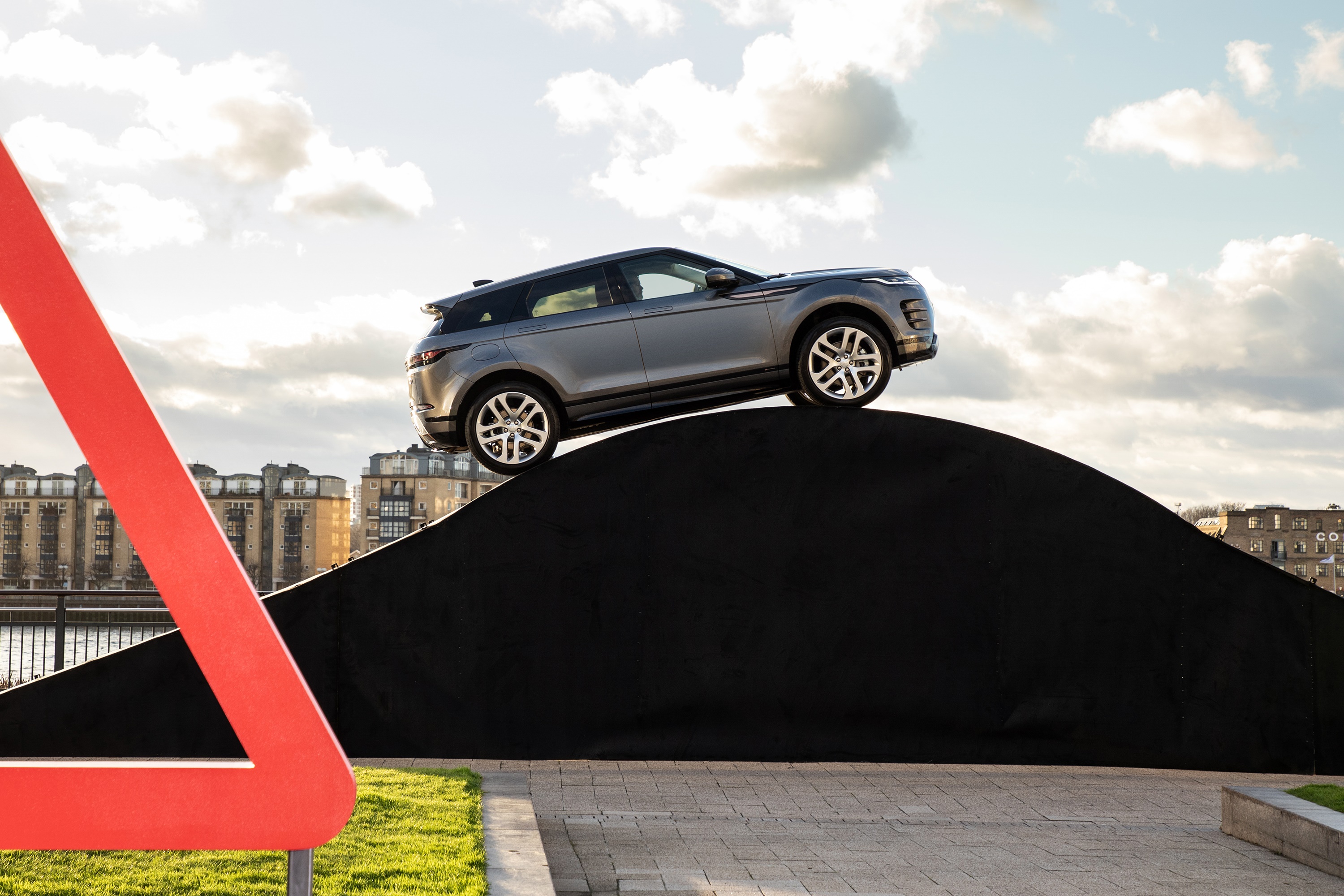 The Range Rover Evoque has been built on Land Rover’s new Premium Transverse Architecture to accommodate plug-in and mild hybrid systems; a Plug-in Hybrid Electric Vehicle (PHEV) powertrain will join the range later this year. Offered with a suite of advanced technologies from launch – including the world’s first ‘Ground View’ technology – the new Evoque is more capable than ever before providing driving refinement, precise body control and agile handling across any terrain.

About Rob Fraser 947 Articles
Rob Fraser – General dogsbody & Director Rob is the founder of the business. He constantly mutters something about way too many red wines one evening being to blame. He first learned to drive on the farm in a left hand drive WW11 Jeep when he was 11, many years ago. He has maintained a strong interest in the industry ever since and was hooked on 4WDriving way back then. Having previously lived at the top of corporate life he retired in 2000 and hasn’t put a suit and tie on since. Cars are his passion so why not have a business doing what you love he figures. He has towed either a caravan or camper trailer to most parts of Australia, has run guided tours for camper trailers’ and instructed drivers in off road towing Often known for taking the 4WD in the driveway over the sports car, he has travelled pretty much everywhere in Australia and when he is bored goes for a drive.

In typical Mazda style the CX5 Maxx Sport 2.2L Diesel has a sporty dynamic and with the power characteristics of the diesel engine it does encourage a sporty feel to the driving. This is more so with the diesel than the petrol. […]