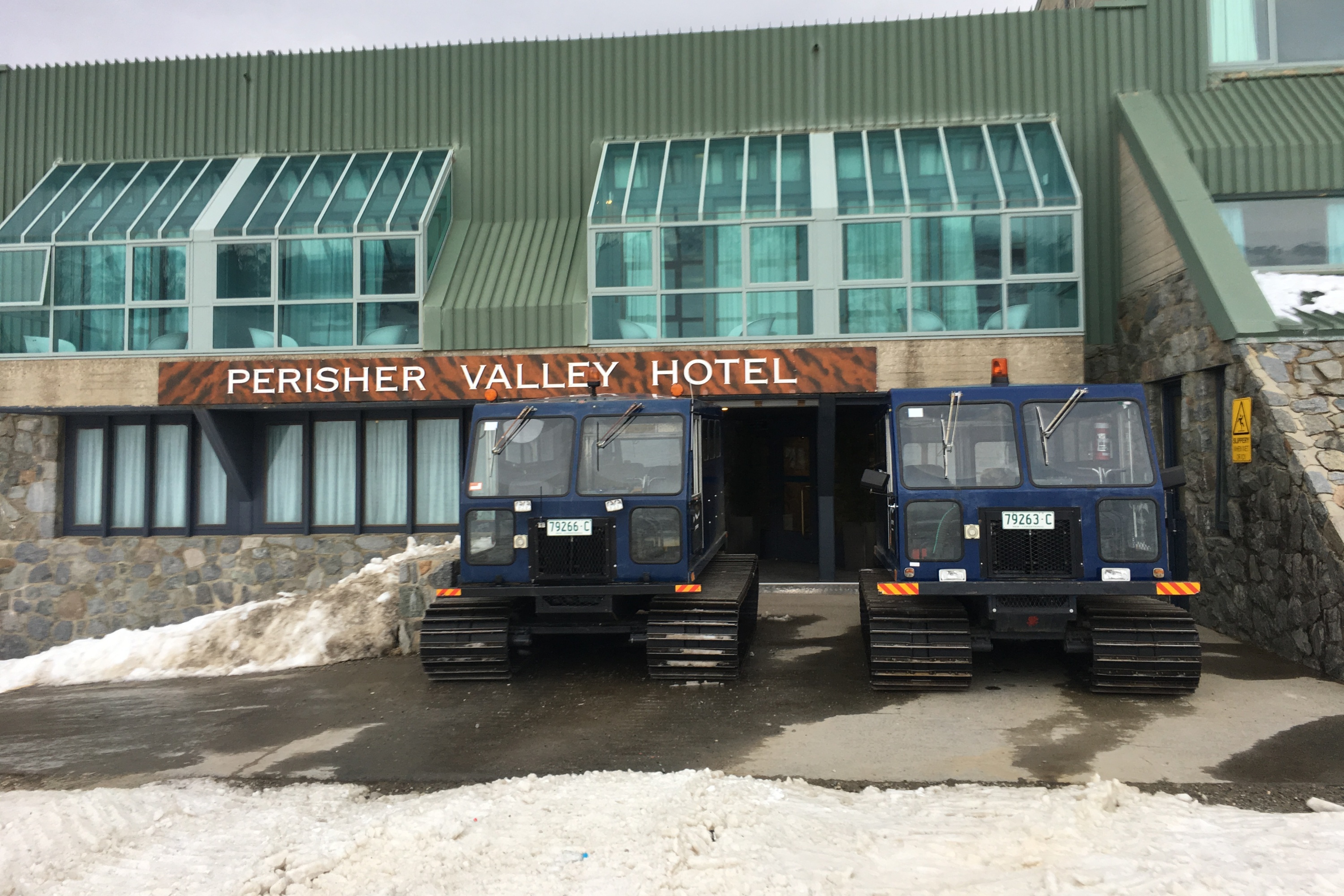 Following on Part 1 of our trip to Perisher we arrived at the Perisher Hotel. They have a dedicated parking spot for visitors and an overland transport to take you to the hotel. It’s a little unusual but fun nevertheless. 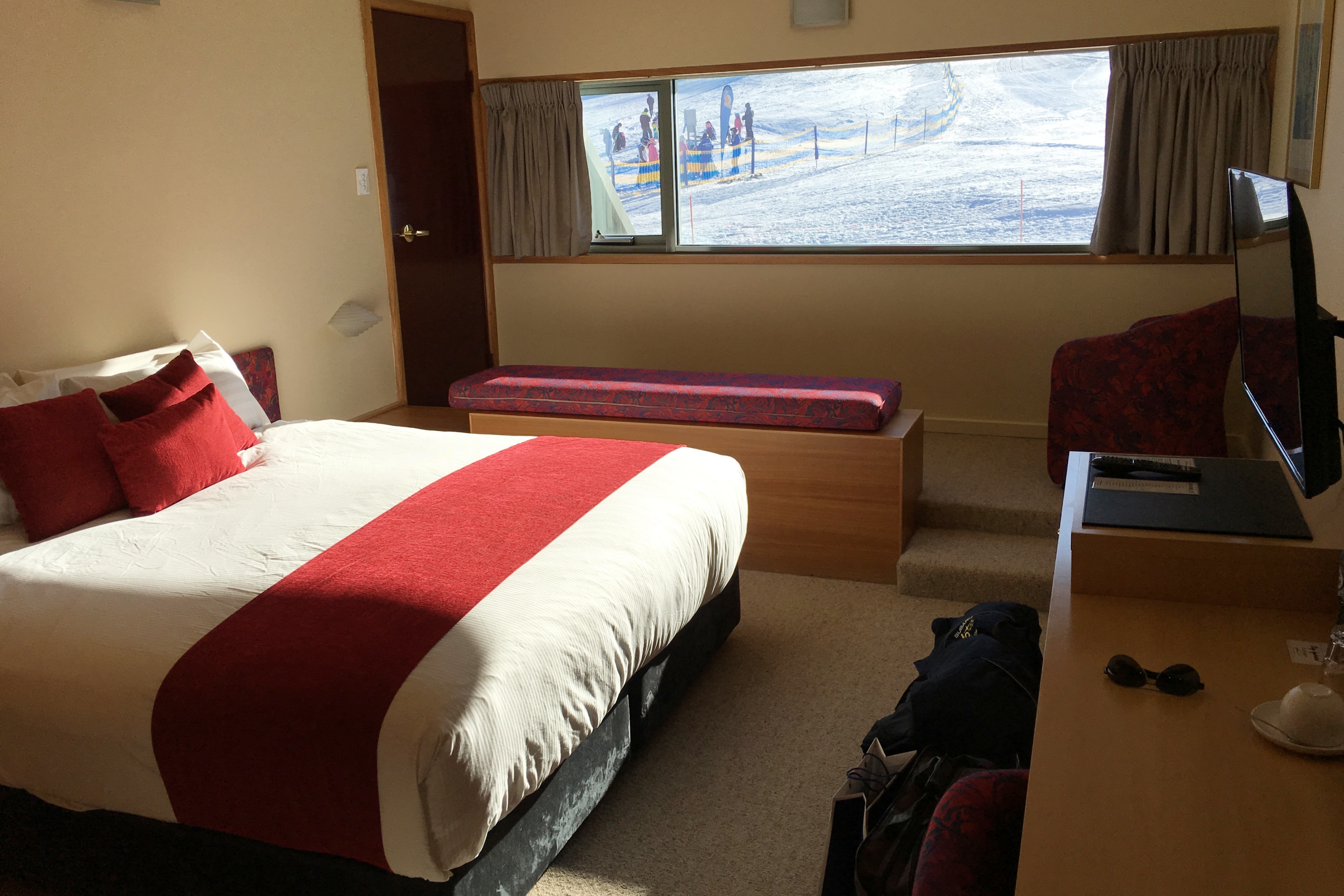 Jackpot I scored a room overlooking the slopes. To be able to sit and look directly at the ski slopes is part of the magic of going to the snow. This is something I don’t take for granted. Unfortunately my knees don’t allow me to indulge in skiing any more so the Apres experience is it for me. However I make sure to indulge in that. The evening was spent firstly around the fire sipping warm cider, very nice, then to a pleasant meal in the restaurant. 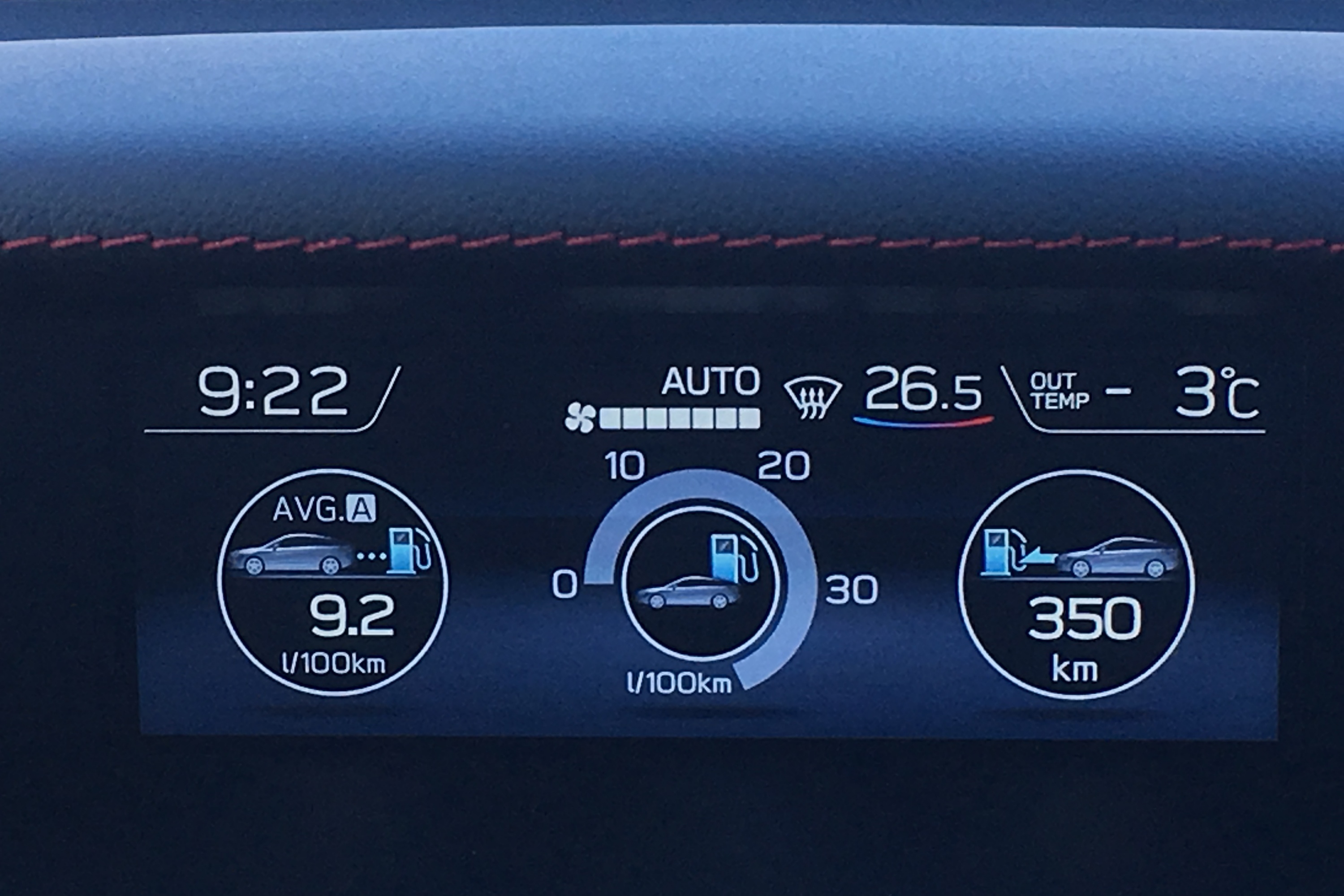 Morning saw a little snow overnight and a temperature of minus 3 degrees. I wanted to go for a drive and explore Guthega and head down to Jindabyne. Following my own  Snow Driving Tips for Winter article  I started the car and let it idle for a while, letting the demister clear the windscreen. 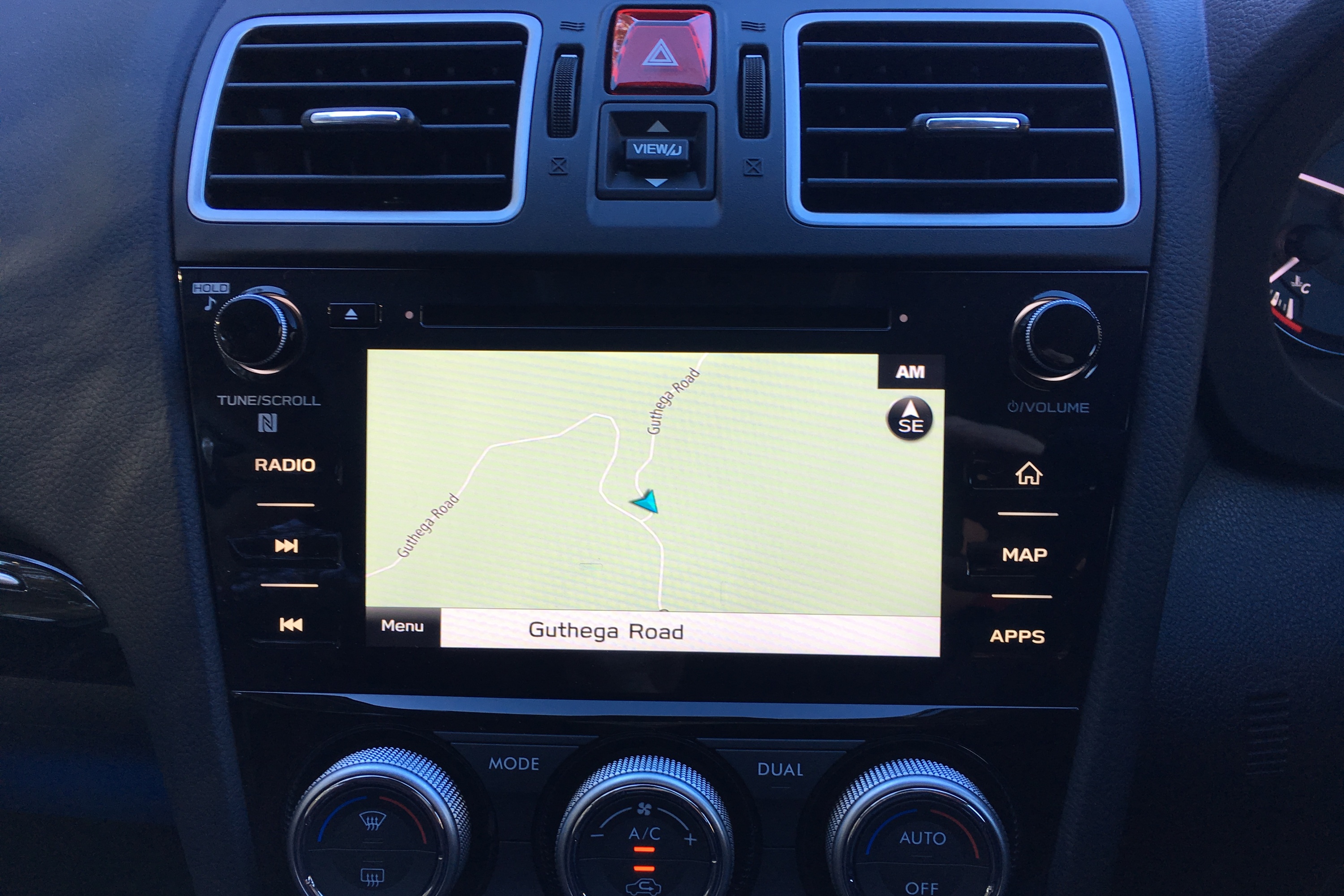 While waiting there was a Commodore parked two cars down from me. It was parked in ice and snow, in the designated spot. The driver was having a lot of difficulty in reversing it out while the patient manager of the Hotel was providing advice. Three things here, they should have parked facing down the slope, the driver had poor skills for snow driving and if the car was a Subaru it would have driven out without fuss as I did while they were still slipping away. 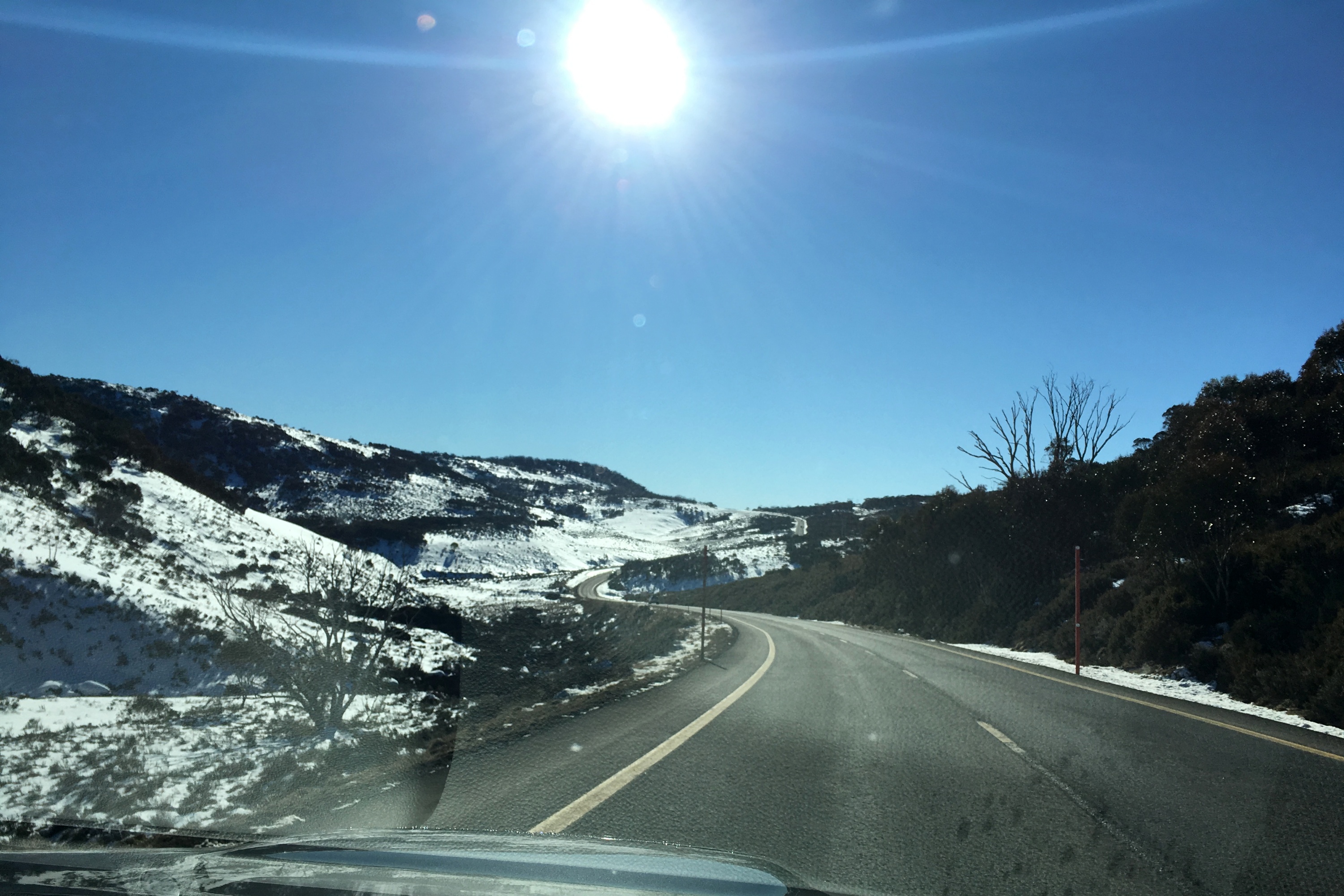 Now being minus 3 degrees the seat warmers immediately went on, the heater as well and I headed off down the mountain. There was a fair bit of snow and black ice on the road but the Subaru handled it without fuss. 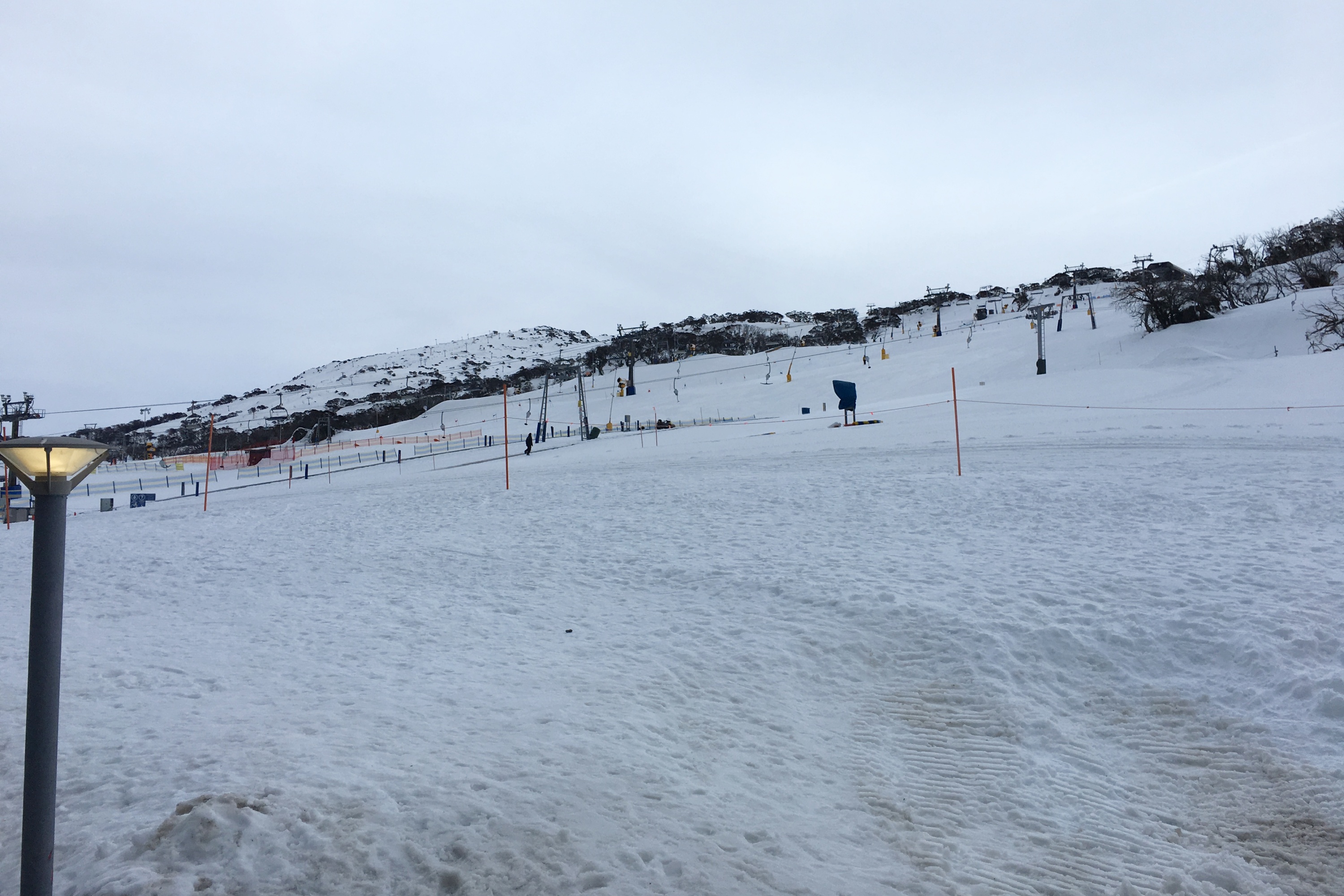 Jindabyne is a central hub for the NSW ski fields of Thredbo, Perisher Blue Cow, Guthega and Charlottes Pass. It has a range of accommodation options that are much cheaper than staying on the slopes, however the drive daily is like Sydney in morning peak hour. 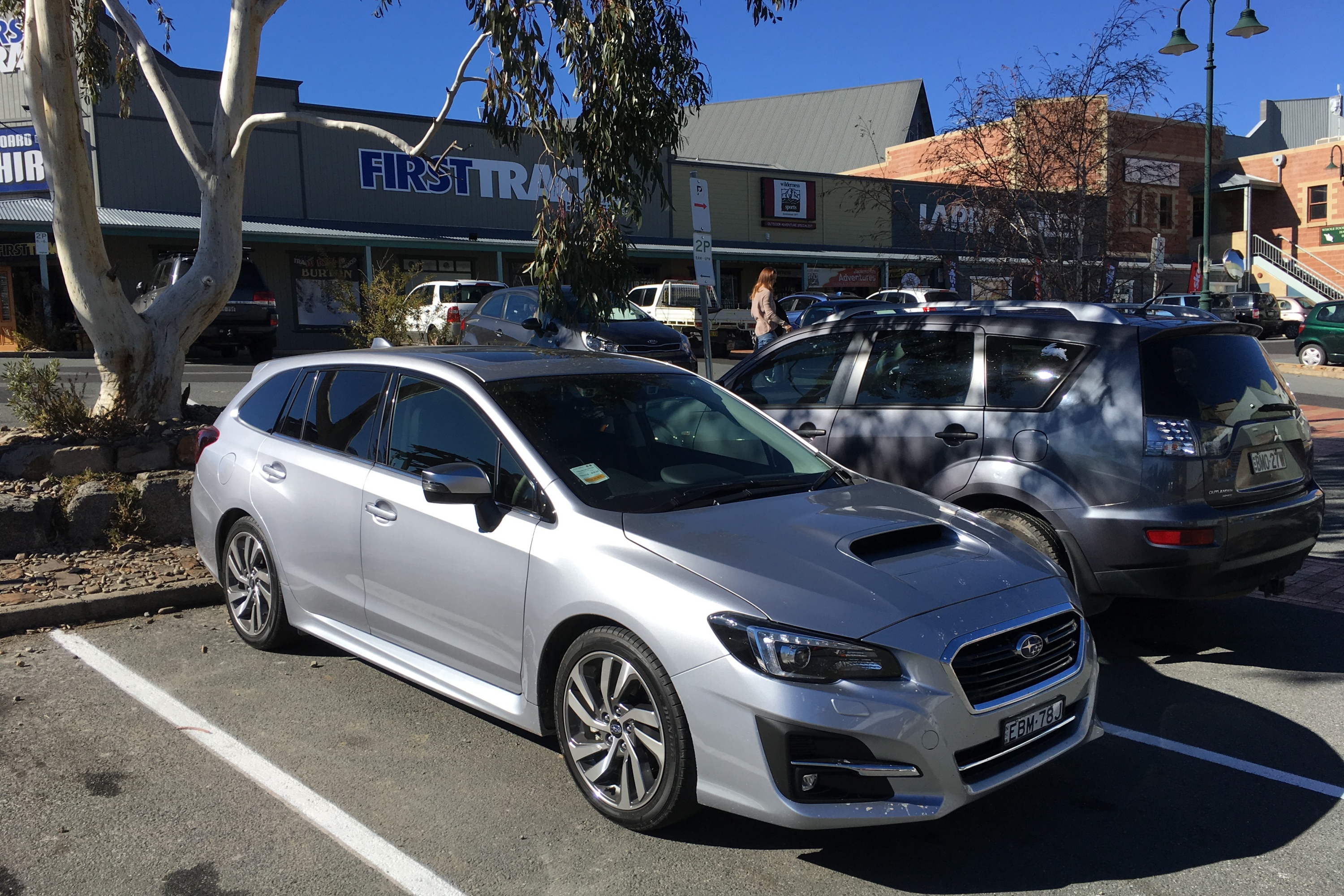 It’s also home to the Kosciuszko Brewery, an ale I sampled many times over the week I was in the snow, as well as the Jindabyne brewery. Coffee shops, restaurants and other shops to stock up on provisions or last minute equipment if you have forgotten anything. It’s a perfect trip when the skiing gets too much or when you need a break. 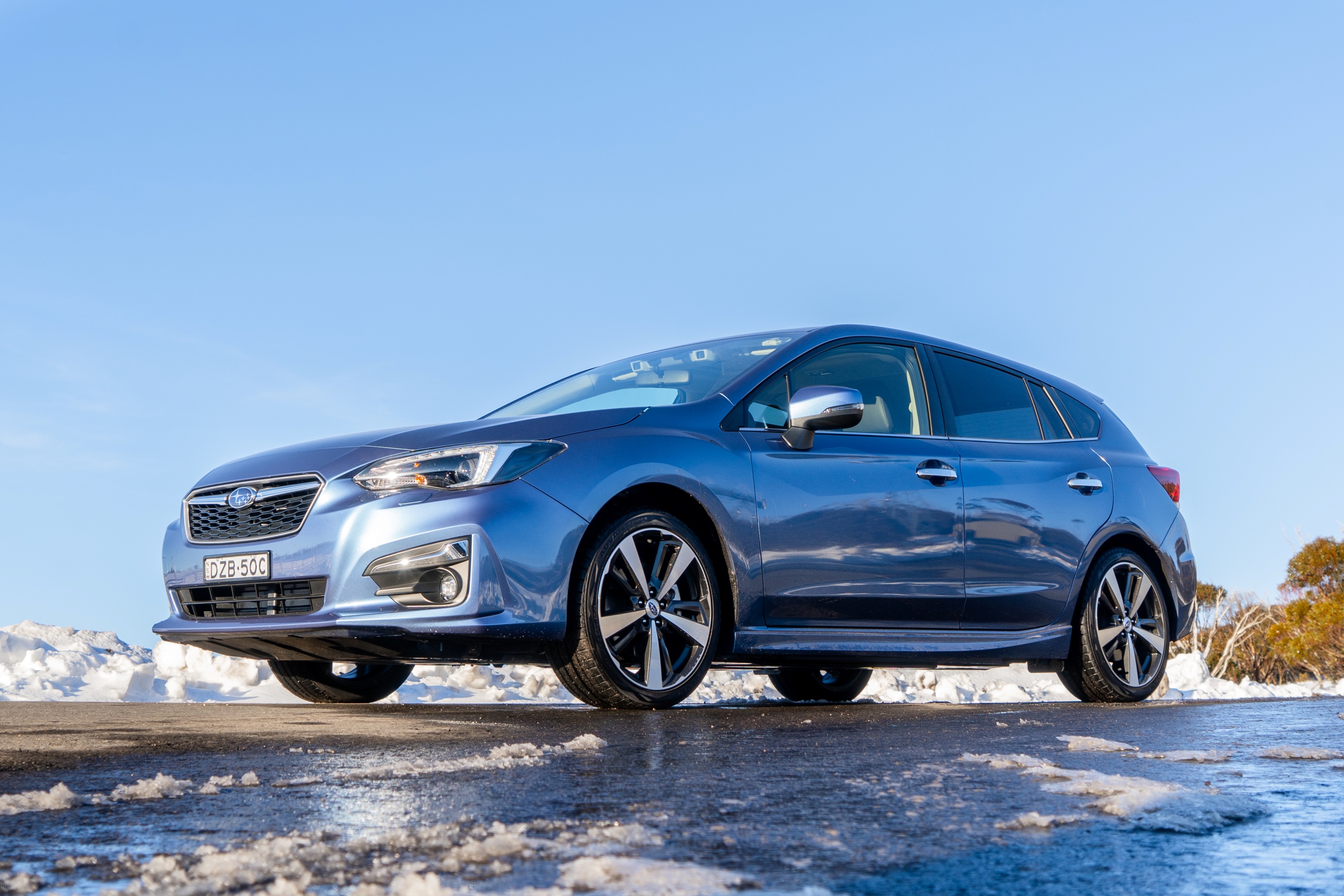 Speaking of equipment, from Cooma down there are any number of hire and sale outlets. You have the choice of hiring on the fields and if anything goes wrong you can get it fixed immediately, or hire your gear at one of the places along the way, usually much cheaper and avoid the queues. 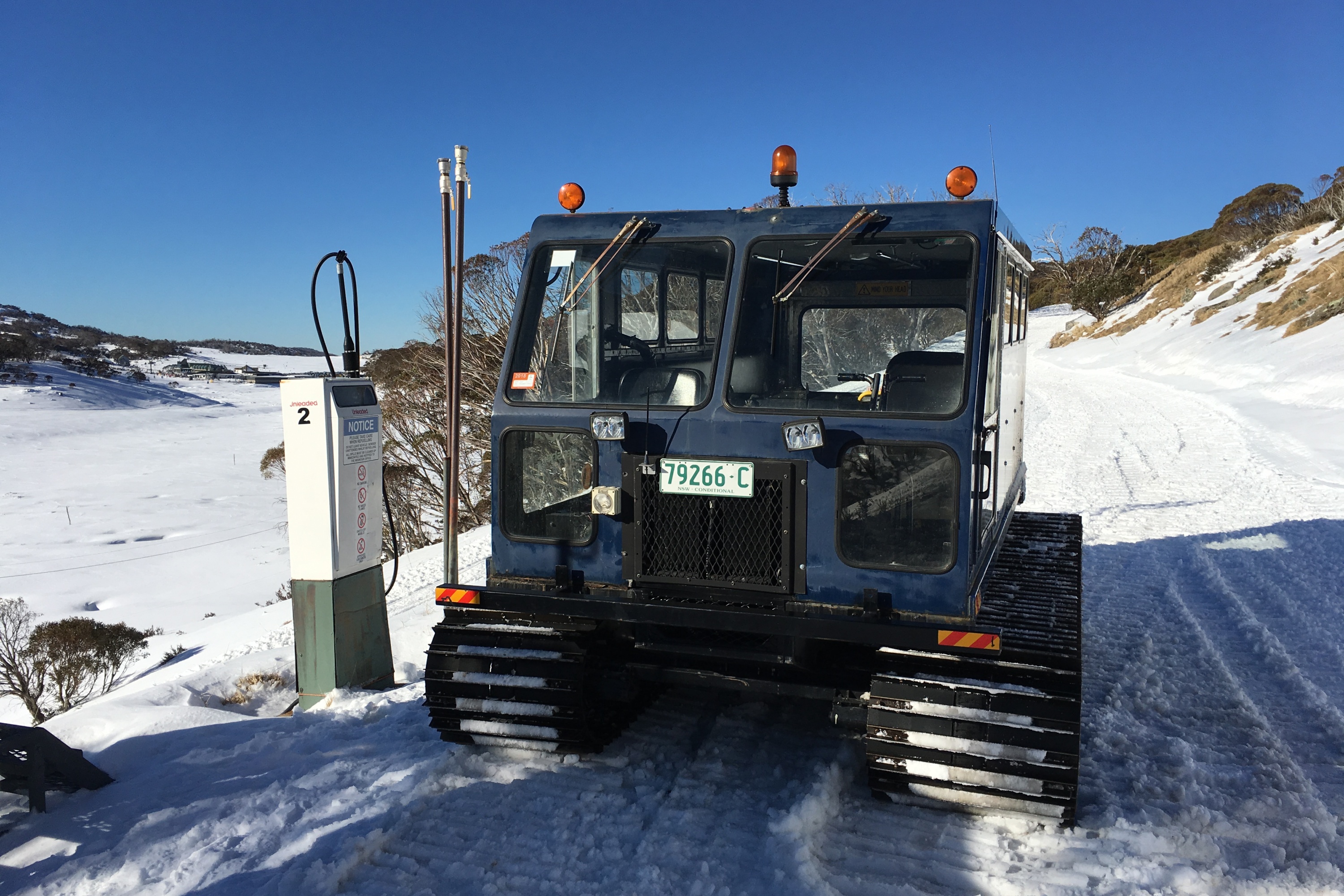 All too soon the week in the snow was over and we loaded up the Levorg STI Sport again for the trip home. This time we drove straight through to Sydney with a few stops. Six and a half hours in the STI Sport seemed a breeze. What is noticeable about the STi is that the extra torque allows the driver to cruise within the low torque delivery. While not an outright sports car, it is a sport wagon, providing just enough pace and handling for a truly engaging drive, while 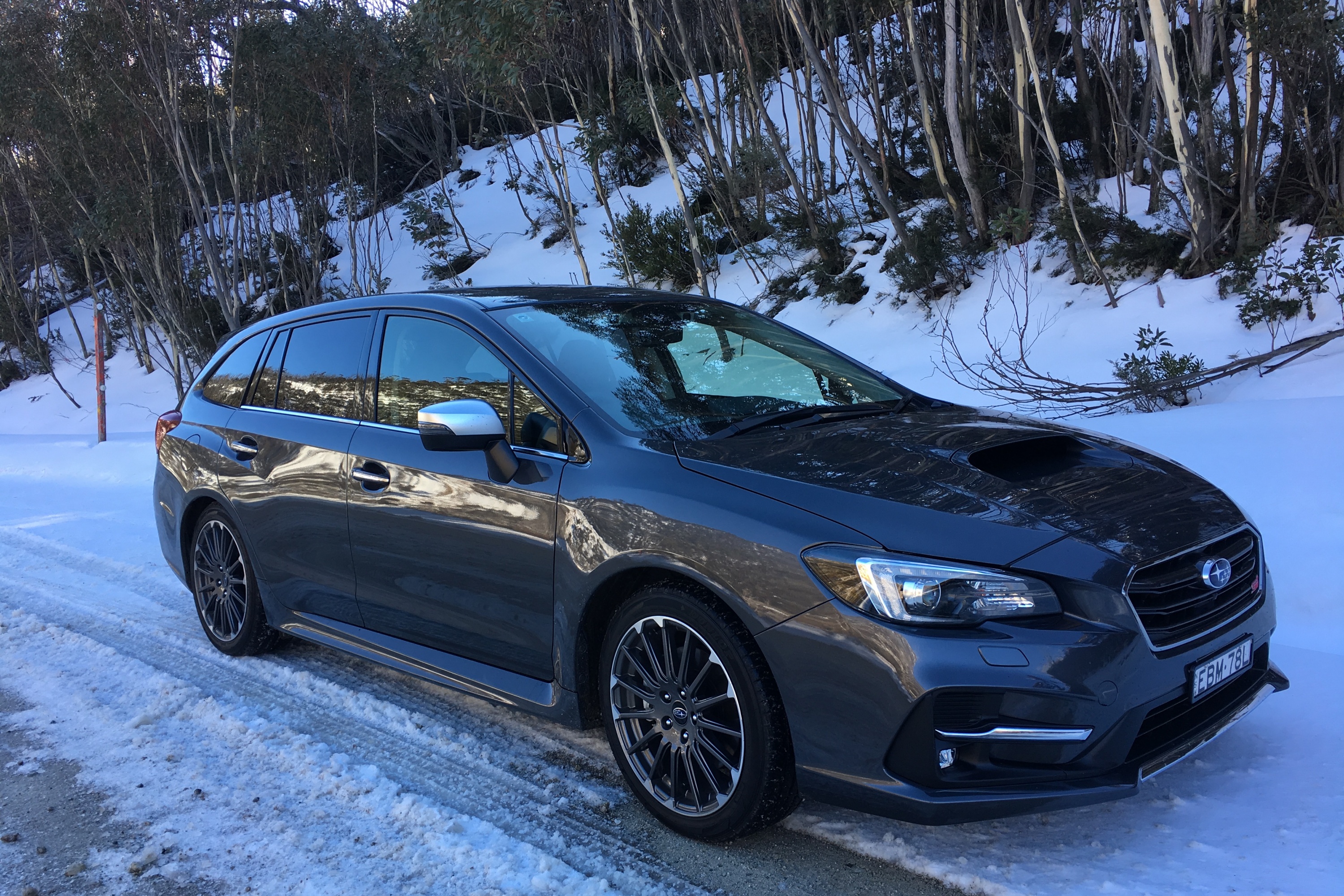 About Rob Fraser 949 Articles
Rob Fraser – General dogsbody & Director Rob is the founder of the business. He constantly mutters something about way too many red wines one evening being to blame. He first learned to drive on the farm in a left hand drive WW11 Jeep when he was 11, many years ago. He has maintained a strong interest in the industry ever since and was hooked on 4WDriving way back then. Having previously lived at the top of corporate life he retired in 2000 and hasn’t put a suit and tie on since. Cars are his passion so why not have a business doing what you love he figures. He has towed either a caravan or camper trailer to most parts of Australia, has run guided tours for camper trailers’ and instructed drivers in off road towing Often known for taking the 4WD in the driveway over the sports car, he has travelled pretty much everywhere in Australia and when he is bored goes for a drive.

Ultimate Convenience: Subaru will come to you

The latest initiative under the Subaru ‘do’ philosophy is a mobile test drive program – ‘Test Drive at Yours’. Customers can go to Subaru’s website, select their local dealer and request a test drive of […]

Subaru Levorg STI Sport- This time I got to take one on a trip from Sydney to Perisher Ski Resort with Subaru. We went last year as well to Perisher, but in an XV and Outback. This year along with the Levorg STI Sport we also had an Impreza 2.0I-S AWD and a Levorg 1.6GT Premium. […]