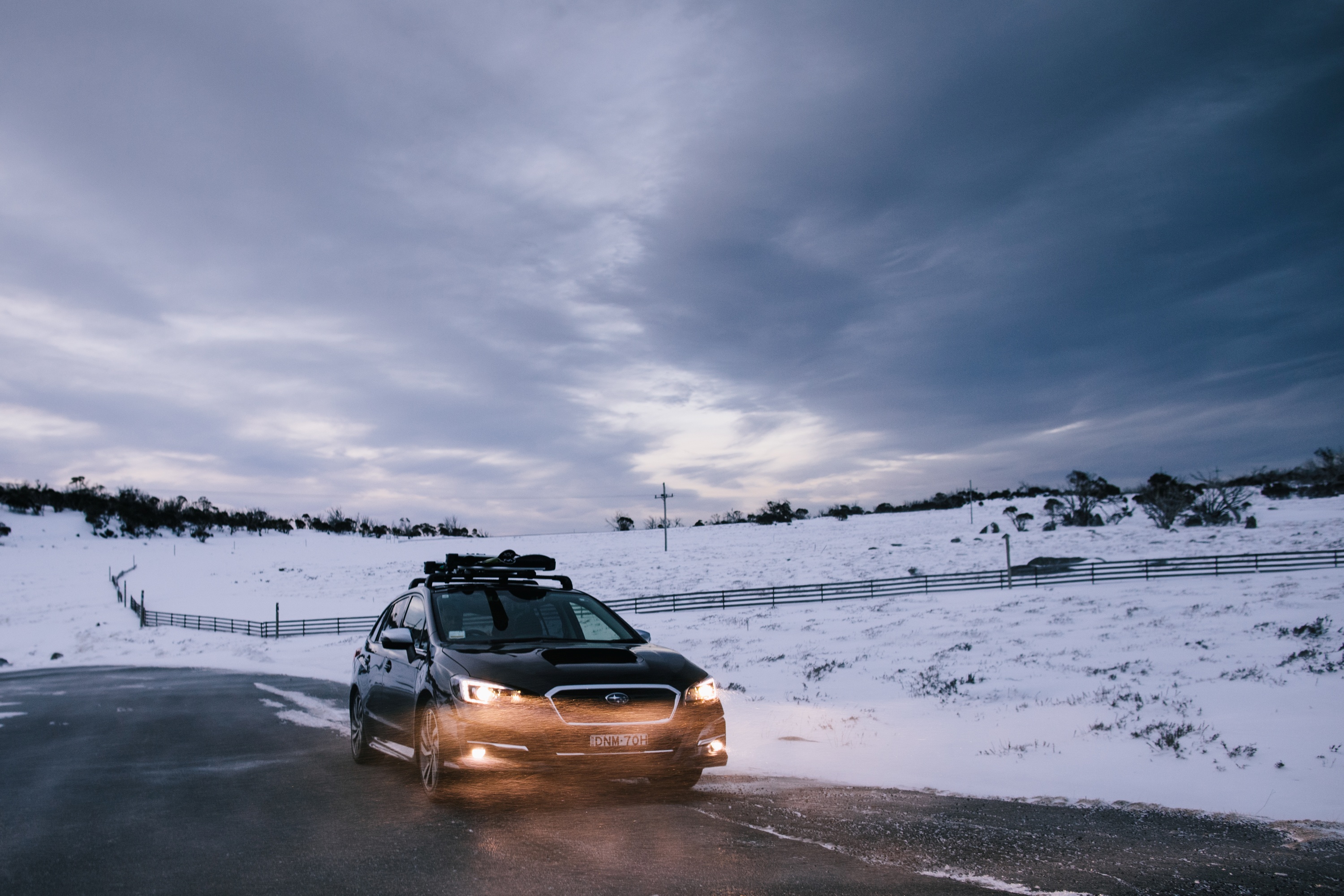 Regular readers would know that the Subaru Levorg STI Sport wagon is a favourite vehicle of mine. The concept of a sportswagon with AWD as opposed to a SUV certainly appeals.

In the past year we have taken a Levorg STI to The Hunter Valley, To Port Stephens and even on a trip to Ikea (that was fun NOT).

This time I got to take one on a trip from Sydney to Perisher Ski Resort with Subaru. We went last year as well to Perisher, but in an XV and Outback. This year along with the Levorg STI Sport we also had an Impreza 2.0I-S AWD and a Levorg 1.6GT Premium. 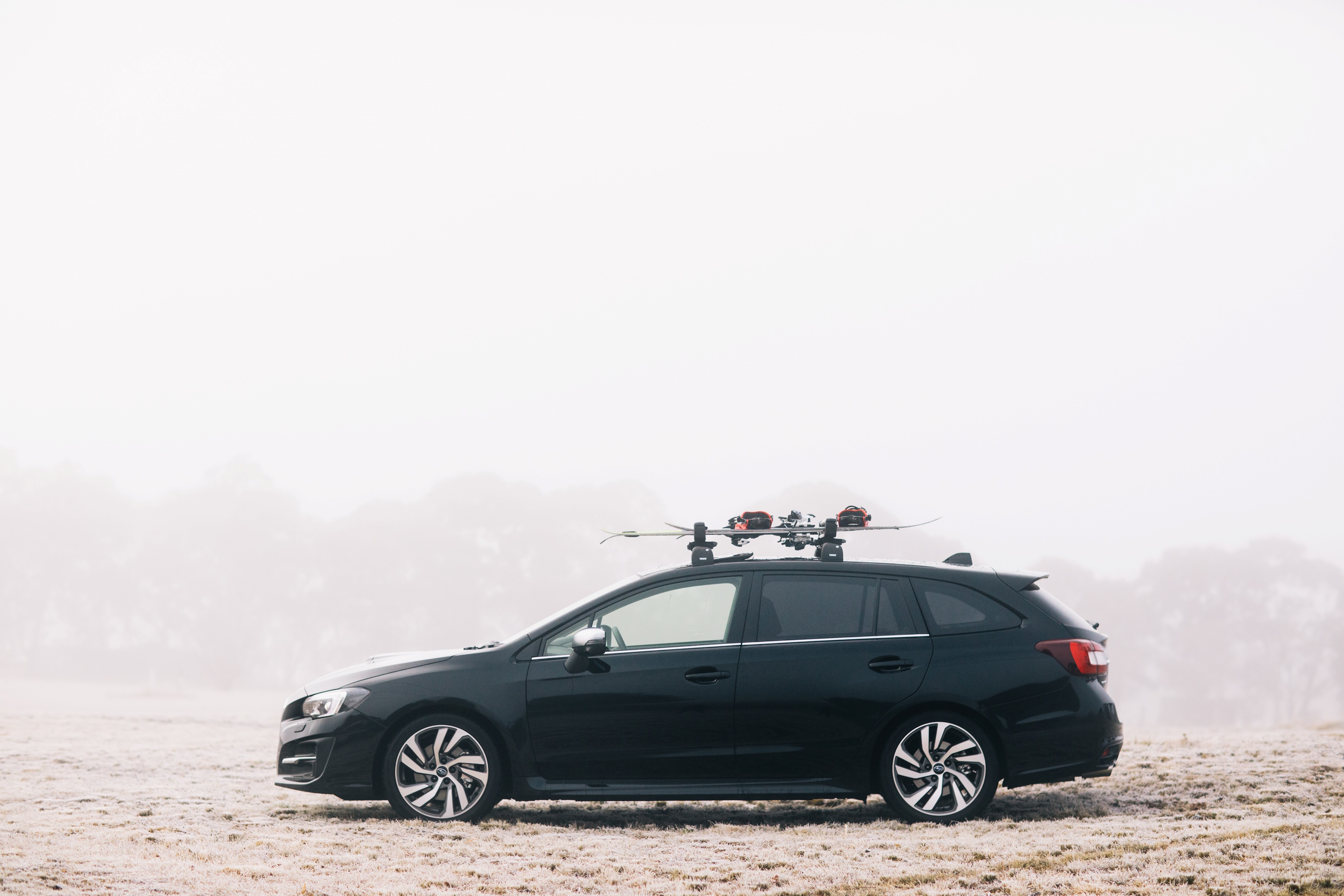 We left mid-afternoon on the Tuesday after picking up the Levorg. With two on board and luggage for a week trip to the snow as well as additional boxes of miscellaneous material, the boot space was filled but accommodated it all. I managed to fit it all in the boot and pulled the cargo blind over, with nothing on the back seats, which is a bonus. 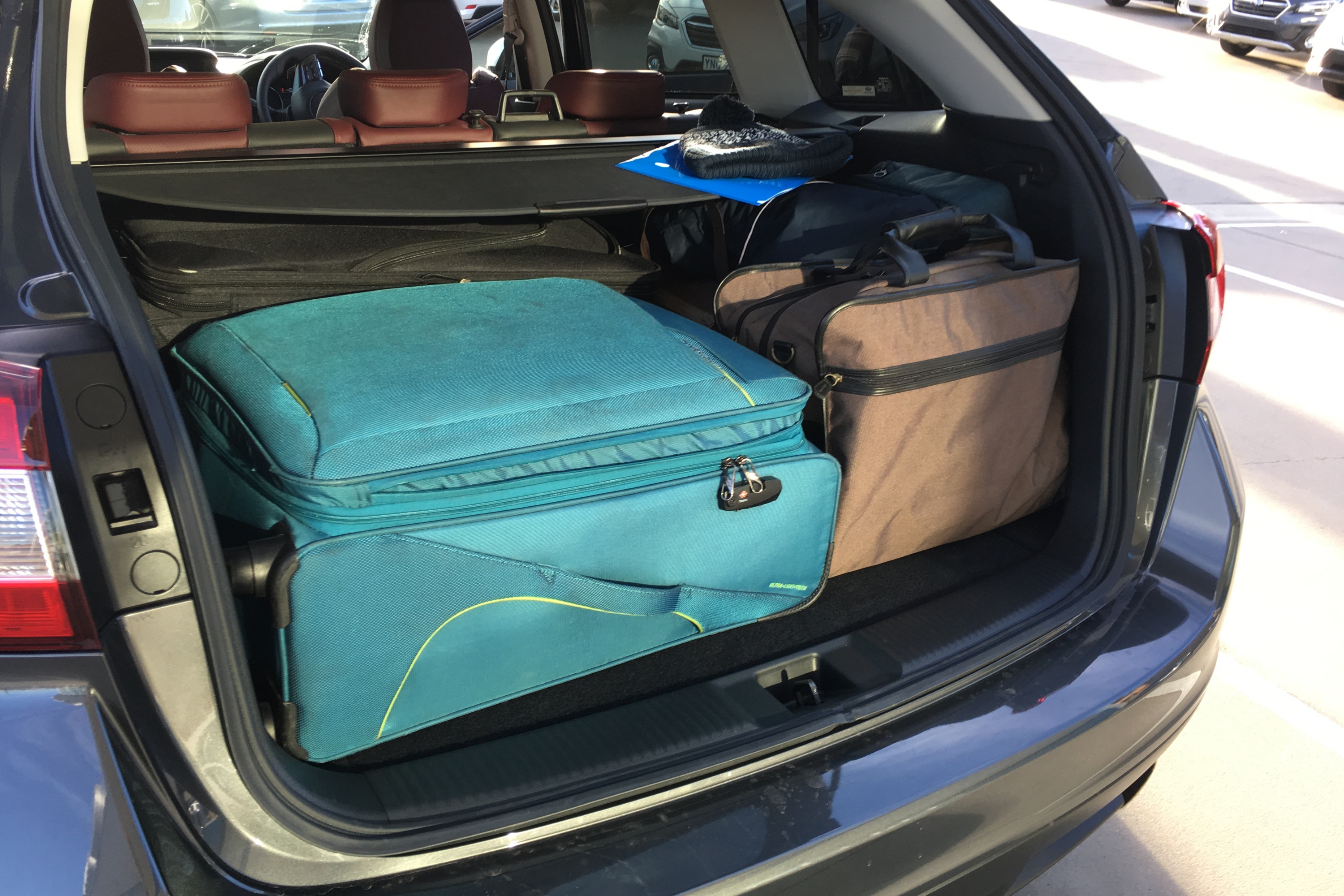 Leaving mid-afternoon meant that we missed the bulk of the traffic along the M7 and Hume highway that builds up until after you pass the Campbelltown turnoffs.

With little traffic, my driving partner set up the Bluetooth for some music, we hit cruise control and settled in for the drive. After a quick stop at one of the many road side stops it seemed like only a blink and we were in Canberra for our overnight stay. With the music playing softly in the background, good conversation and a quiet drive the Levorg made for relaxed cruising.

Overnight stop was the Vibe Hotel next to the airport in Canberra., chosen because we had an early start the next morning and had to meet more people flying in before the convoy set off for Perisher. 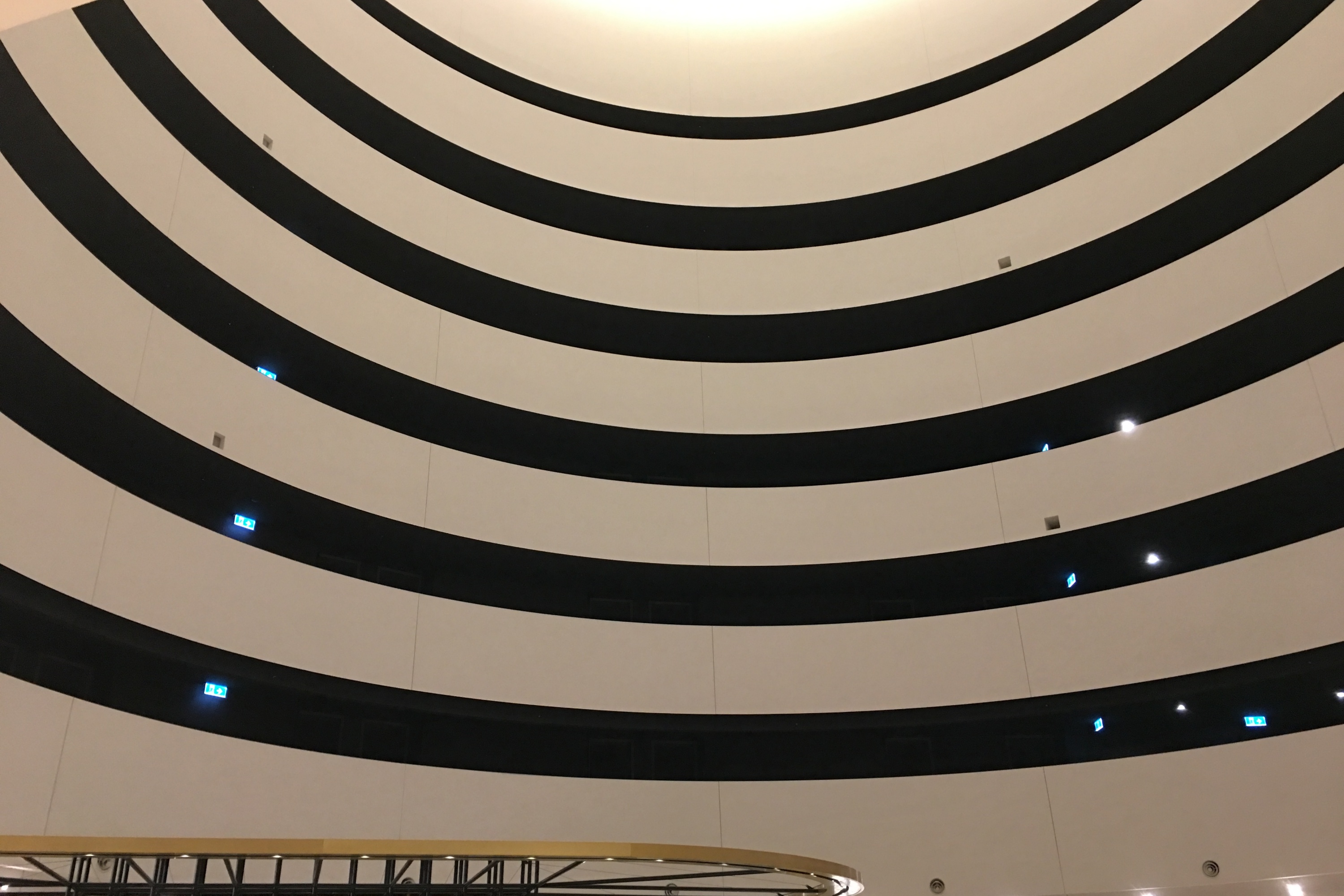 The Vibe Hotel design is unusual in that it is circular with a void in the centre. Very cool! The rooms were actually exceptionally quiet, given its location and comfortable. I had a one room suite with separate bathroom and small kitchenette and lounge. To be honest it seems overkill as most occupants would probably be overnight stays, but then again if you needed to conduct a meeting there it is ideal. 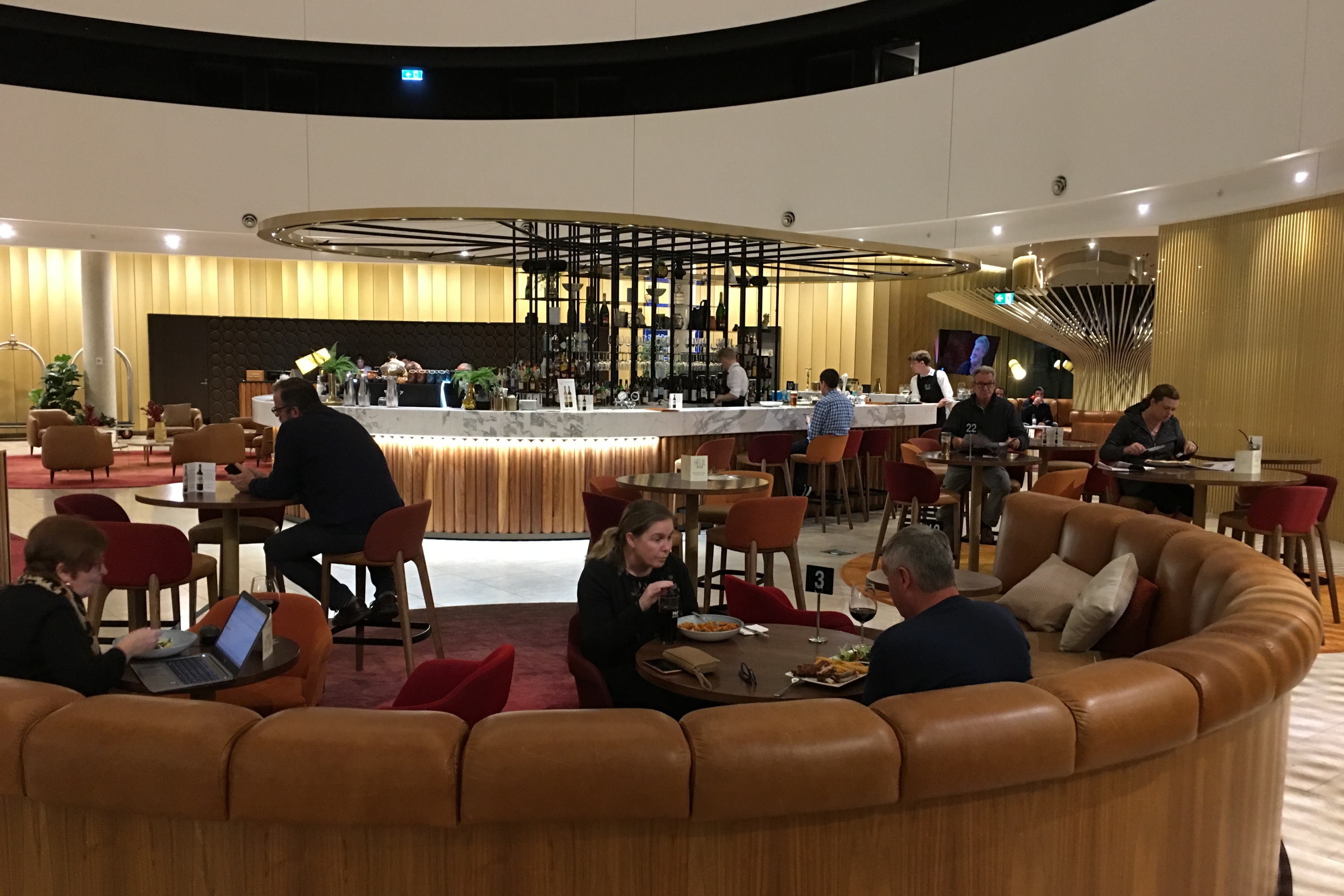 The bar and dining area is open and accommodating and staff friendly. There is a relaxed atmosphere and for someone who hates hotel bars as they mostly seem claustrophobic, the openness is appealing.

As we had a time frame to get to Perisher we set off about 8am and skirted the Canberra traffic. It has grown over the years, but still nothing like Sydney or Melbourne. They shouldn’t grumble. 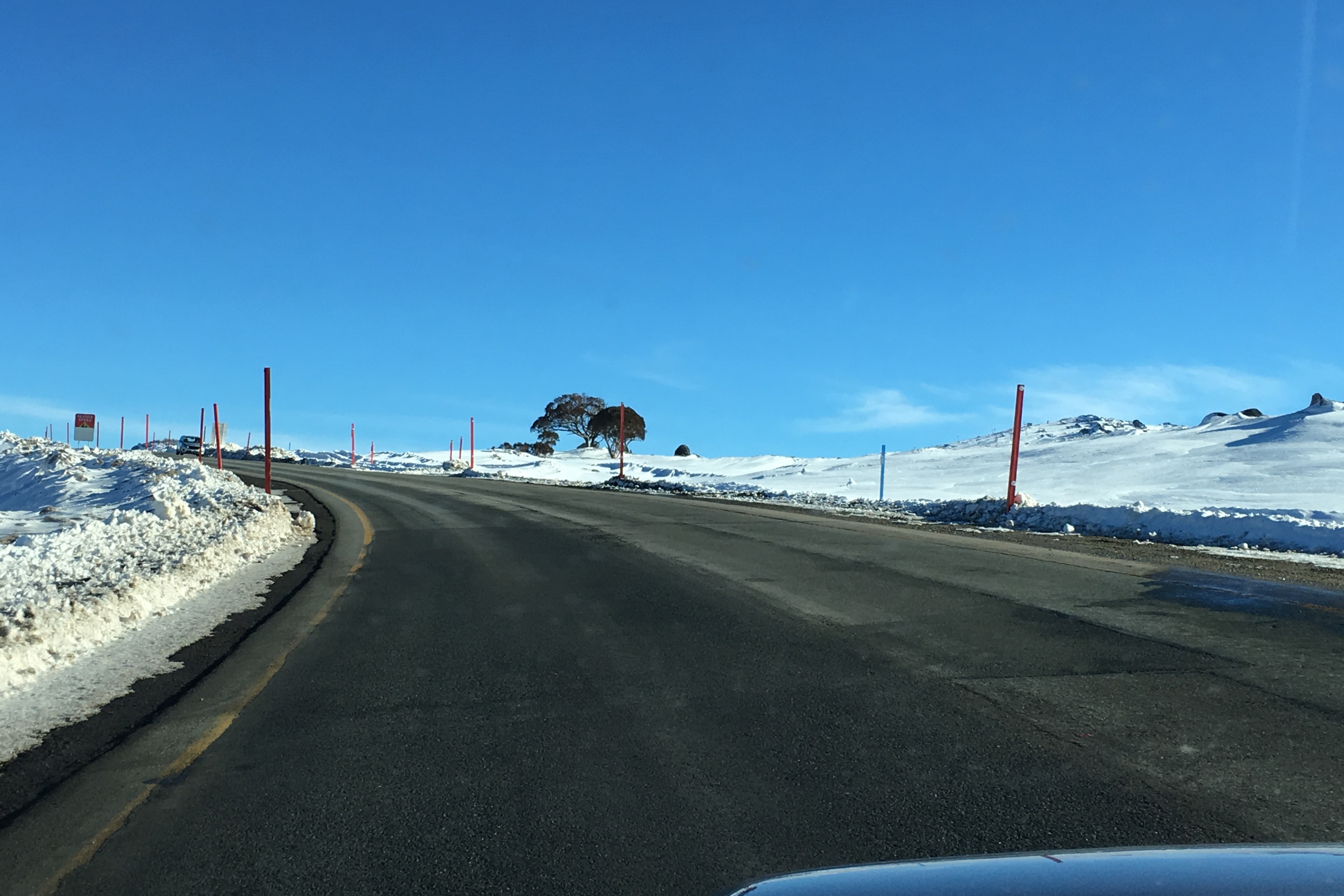 It was 1 degree when we left, so on went the seat warmers and this time I was in the Subaru Levorg 1.6L GT Premium. Apart from the burgundy seats, there was little difference inside. You did notice the difference initially in power as the 1.6L is obviously has slightly less power and torque, however after driving for a little while you quickly forgot that and settled in to the style needed for a different engine.

The major differences between the GT and STI Sport are obviously the engine, some cosmetic features, a slightly different AWD system (Active Torque Split vs Variable Torque Distribution) and Bilstein suspension on the STi. The STi has lower profile tyres and the Sport Sharp# selection in SI drive. All aimed at the more sporty nature of the STI vs the relaxed cruising of the GT Premium.

The Levorg GT Premium settles in for composed cruising and before we knew it we were stopping for coffee at Cooma and a car swap. Unfortunately the countryside is still very dry, but still beautiful in the Australian way. I noticed the fuel economy on this section and it was around 6.8L/100K which was excellent. The GT Premium is designed for this style of driving where the torque delivery allows the driver to keep the engine humming along smoothly. 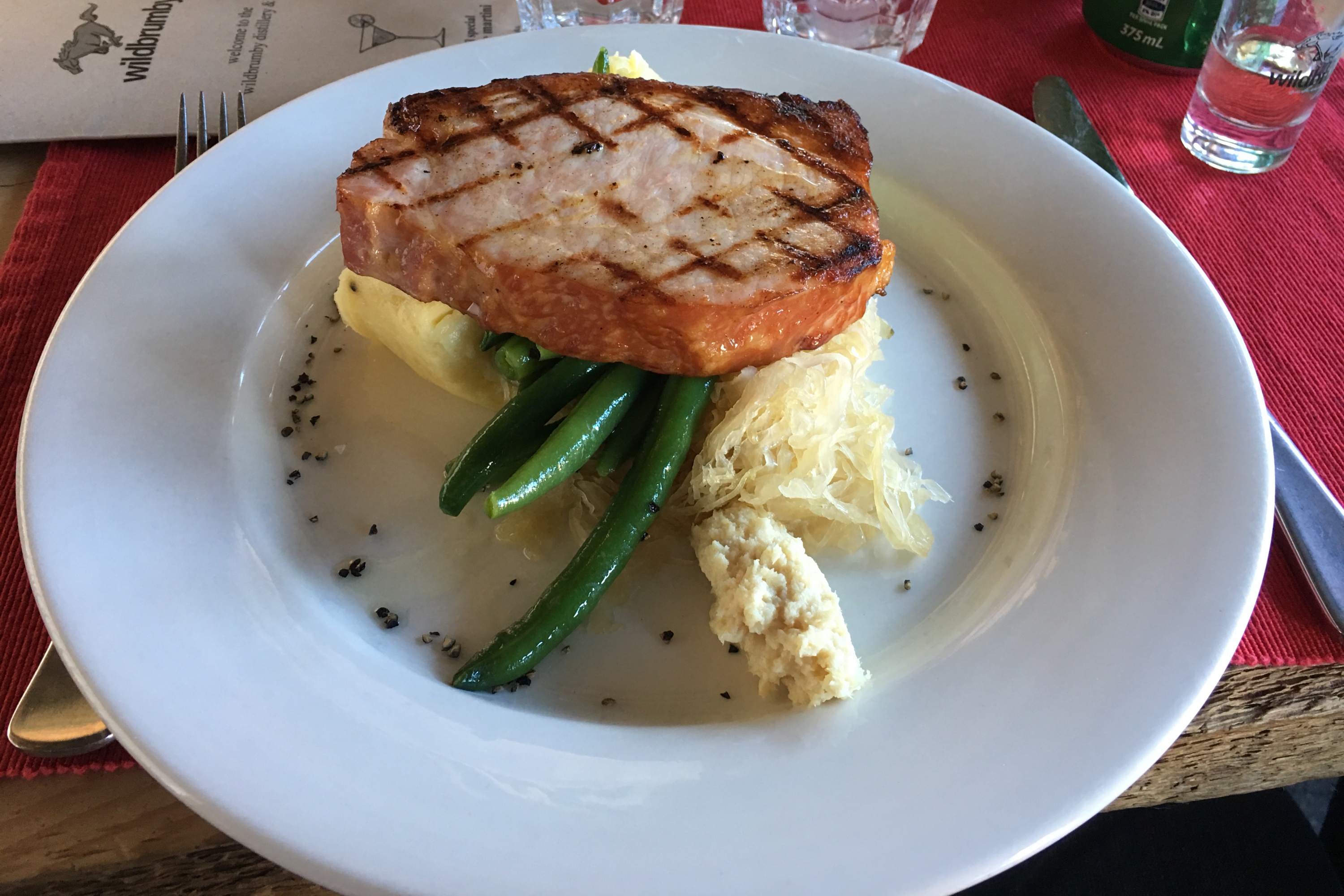 We set off again for our lunch appointment which was at Wild Brumby Distillery and Café on the Thredbo – Jindabyne road. This place never fails to provide an enjoyable dining experience with a shared Distillers plate of small goods and King Island cheese, that is large enough by itself. Being cold and windy the Austrian Gulasch and Kassler were popular choices.

For those of us not driving we were able to indulge in a selection of the famous Schnapps in taste sizes. The variety of flavours, all distilled on the premises, is stunning and the flavours a delight. Each has its own unique character and taste. It was impossible to pick a favourite. 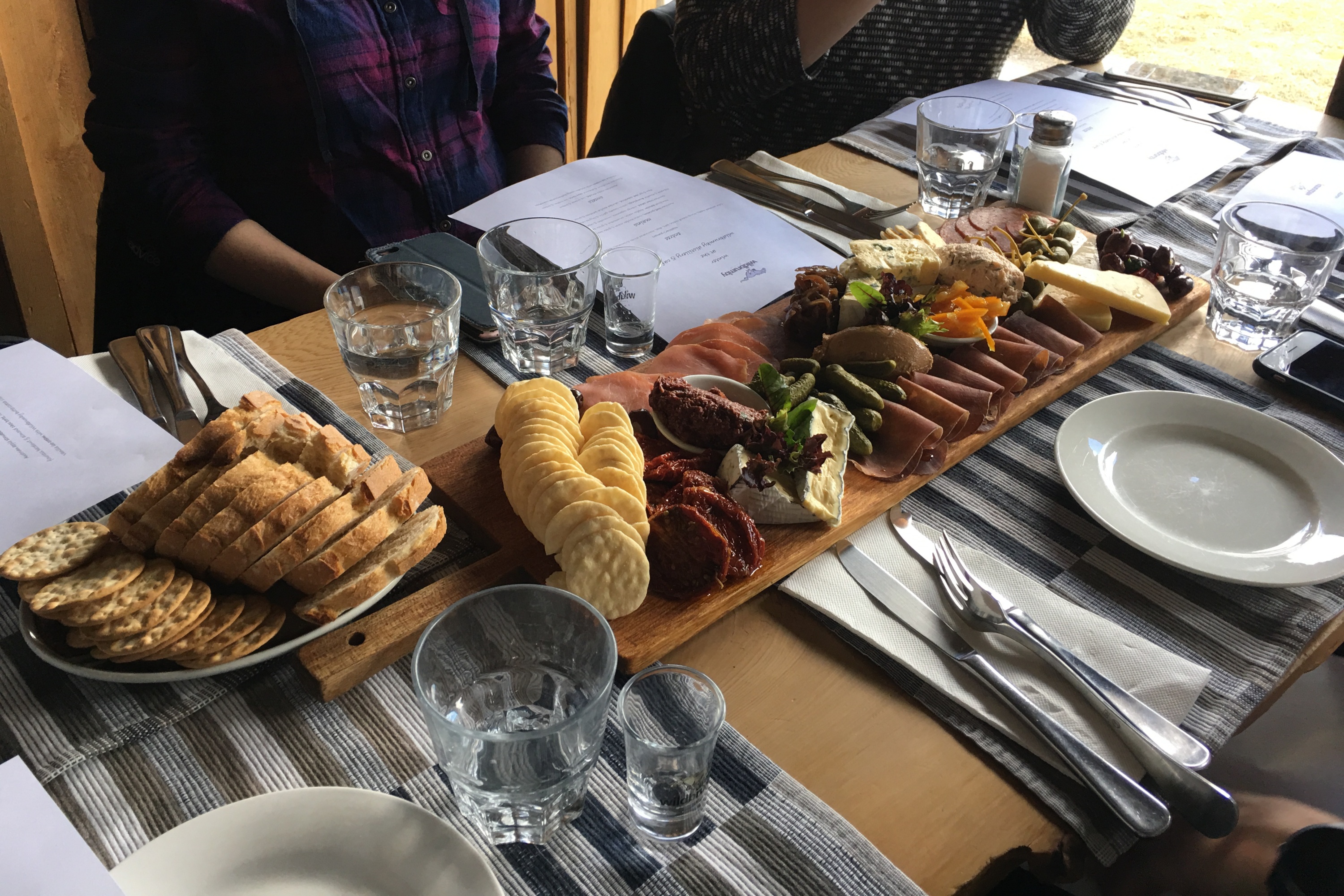 A quick drive followed to the Perisher Valley Hotel for our stay. On the way there were signs everywhere reminding drivers of the need for snow chains and the penalty if you didn’t carry them. Now most vehicles that don’t need them are SUVs and 4WDs. Normal sedans and hatchbacks need to carry chains and fit if required but the advantage that the Subaru’s have is the brilliant symmetrical AWD system.

This means you can drive a normal car and still have the adventurous lifestyle without extra burdens. 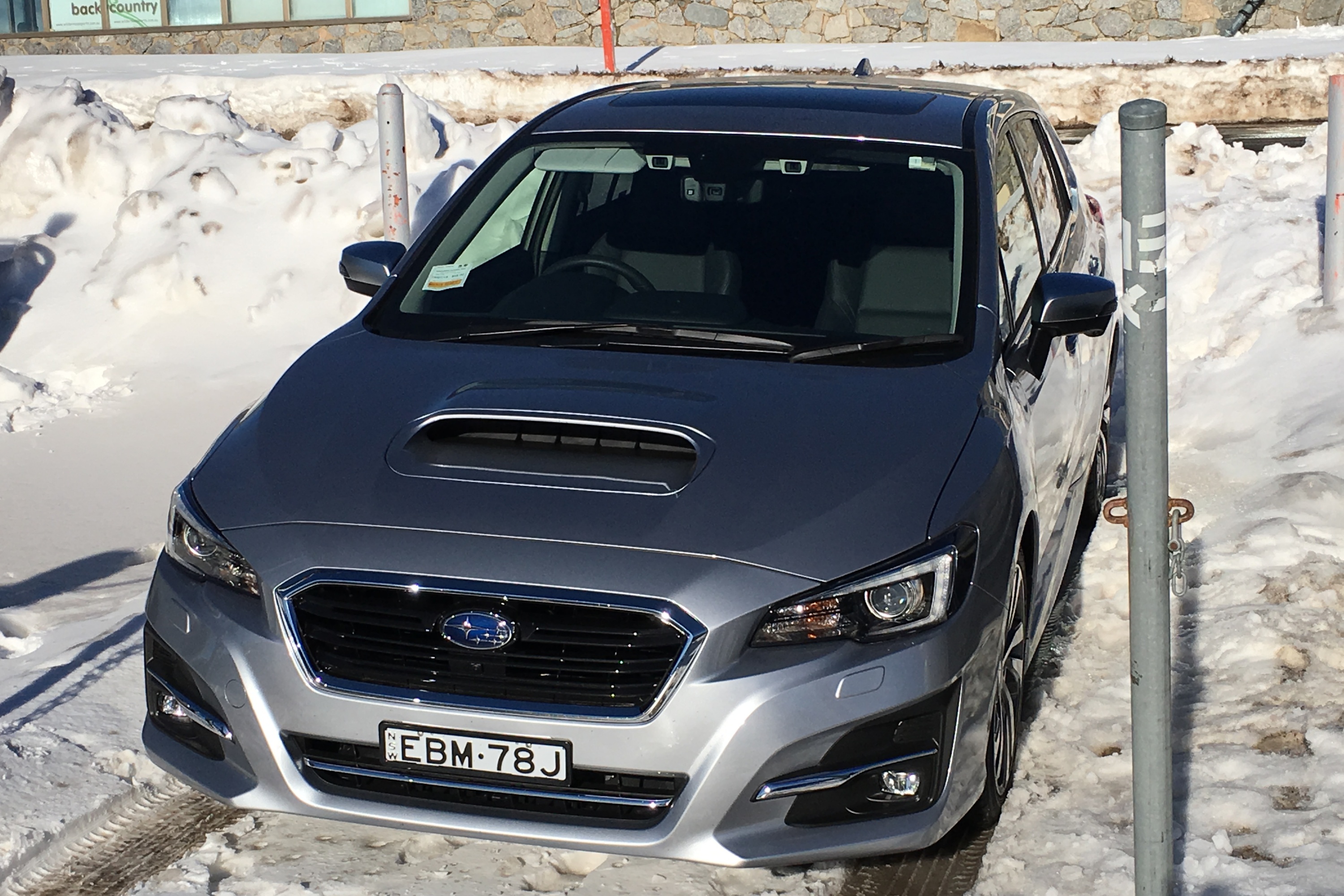 About Rob Fraser 947 Articles
Rob Fraser – General dogsbody & Director Rob is the founder of the business. He constantly mutters something about way too many red wines one evening being to blame. He first learned to drive on the farm in a left hand drive WW11 Jeep when he was 11, many years ago. He has maintained a strong interest in the industry ever since and was hooked on 4WDriving way back then. Having previously lived at the top of corporate life he retired in 2000 and hasn’t put a suit and tie on since. Cars are his passion so why not have a business doing what you love he figures. He has towed either a caravan or camper trailer to most parts of Australia, has run guided tours for camper trailers’ and instructed drivers in off road towing Often known for taking the 4WD in the driveway over the sports car, he has travelled pretty much everywhere in Australia and when he is bored goes for a drive.

At the New York International Auto Show, Subaru unveiled the all-new Forester. Expected to hit Australian shores in September this year, there have been some significant changes to the top-selling model. […]

So when the invite came to spend a few days driving a Subaru around the snow resort of Perisher Valley, I jumped at the chance. Add to this the fact that 2016 Australian Rally Champion, Molly Taylor, […]