Following a full evening and a great night sleep I decided to go for a drive in the Outback 3.6R, back down the mountain to take a look at the resort at Guthega and head down to Jindabyne for a coffee and a look around.

As the temperature was a chilly 1 degree, I quickly turned on the seat heater and let the car idle for a while to warm up. 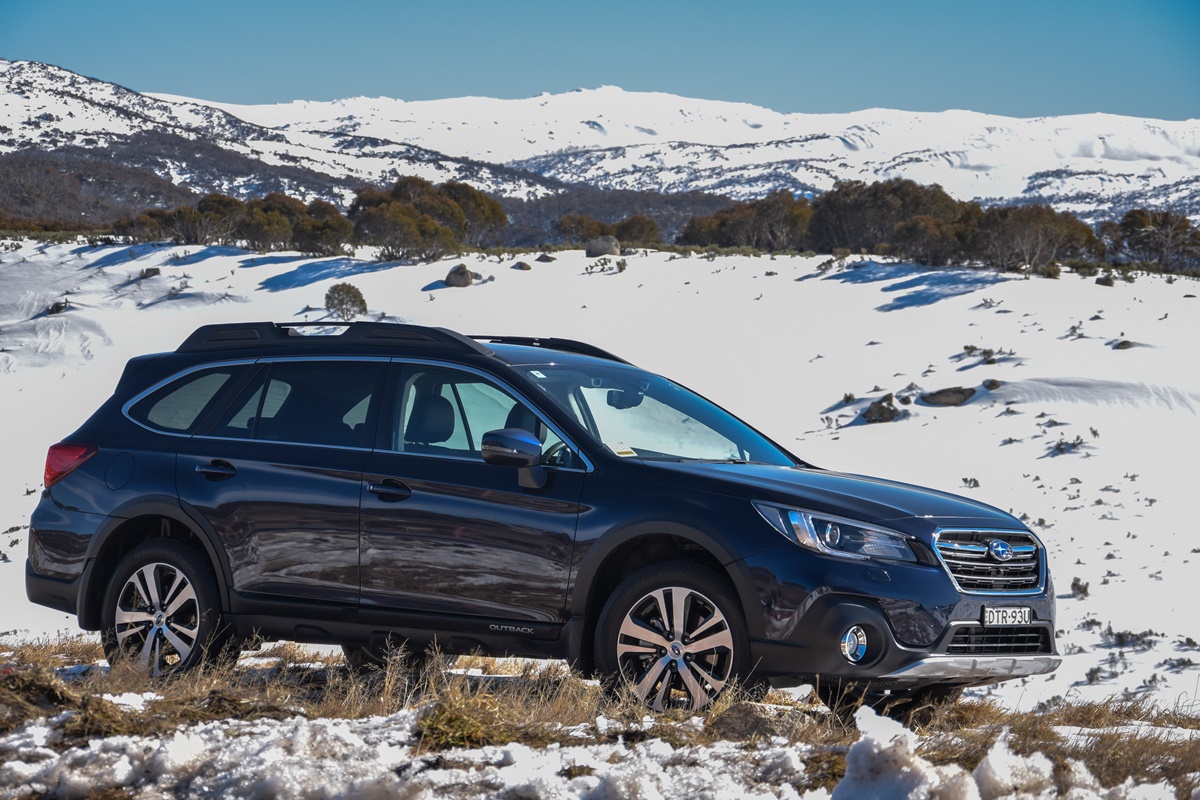 Overnight there was some snow and plenty of ice formed. Luckily we remembered to lift the wipers the previous evening. Removing the ice from the windscreen is a simple as pouring some cold water over it and using one of the handy Subaru ice scrapers at the resort. Remember not hot water as it will likely crack your windscreen.

Heading out of Perisher it quickly became apparent that there was black ice in many place on the road. The car in front was cracking the ice in places until it started to slip and they decided to pull over.

Here the advantage of the Outback’s Symmetrical All Wheel Drive revealed itself yet again. While still driving carefully, the Outback safely negotiated the icy conditions without the need for snow chains. 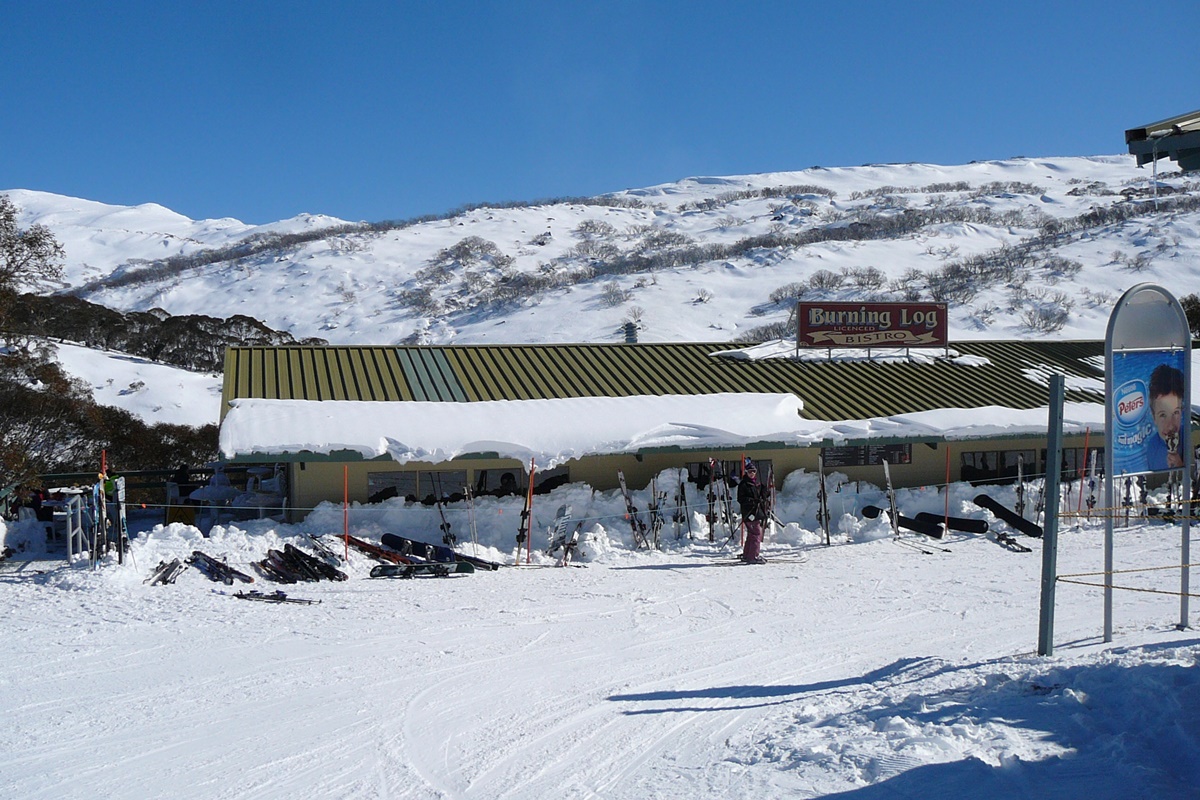 Not far down the mountain is the turn off to Guthega. It’s about a 30km trip and can be both picturesque and icy.

Established in the 1950’s, Guthega was initially a small resort with a handful of lodges, a few lifts and limited number of skiers and boarders who were prepared to deal with the more extreme driving conditions. 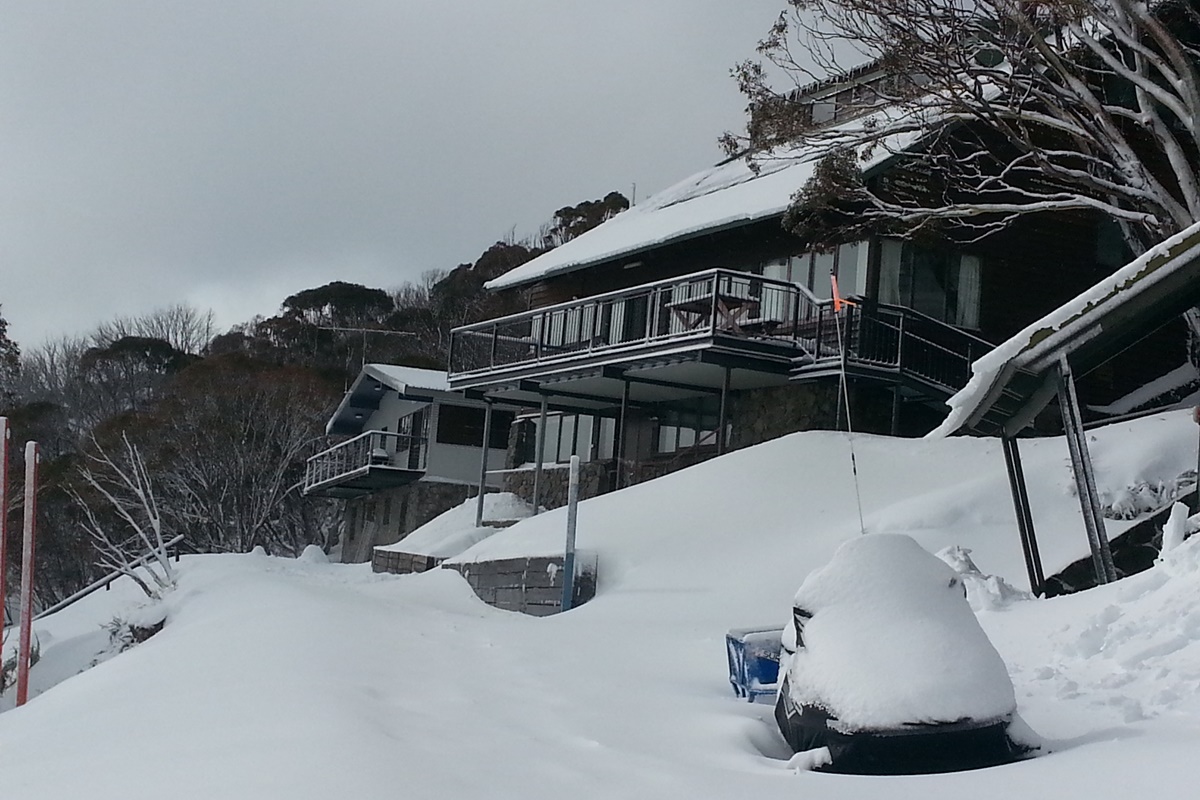 It was in 1982 that the Car Park Chairlift was installed which enabled skiers and boarders to reach more of the resort, making Guthega a lot more appealing. There is a reason why locals love getting to Guthega and end up spending most of their day there. Guthega has some unique on-snow restaurants such as Guthega Alpine Inn and Burning Log and on-snow lodging options.

The terrain ranges from Green, Blue, Double Blue and some Blacks for the more advanced skiers and boarders. With breath-taking panoramic views of the Kosciuszko mountain range, don’t be surprised to see people stopped on the side of a run to grab a quick picture of the view. 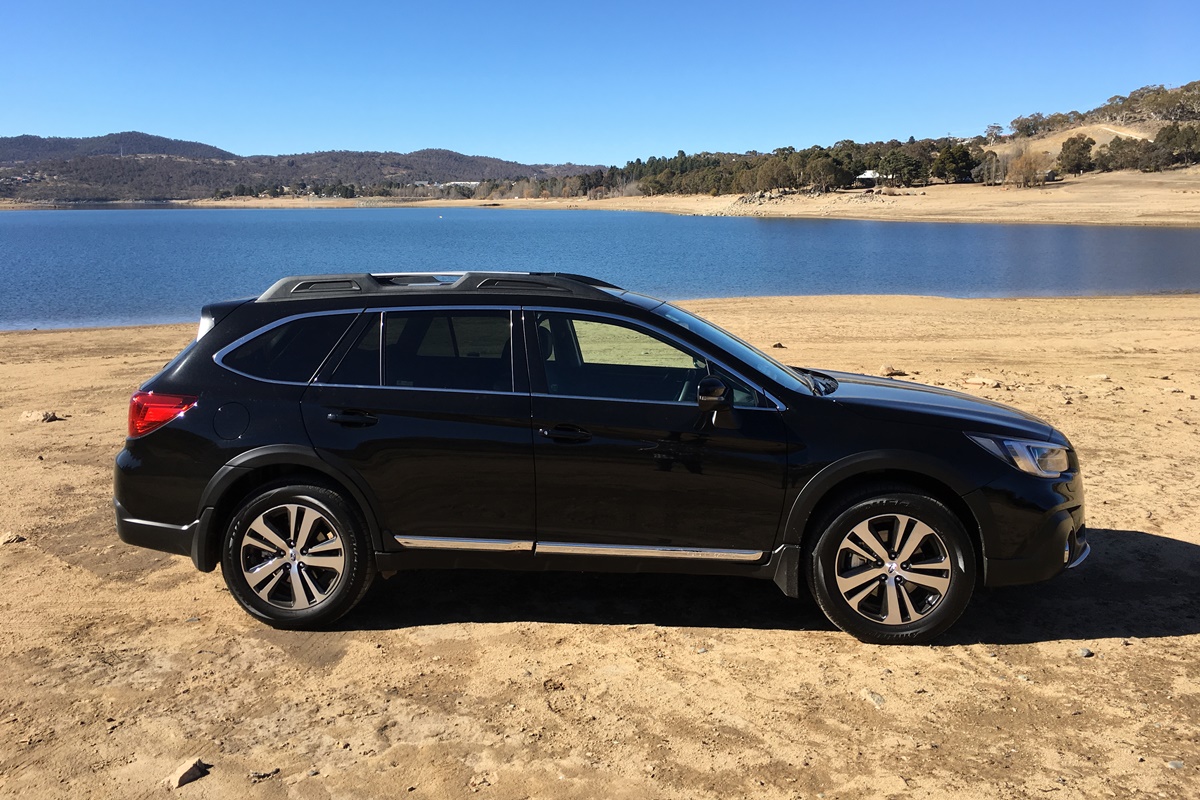 After a quick look around I then headed further down the road back to Jindabyne for a look at Lake Jindabyne and Jindabyne Dam and a look around the village.

The dam’s main purpose is for the generation of hydro-power and is one of the sixteen major dams that comprise the Snowy Mountains Scheme, a vast hydroelectricity and irrigation complex constructed in south-east Australia between 1949 and 1974 and now run by Snowy Hydro. 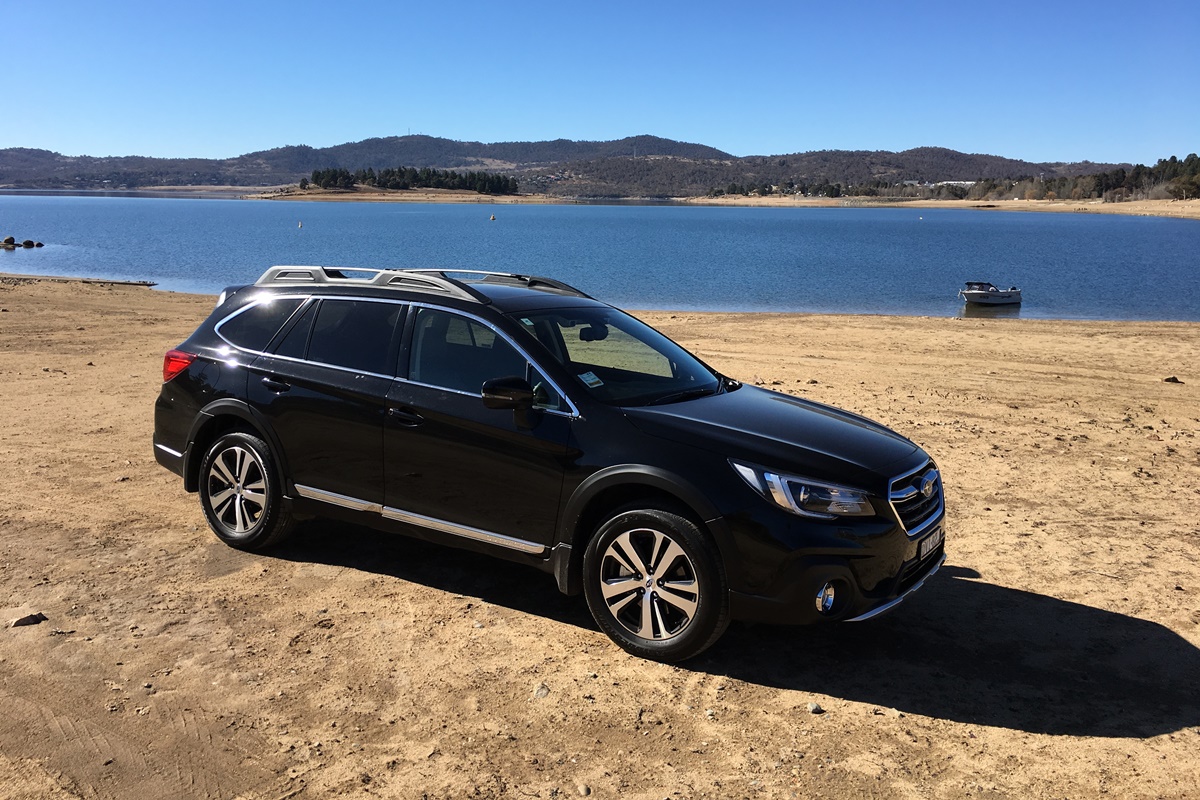 The impounded reservoir is called Lake Jindabyne. Lake Jindabyne is a popular sailing and fishing destination. The body of water is one of the largest fresh water reservoirs in New South Wales, and has a resident population of Atlantic salmon, Brook Trout and Rainbow Trout. Lake Jindabyne also has a reputation as one of the best places to catch trout in Australia

Of late the shores of the lake have been exposed with low water levels and I could drive directly onto the shore to the water edge. The shoreline was a little slippery in places but easily handled with the AWD of the Outback. There were a few hardy souls heading out fishing on a beautiful winters day, if a little windy.

Having travelled many time before to Jindabyne, I was looking forward to wandering around the village and grabbing a coffee. There are the obligatory ski shops and high country outfitters as well as many high end boutiques and trinket shops.

Jindabyne is worth a visit down from the ski fields on a day when the snow isn’t that good or the weather prevents skiing.

Jindabyne is a popular holiday destination year round, especially in winter. This is due to its proximity to major ski resort developments within the Kosciuszko National Park, including Thredbo, Perisher and Charlotte Pass.

Originally situated on land that is now under Lake Jindabyne, the township was transferred to its present location in the 1960s due to the construction of Jindabyne Dam, on the Snowy River, as part of the Snowy Mountains Scheme. Jindabyne had a population of about 2,629 people and the town’s name is derived from an aboriginal word meaning “valley”. 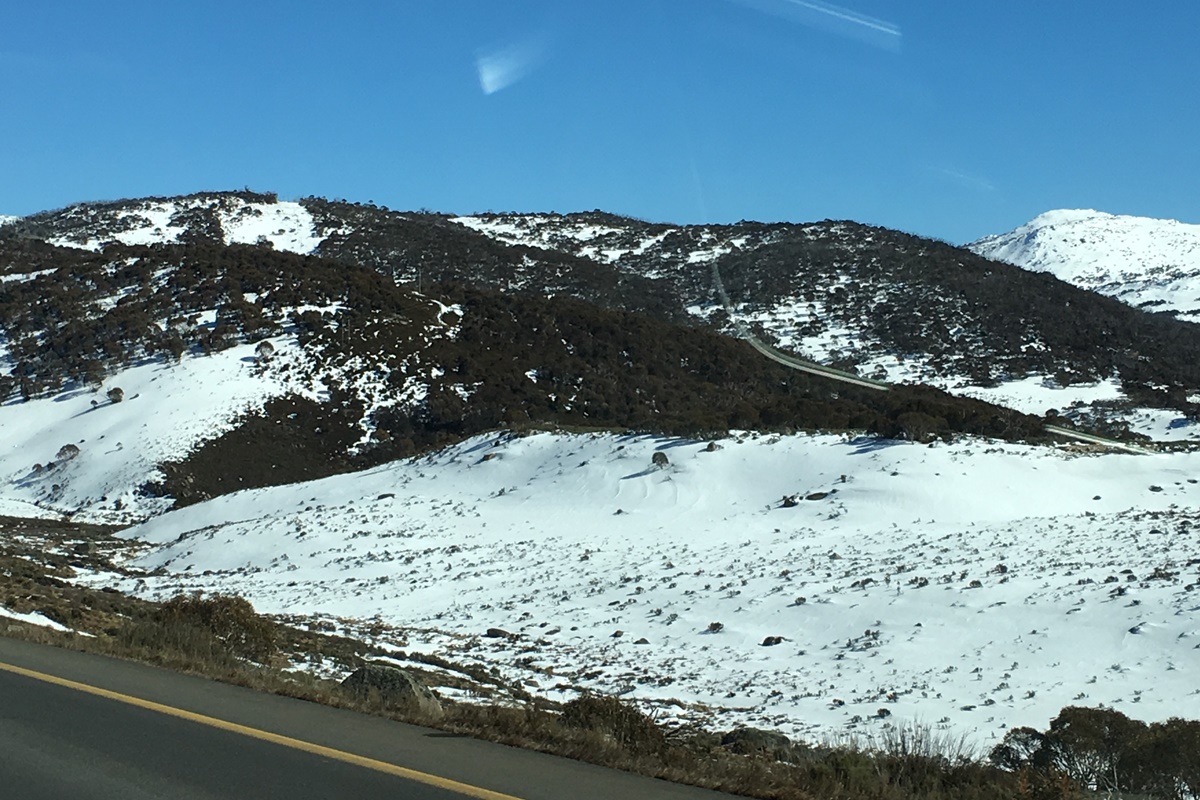 As the afternoon started to move on I returned back to Perisher and take in the beauty of the ski fields. 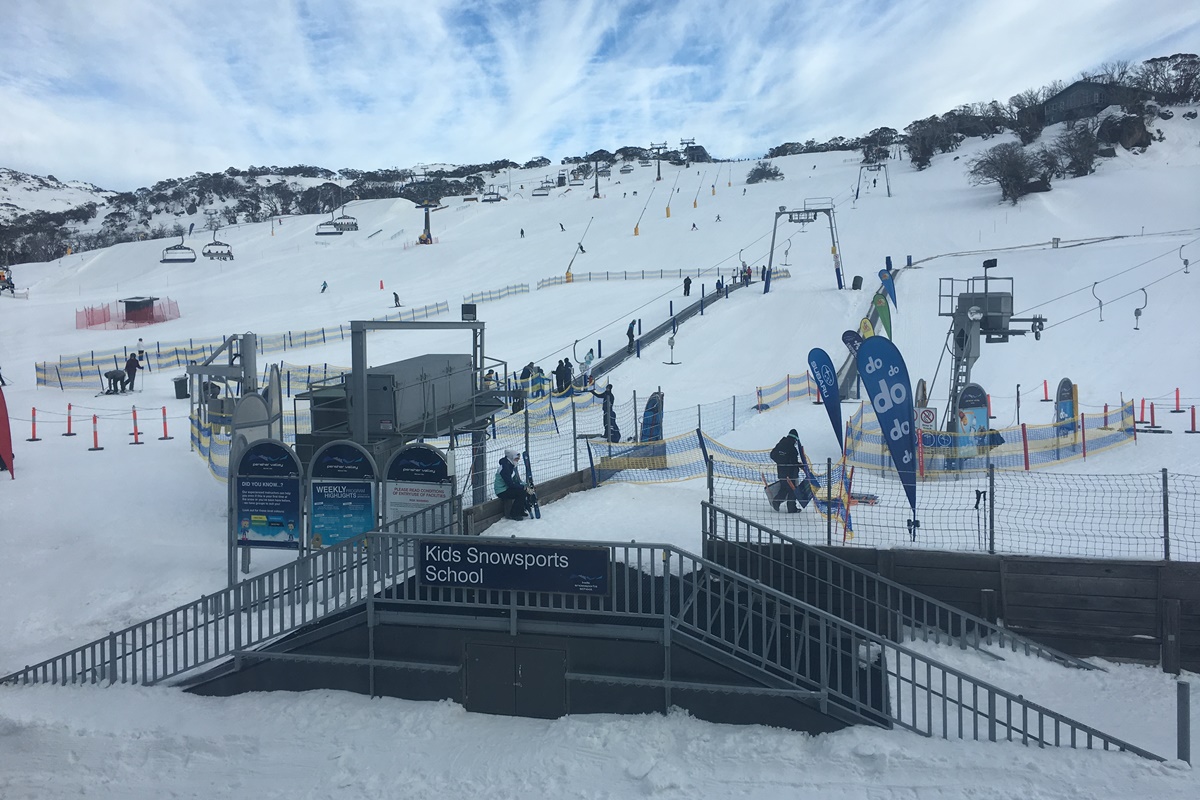 As I mentioned I am no longer a skier, and apparently snowboarding is not an option for someone long in years such as myself. So the afternoon was spent enjoying a late lunch at the Base 1720 bar and some work while enjoying the view from my window. 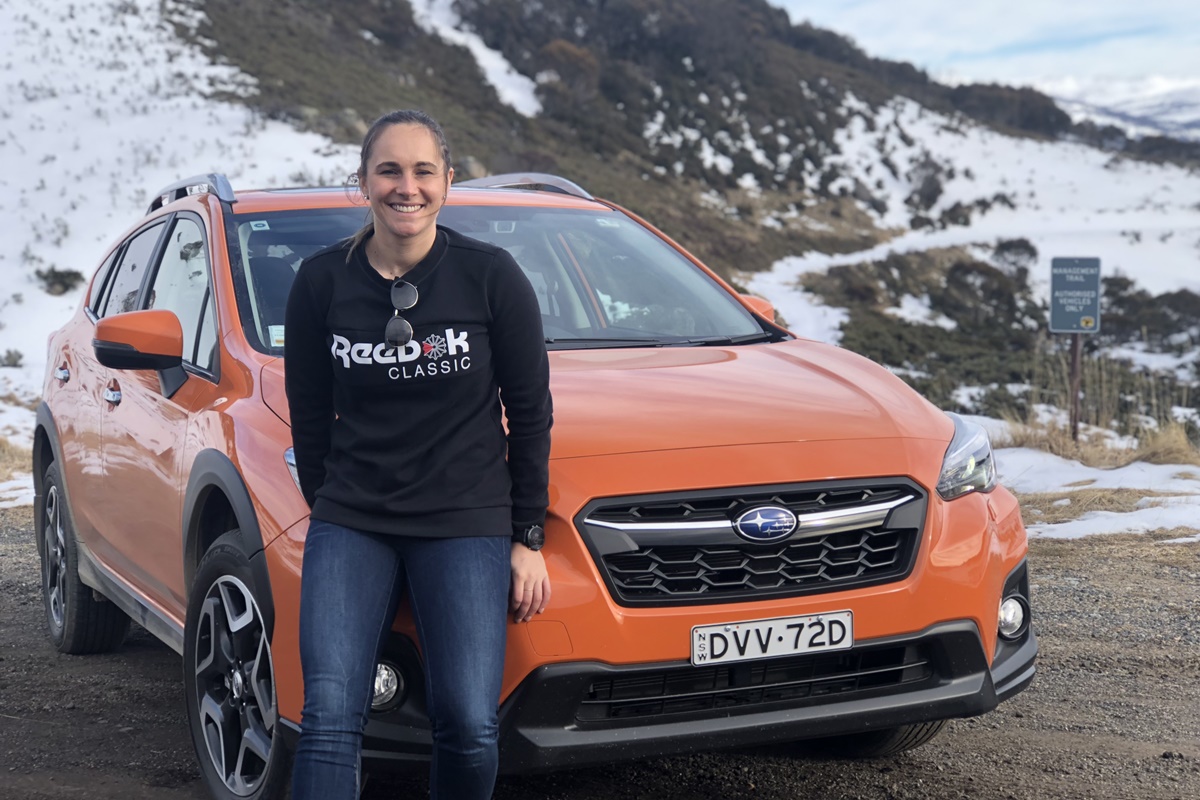 In the evening I had a chance to have a 15 minute interview with Molly Taylor and ask her about how she started in rallying and her aspirations. It proved to be a fun interview and can be listened to here.

Alas my time at Perisher comes to an end the following morning, but a good drive to Canberra Airport awaits and a chance to drive with Molly Taylor again. This time I took the XV again. Unfortunately the countryside is fairly dry 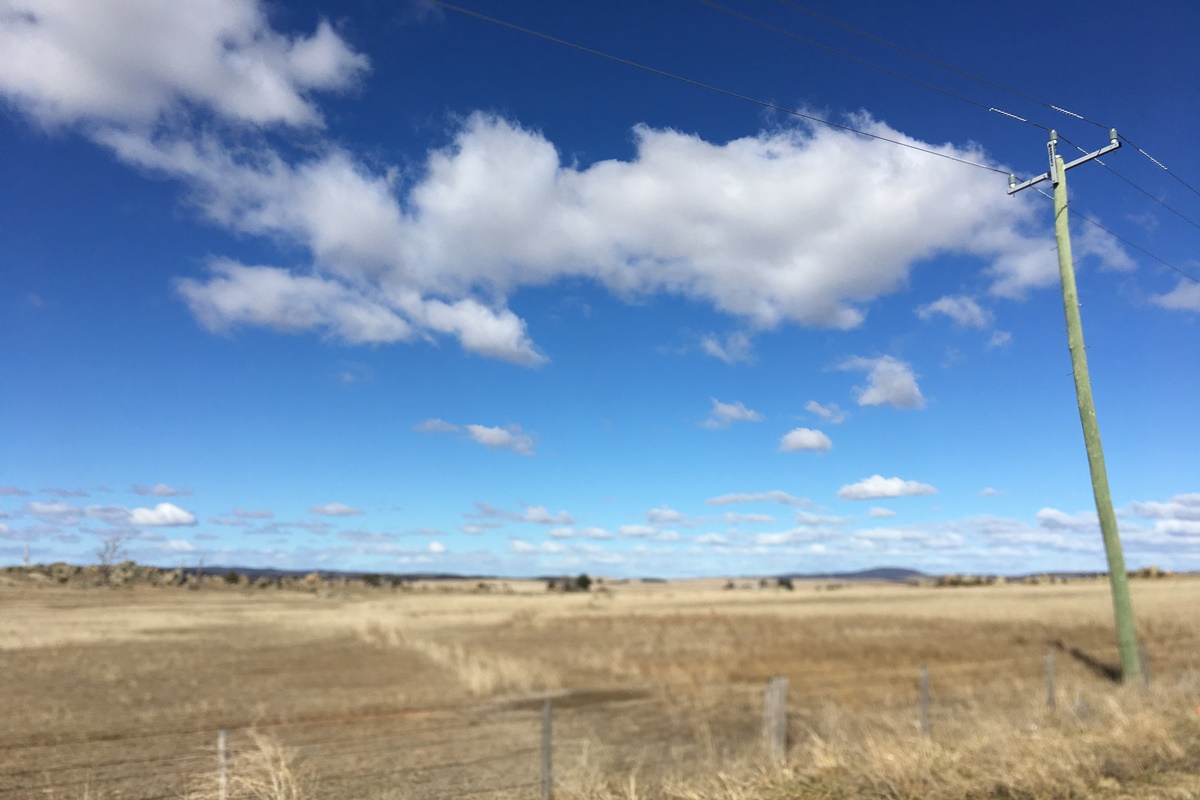 Overall the Subaru cars proved to be perfectly designed for a trip to the snow. The Symmetrical All Wheel Drive system ensures that you are safe while driving without the need for snow chains. You must of course drive sensibly.

The features such as heated seats and climate controlled air conditioning provide a comfortable driving environment and the ground clearance, especially of the XV allows for more adventurous drives. The Outback has clever roof rails that clip and reform easily to carry your skis and all vehicles have plenty of boot space for your gear.

On top of that you look stylish as well.

About Rob Fraser 961 Articles
Rob Fraser – General dogsbody & Director Rob is the founder of the business. He constantly mutters something about way too many red wines one evening being to blame. He first learned to drive on the farm in a left hand drive WW11 Jeep when he was 11, many years ago. He has maintained a strong interest in the industry ever since and was hooked on 4WDriving way back then. Having previously lived at the top of corporate life he retired in 2000 and hasn’t put a suit and tie on since. Cars are his passion so why not have a business doing what you love he figures. He has towed either a caravan or camper trailer to most parts of Australia, has run guided tours for camper trailers’ and instructed drivers in off road towing Often known for taking the 4WD in the driveway over the sports car, he has travelled pretty much everywhere in Australia and when he is bored goes for a drive.

We are testing the latest version of the Subaru Outback in 2.5i Premium form. While it forsakes the current high body design trend for its traditional wagon style, the Outback is every bit as capable […]

Subaru do Motorsport is aiming to repeat its winning form in Western Australia, when it starts round two of the 2018 CAMS Australian Rally Championship, […]