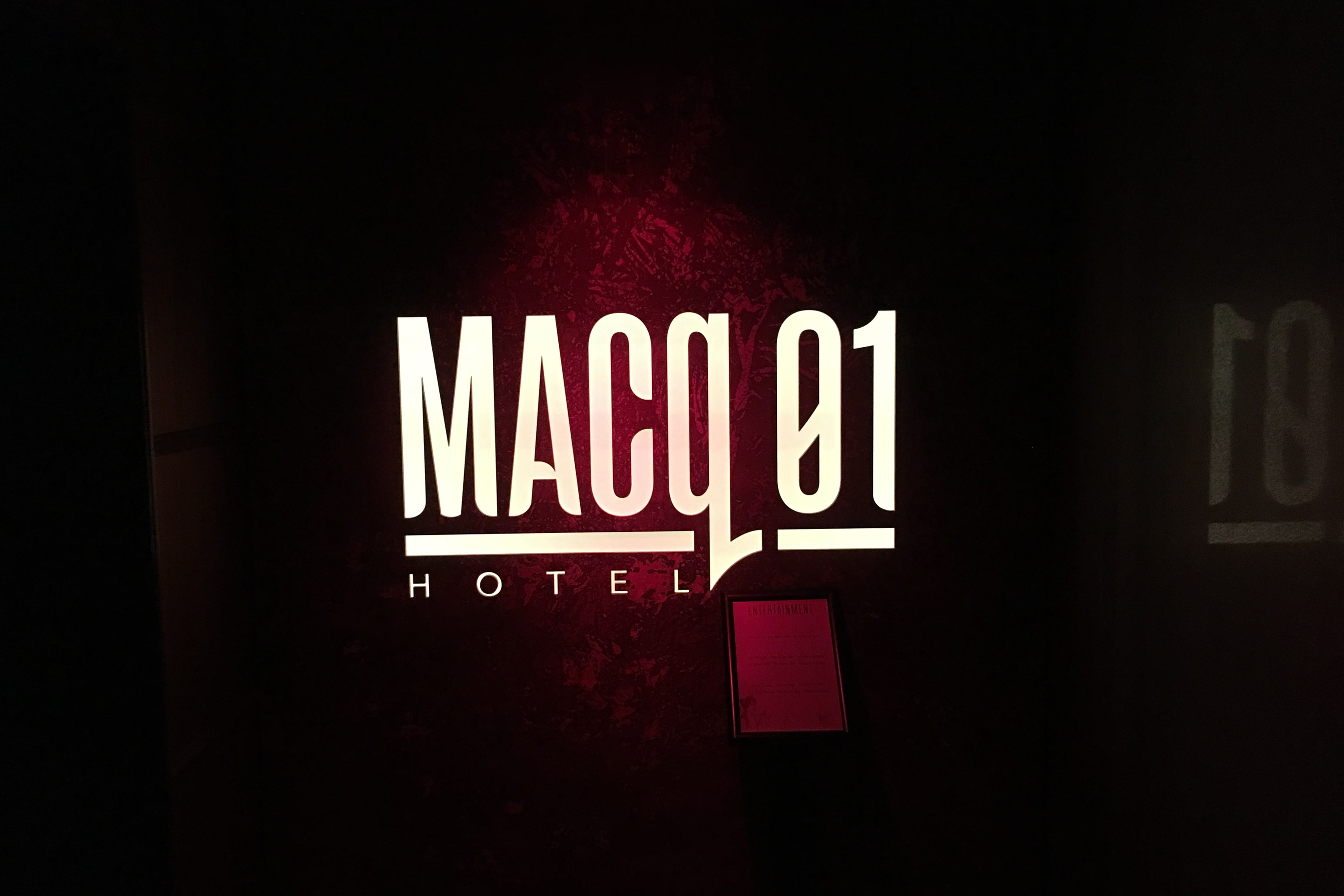 I was in Tasmania for the Subaru Rally Tasmania in Launceston as part of a Subaru drive program. The rally goes from 21-23 June in the Apple Isle as part of the third round of the 2019 CAMS Australian Rally Championship.

Luckily the good people at Subaru decided that we should take the scenic route from Hobart to Launceston and explore a bit of the coast and countryside.

We landed late on the Wednesday afternoon and were transported from the airport to the Hotel in a Tesla Model X with gullwing doors. I have to say it made quite an impression and was smooth and silent on the drive.

Hobart has a lot of appeal, surrounded by hills framing a serene harbour that is the destination of the famous Sydney to Hobart yacht race every year at Constitution Dock. 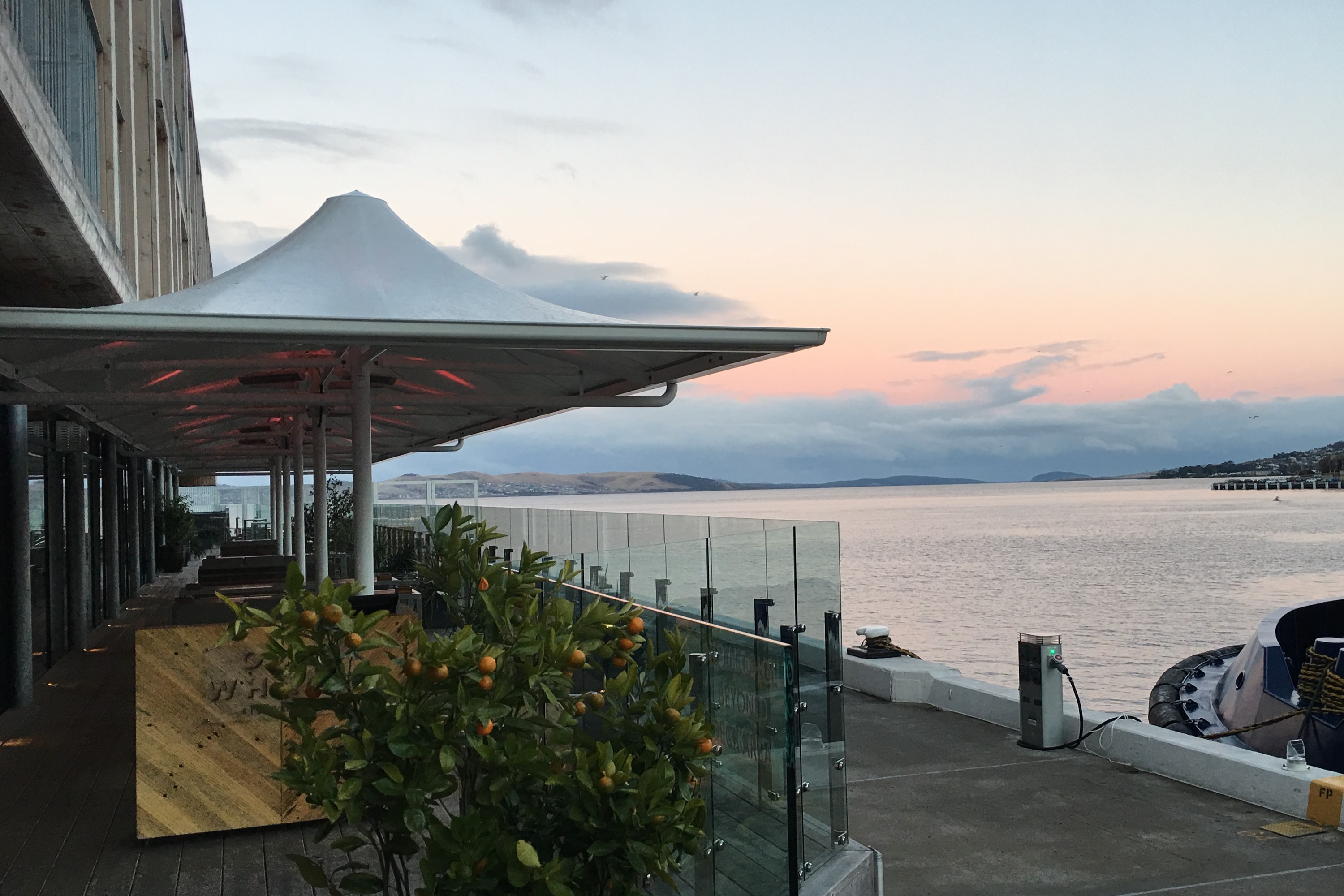 Overlooking the docks are a number of Hotels and the MACq 01 is amongst the best, being ‘on trend’ as they say in all those home renovation TV shows.

It certainly was very cool, paying homage to the history of Hobart and Tasmania wooden and shipping enterprises and each room was named after an interesting person. My room was named after Louise Lovely who was an Australian film actress. She is credited by film historians for being the first Australian actress to have a successful career in Hollywood, signing a contract with Universal Pictures in the United States in 1914. 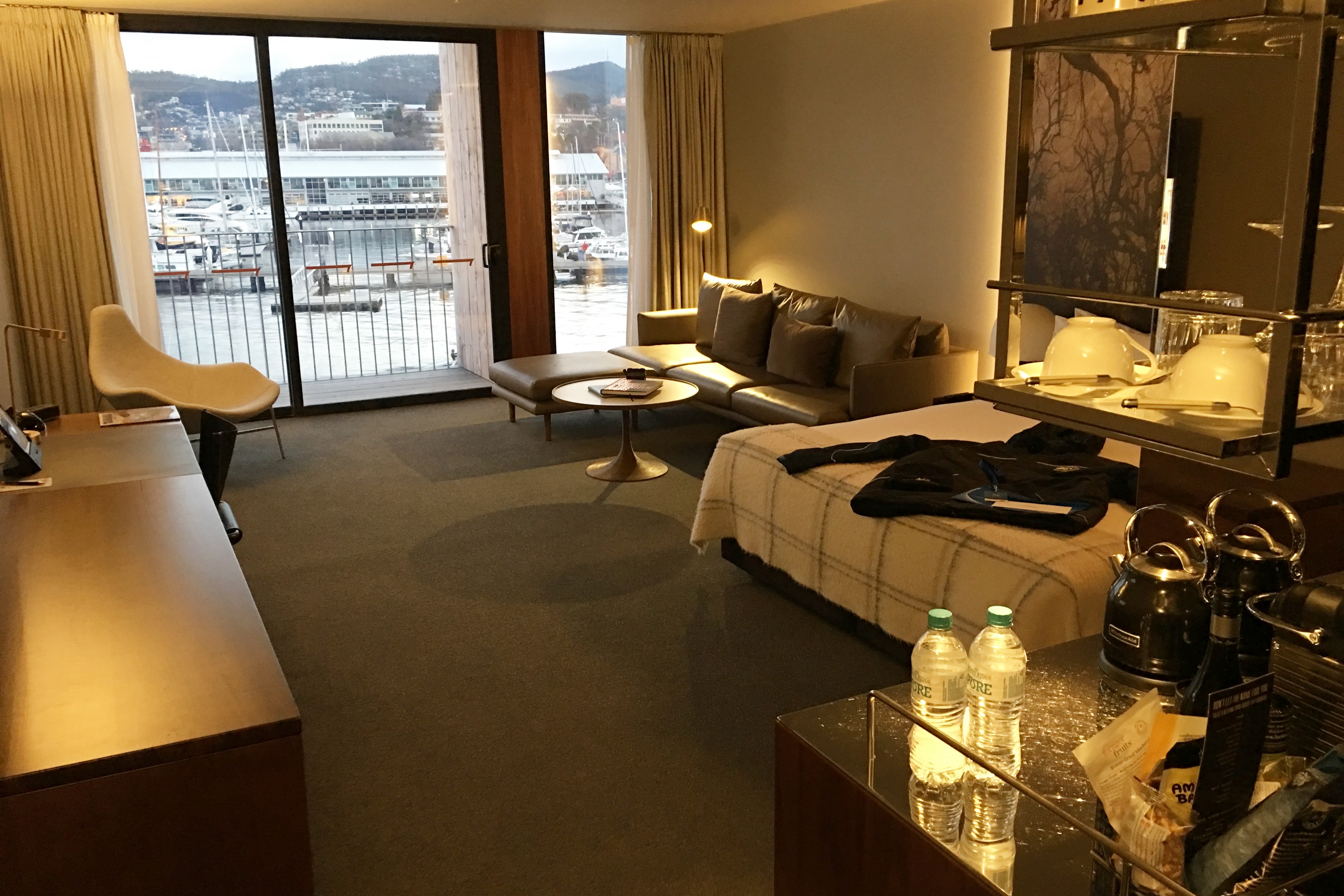 The view is magnificent, being right on the dockfront and out through the harbour entrance. At night the lights of Hobart reflect off the water and certainly provide a different appeal to the city.

Rooms are spacious, with a separate bathroom section and walk in robe area. One could get very used to this level of luxury! 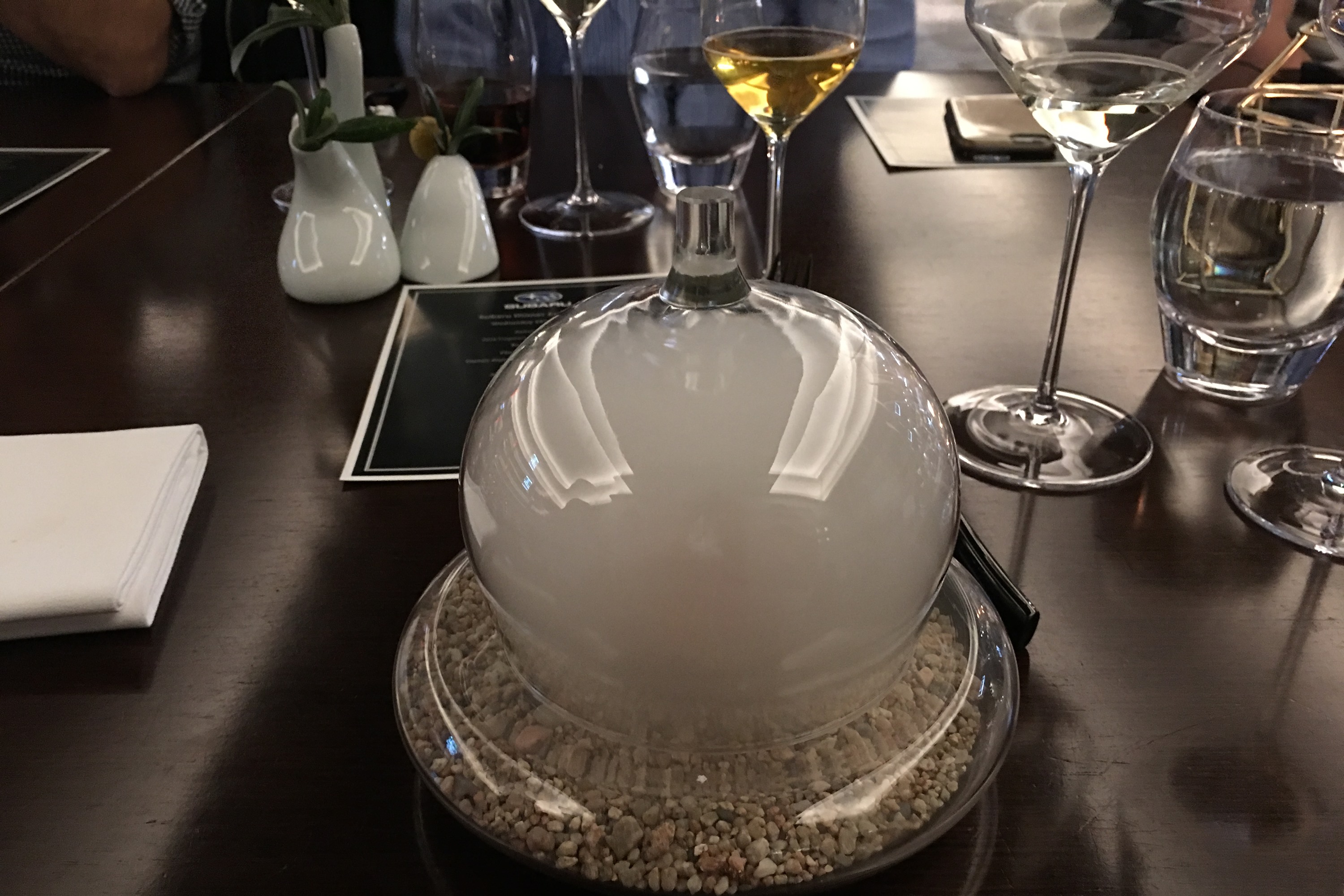 Requiring special mention is the dinner we indulged in at MACq 01. To say it was a gastronomical delight would be a disservice. With local produce and wines from Frogmore Creek, the 9 course degustation, matched to specially selected wines was amongst the top three interesting and delicious meals I have ever had. The atmosphere was stunning.

Still full from the previous night’s dinner, even though the breakfast layout was superb, I declined as we headed off. We had a selection of Subaru’s to choose from and we initially drove a Cool Grey (which looked pale blue to me) XV 2.0I Premium. 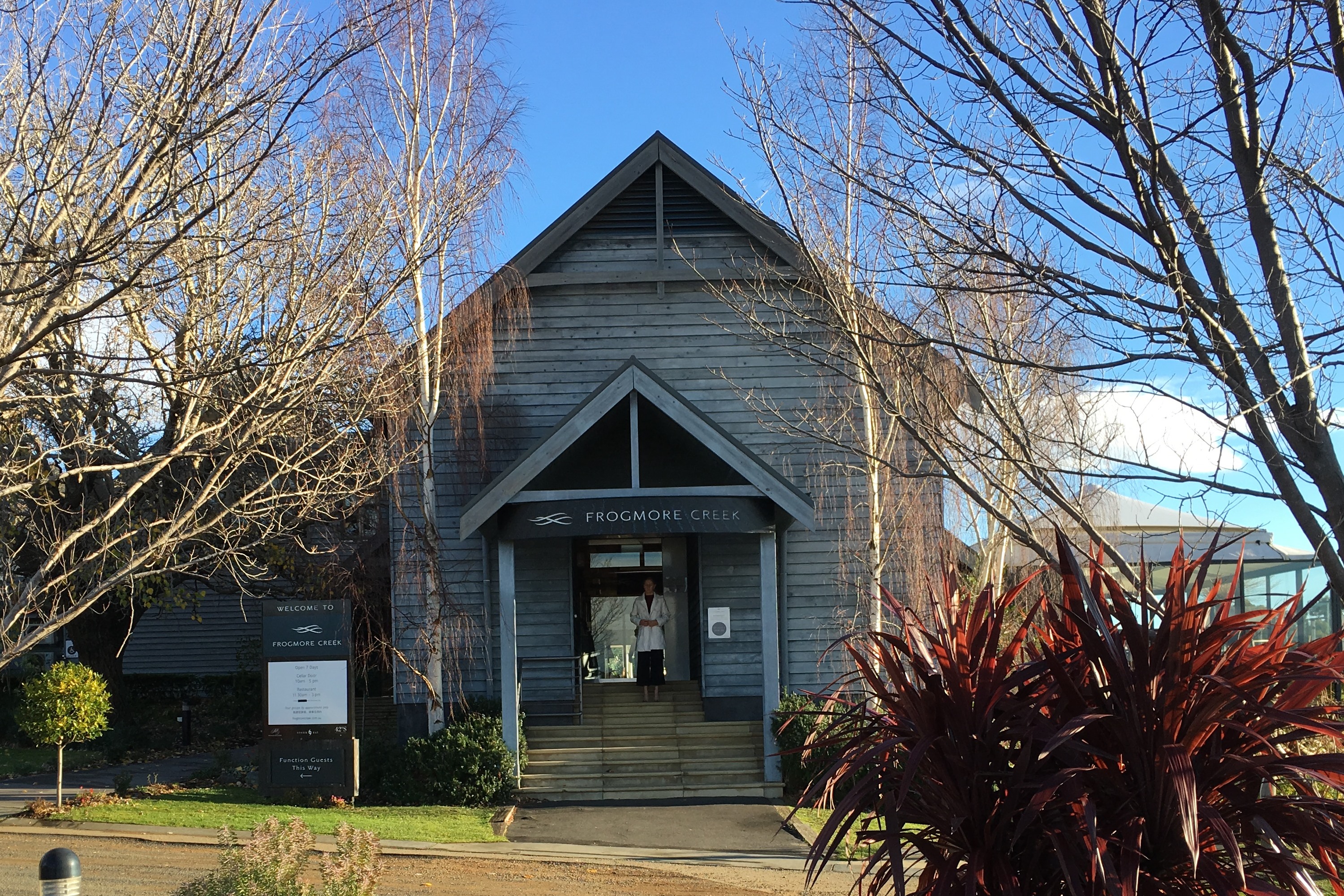 Off we headed but only for about 15 minutes, for just out of Hobart is the Frogmore Creek winery complex.  You may recall on the recent trip to Pumphouse Point we also indulged in produce and wines from Frogmore Creek.

Overlooking the waterways of Hobart, Frogmore Creek is a definite destination on a Sunday afternoon, to while away the hours with excellent food and wines. I recommend the Ruby Red Pinot Noir wine. 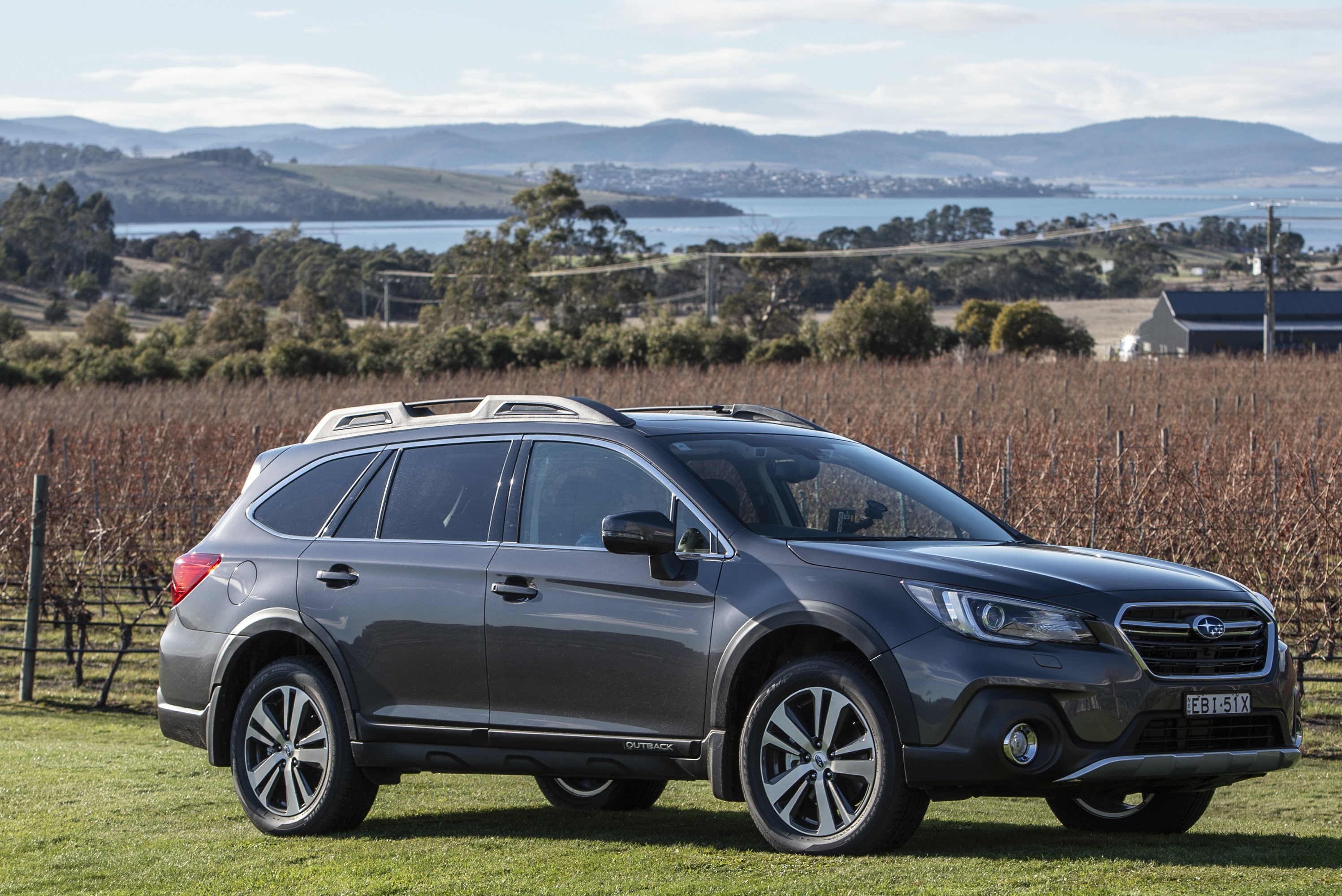 Another fine repast was laid out with freshly baked scones, jam and cream, fruit platter, savouries and other delights. Frogmore Creek is also a winery and restaurant and has a wonderful fireplace to laze in front of on those cold winter days. If it’s sunny there is plenty of outdoor seating as well. Absolutely worth the visit. 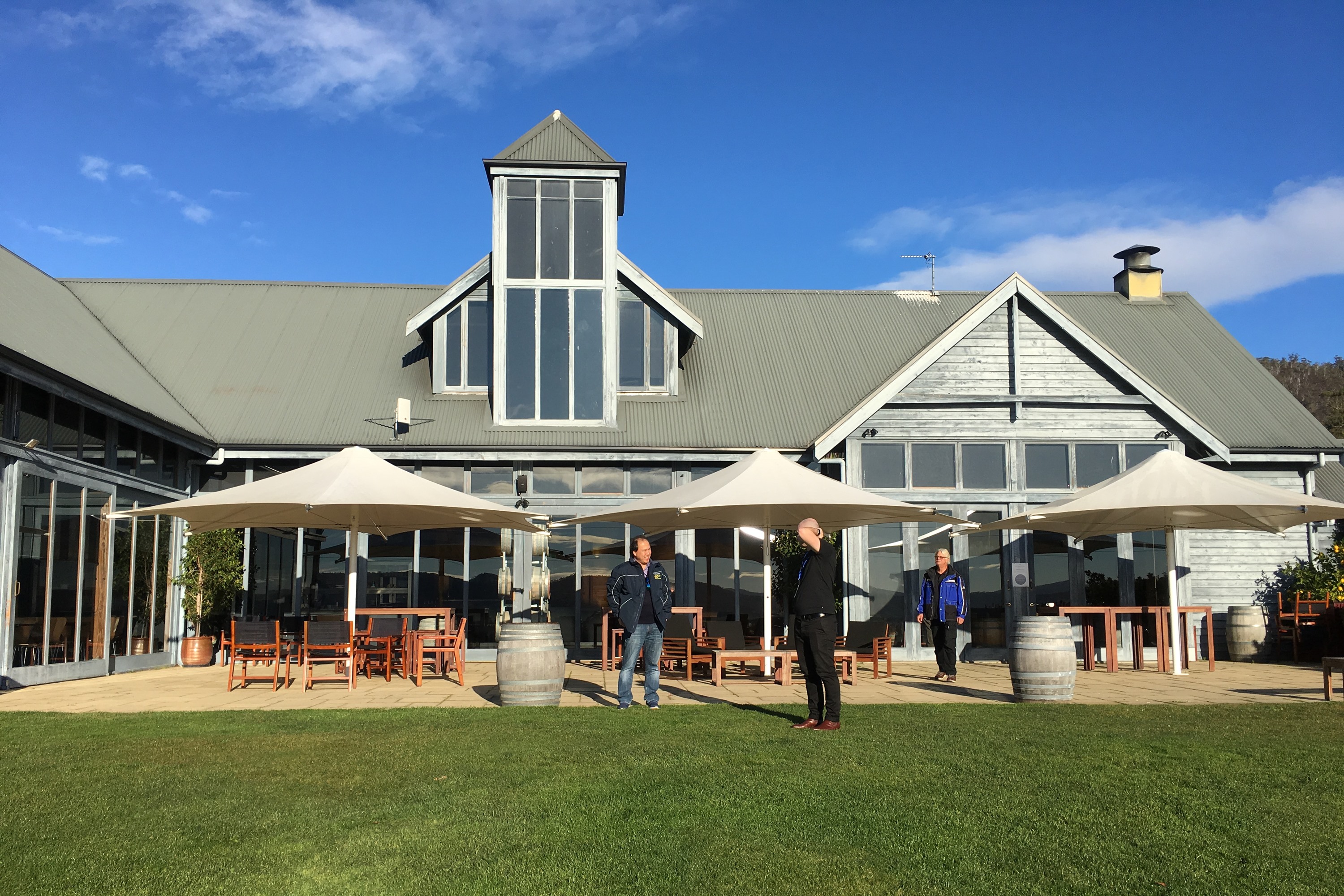 From there we headed north on our first leg of the two day drive. We both hugged the cast road and also explored a number of dirt roads through beautiful scenery, because that what you can do in a Subaru. The roads varied from good tar to very potholed dirt and gravel.

The benefit of the Symmetrical constant AWD of the Subaru’s is that you simply drive, no matter what the road surface is. Dirt to tar, there is no need to switch dials or change from 4WD to 2WD. 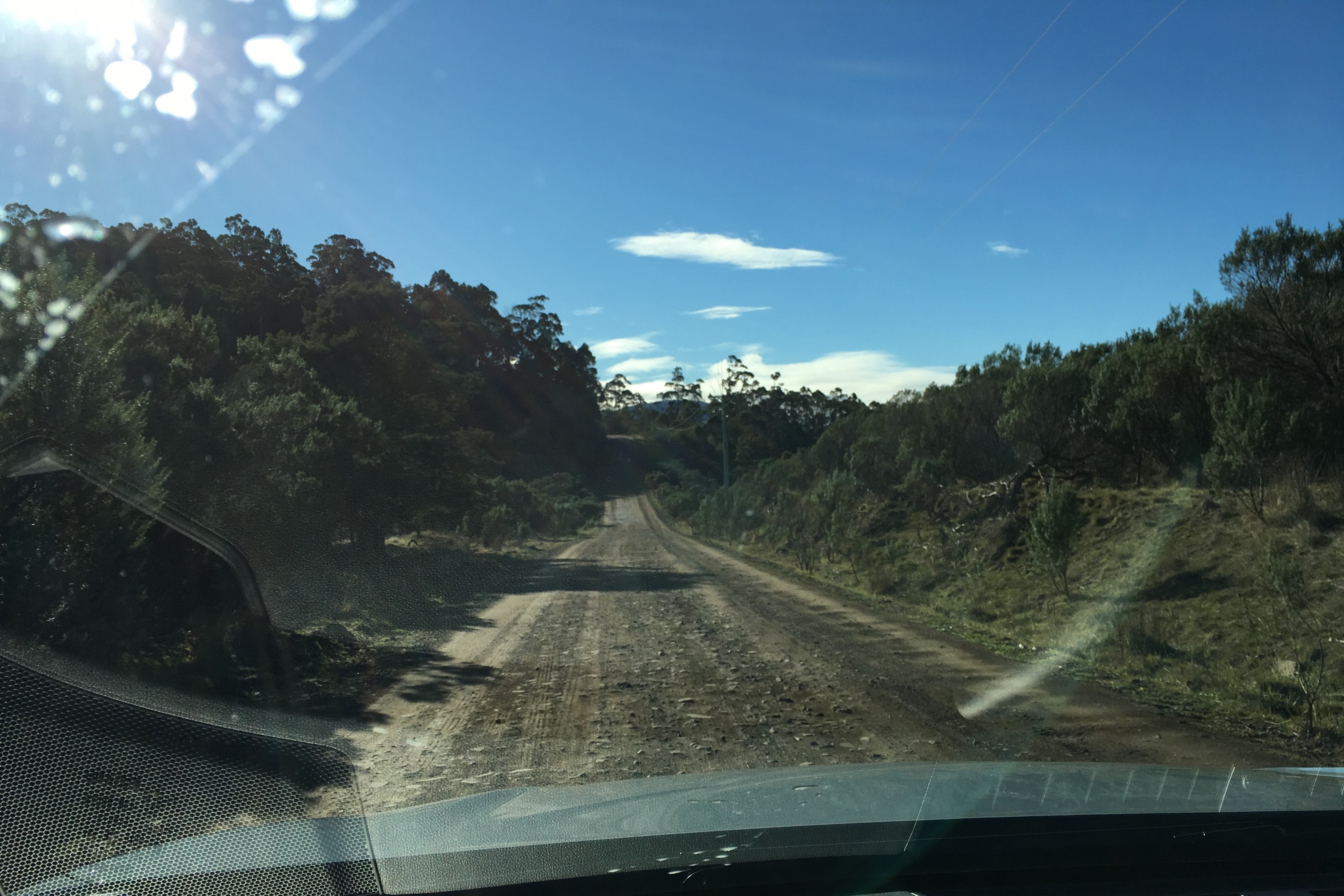 There was no skirting the rough roads as Subaru is confident in their product and a number of the other journalists on the trip remarked how many manufacturers wouldn’t even contemplate taking some of the roads we took as there might be a few squeaks and rattles after the drive. Not so with us. Corrugations, potholes, loose gravel and wet dirt were all taken in stride by the Subaru XV.

Cody Crocker, who is a multiple Australian Rally Champion, designed the drive program in conjunction with others, and I have to say the first part was a lot of fun. 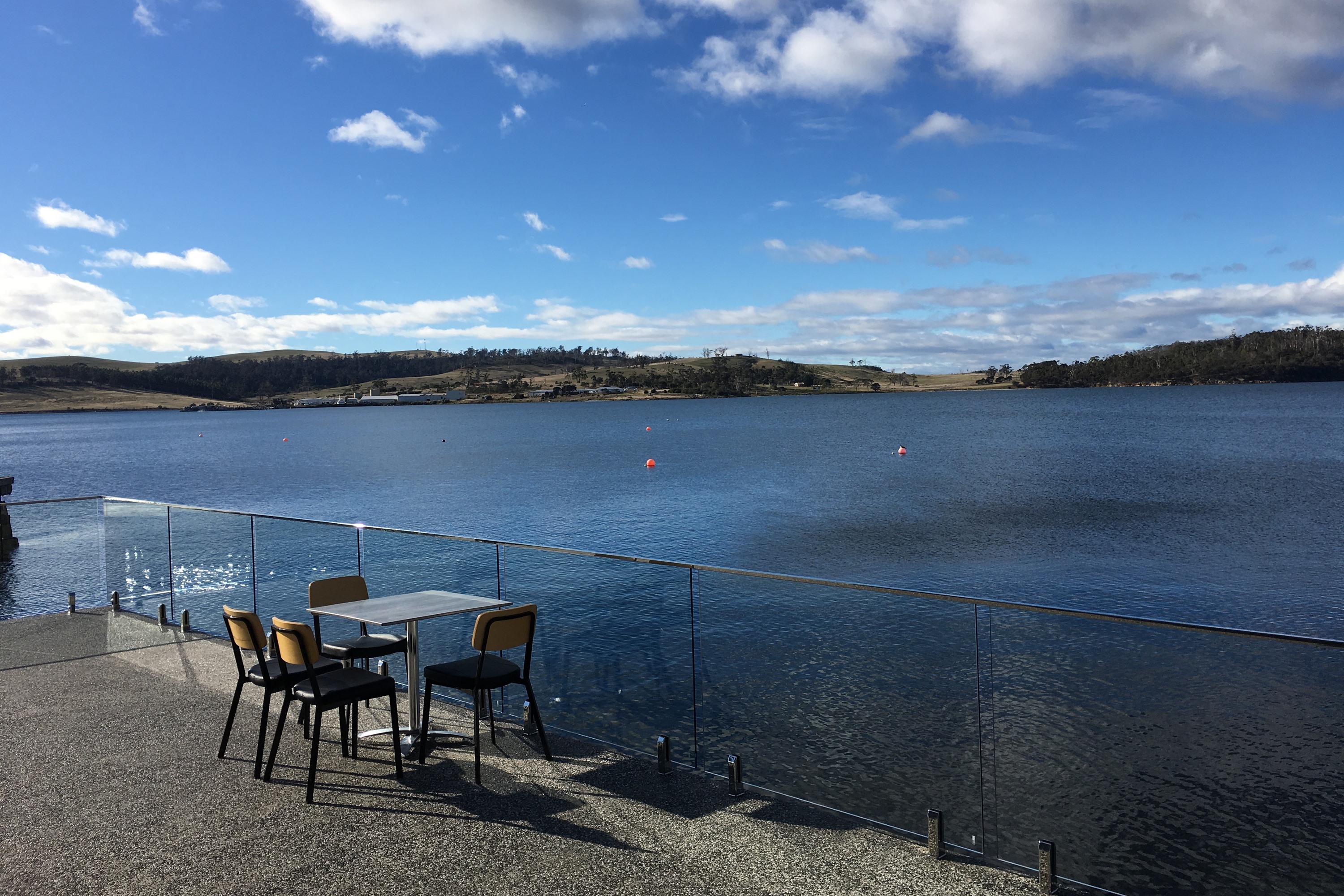 Lunch was at Spring Bay Café at Orford, a holiday town on the coast about 2hrs north of Hobart. There was a large carpark at the restaurant and Subaru took the opportunity to demonstrate their AEB system. 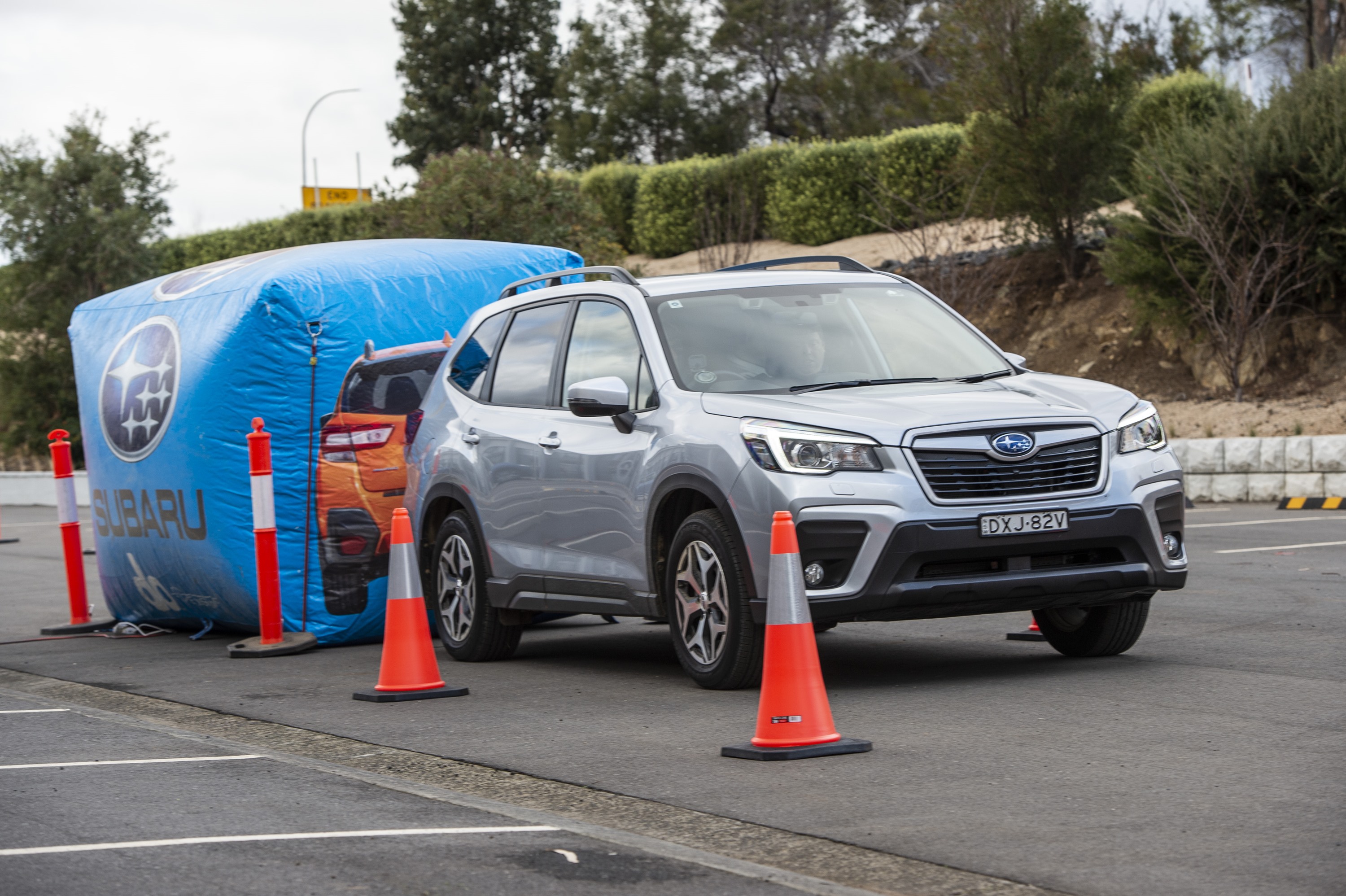 The Subaru’s are one of the few cars that has AEB for both frontal and rear impact avoidance. It’s a little disconcerting driving at an object, admittedly a blown up airbag, at 20kmh and not braking, trusting the car to stop in time. But it did every time and demonstrates the levels of safety features that are standard on the Subaru.

A quick driver change and we were off again, towards our overnight stay in Coles Bay. 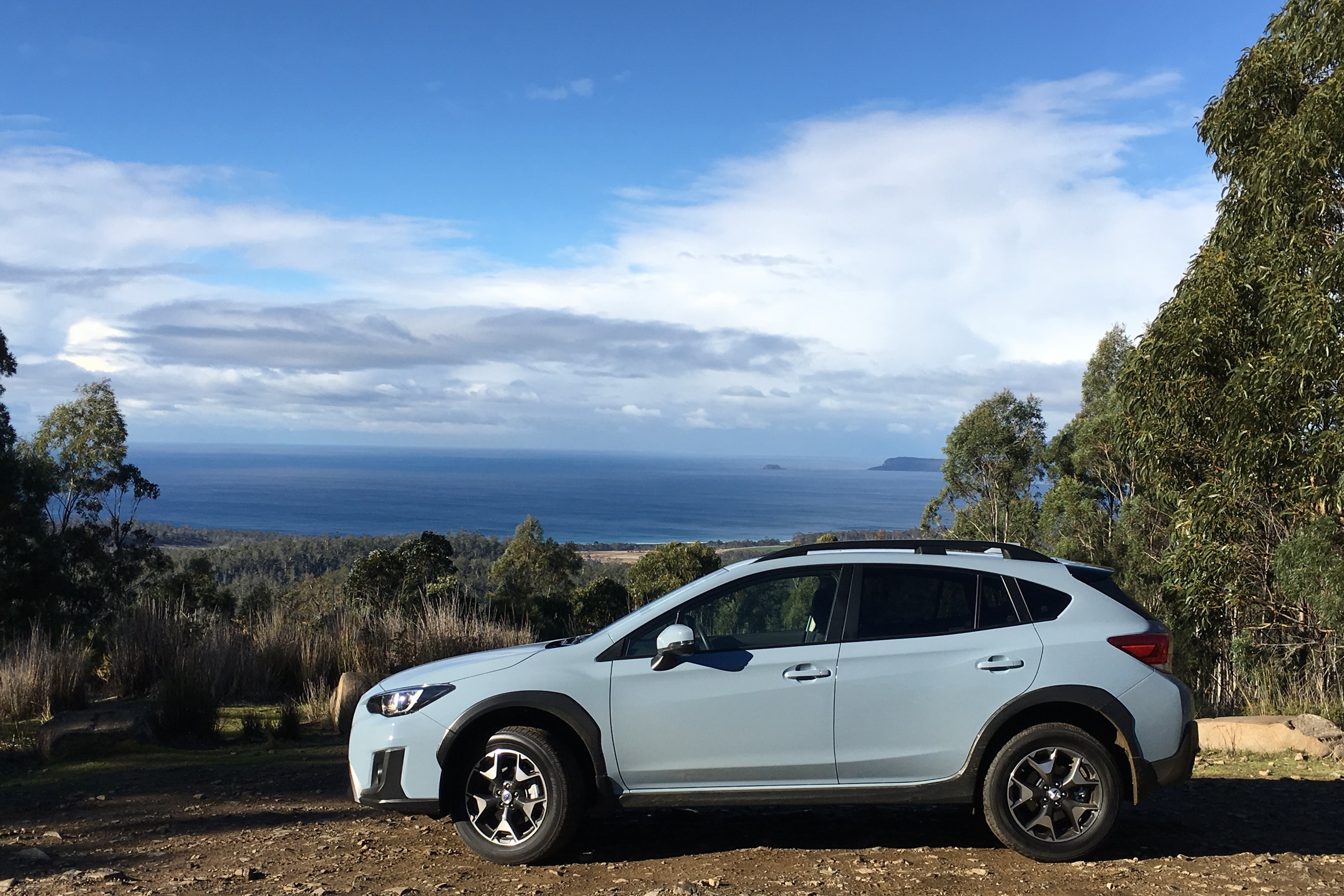 Again we mainly followed the coastal roads for the second leg of the drive. A mix of both tar and dirt roads ensued and pockets of stunning scenery all appreciated from the quietness and comfort of the Subaru XV. We were on a deadline though as we had a cruise booked around Coles Bay at sunset.

The boat was a typical cruise boat, but the staff very friendly. Out the front the wind was pretty strong and cold, but as hardy souls (ha) we braved the weather to take in the panorama. At times the wind was blowing so hard that the swell tested the sea legs, yet when protected from the wind it was delightful. Highlight of the cruise was obviously sunset across the bay as well as the marine and birdlife with a pair of sea Eagles spotted nesting then gliding and a group of sea lions on the rocks basking in the final moments of daylight. 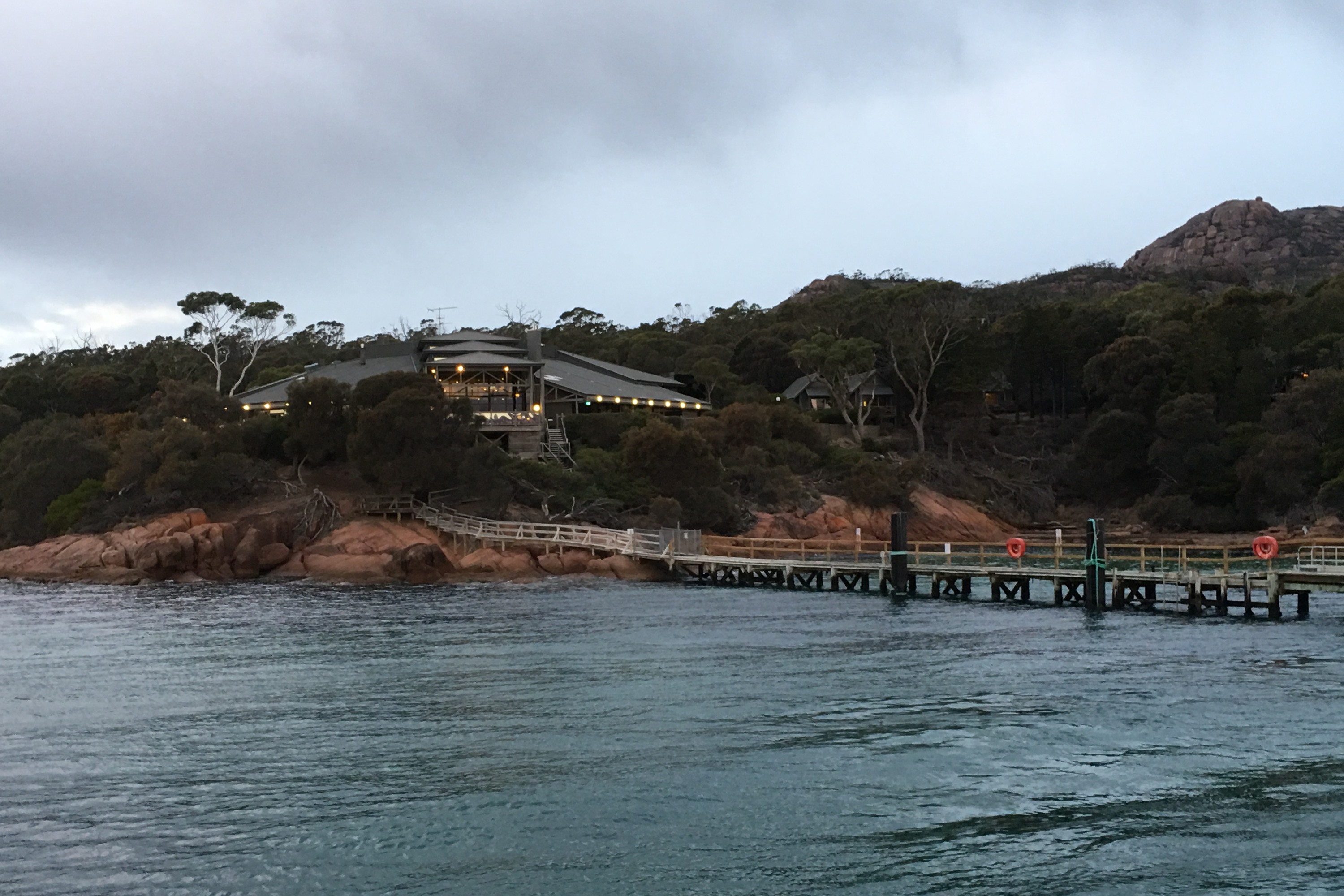 The evening was to be spent at Freycinet Lodge, centrally located in the Freycinet National Park. This ecofriendly lodge is home to a number of local wildlife such as brushtail possums (one held a member of our group hostage in her room for about 10 minutes wanting food), Bennett’s and Rufous wallabies, Eastern Quolls, pademelons (like a cute mini wallaby) and many varieties of birdlife.

The rooms are lit by low voltage LEDs and are integrated into the bush to minimise the impact as well as provide the best views over the bay and surrounding bush.

Being located in a National Park, surrounding facilities are limited but essentials are there. Phone reception is also limited.

In addition to the sunset cruise, other local activities include scenic flights, quad bike adventures, sea kayaking and more. But the best thing to do is don the good walking shoes and head off on any of the many tracks that criss cross the area. You can walk to the famous Wineglass Bay (or take a cruise if that suits better)

Oh and don’t forget to pack the winter woolies as it was bloody cold, especially the eary mornings and evenings.

In part two of Exploring the East Coast of Tasmania I will let you know what the lodge is like, and we head to Launceston through an exciting drive up Jacobs Ladder and onto the Subaru Rally Tasmania 2019 which kicks off with a Super Special Stage under lights in the heart of the City.

At the New York International Auto Show, Subaru unveiled the all-new Forester. Expected to hit Australian shores in September this year, there have been some significant changes to the top-selling model. […]

For those of you who are familiar with high quality caravans you should add the name Avida and we recently had the opportunity to try one out for two weeks in Tasmania. The test model was the Avida Sapphire CV6624L with the Multi Terrain tandem axle Alko leaf suspension. […]