Continuing on our way to the Subaru Rally Tasmania in Launceston as part of a Subaru drive program we explore the drive from Coles Bay to Launceston in part two of our story.

In part one we explored from Hobart to Coles Bay and were staying overnight at Freycinet Lodge in the heart of Freycinet National Park.

The rally goes from 21-23 June in the Apple Isle as part of the third round of the 2019 CAMS Australian Rally Championship. 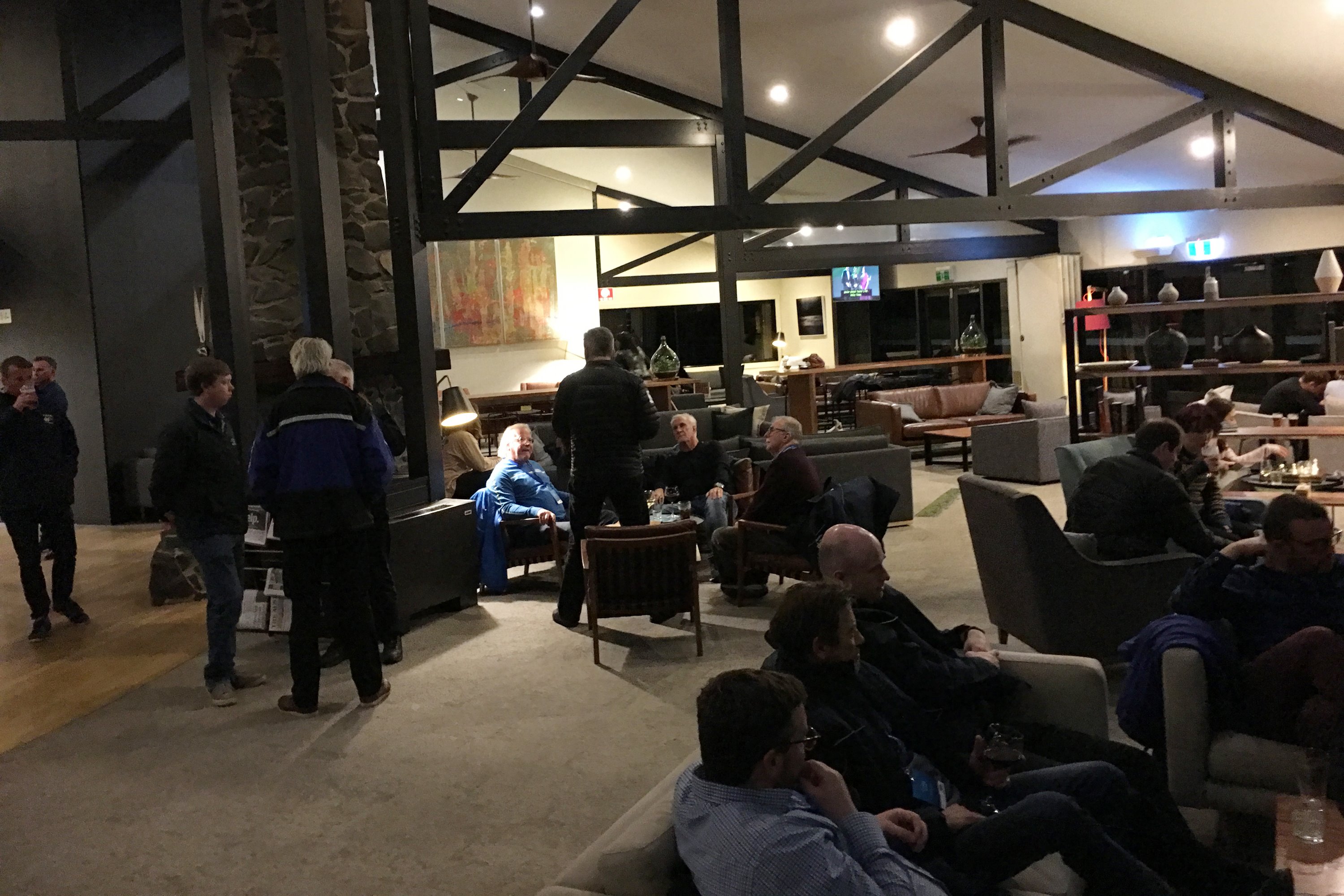 After a stunning evening meal at the lodge, a few glasses of warm mulled wine and too many red wines we retired to our eco-friendly rooms. The rooms themselves are a little unusual.

You walk into a glass corridor, with stunning views over the bay, and on one side is the bedroom and the other the split bathroom/toilet and the lounge room. The sink is in the corridor. 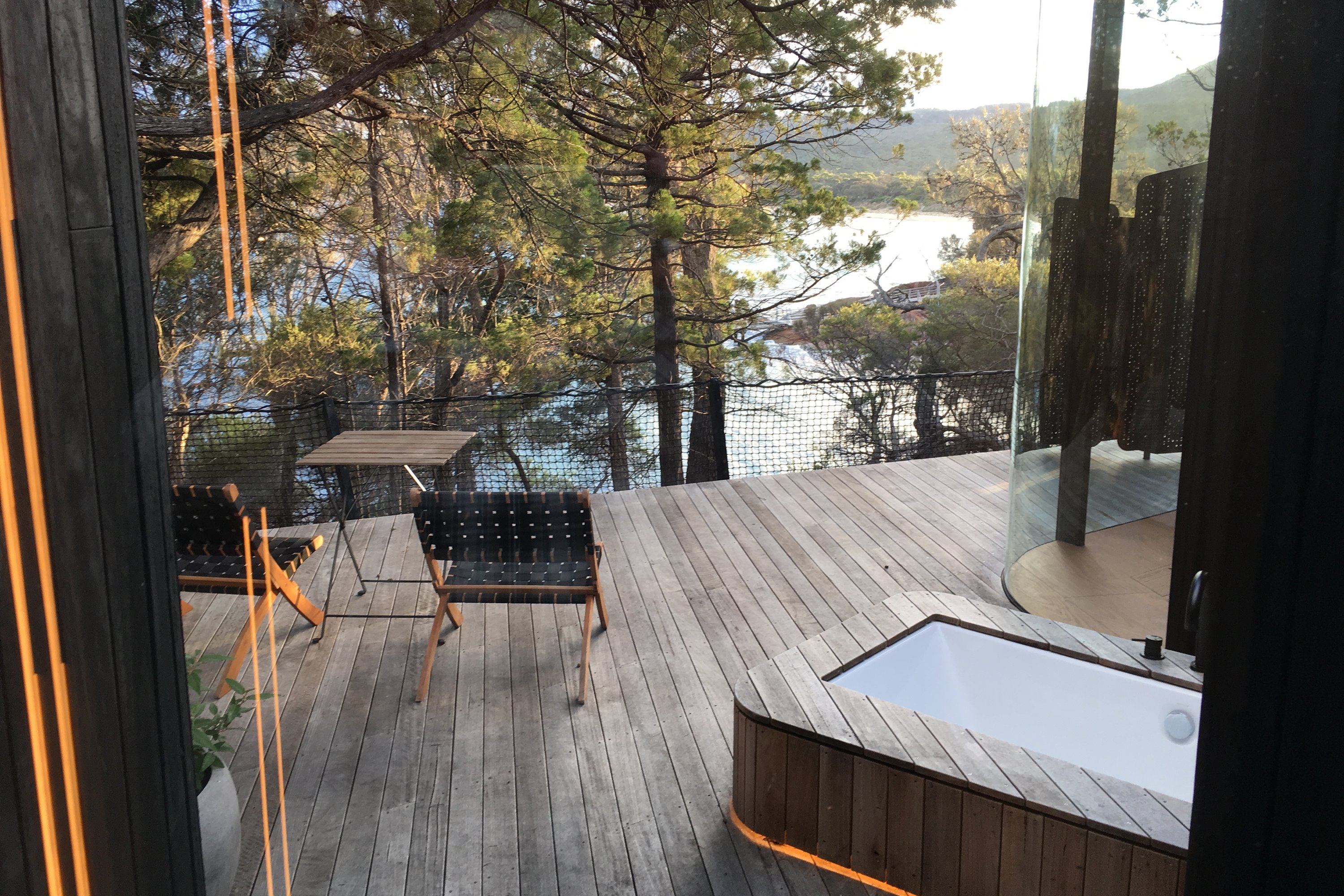 The really cool feature is that the shower has a glass front with views over the bay as well. Obviously this would change depending on the room. Outside is a private deck with the world’s tiniest outdoor bath. Not for me!

Throughout the resort there are walking paths, native wildlife and birds and plenty of bush. Again it was very cold and the early start the next morning reinforced the need to rug up. Luckily we were in an Outback and we simply turned on the heated seats and within minutes we were nice and toasty. 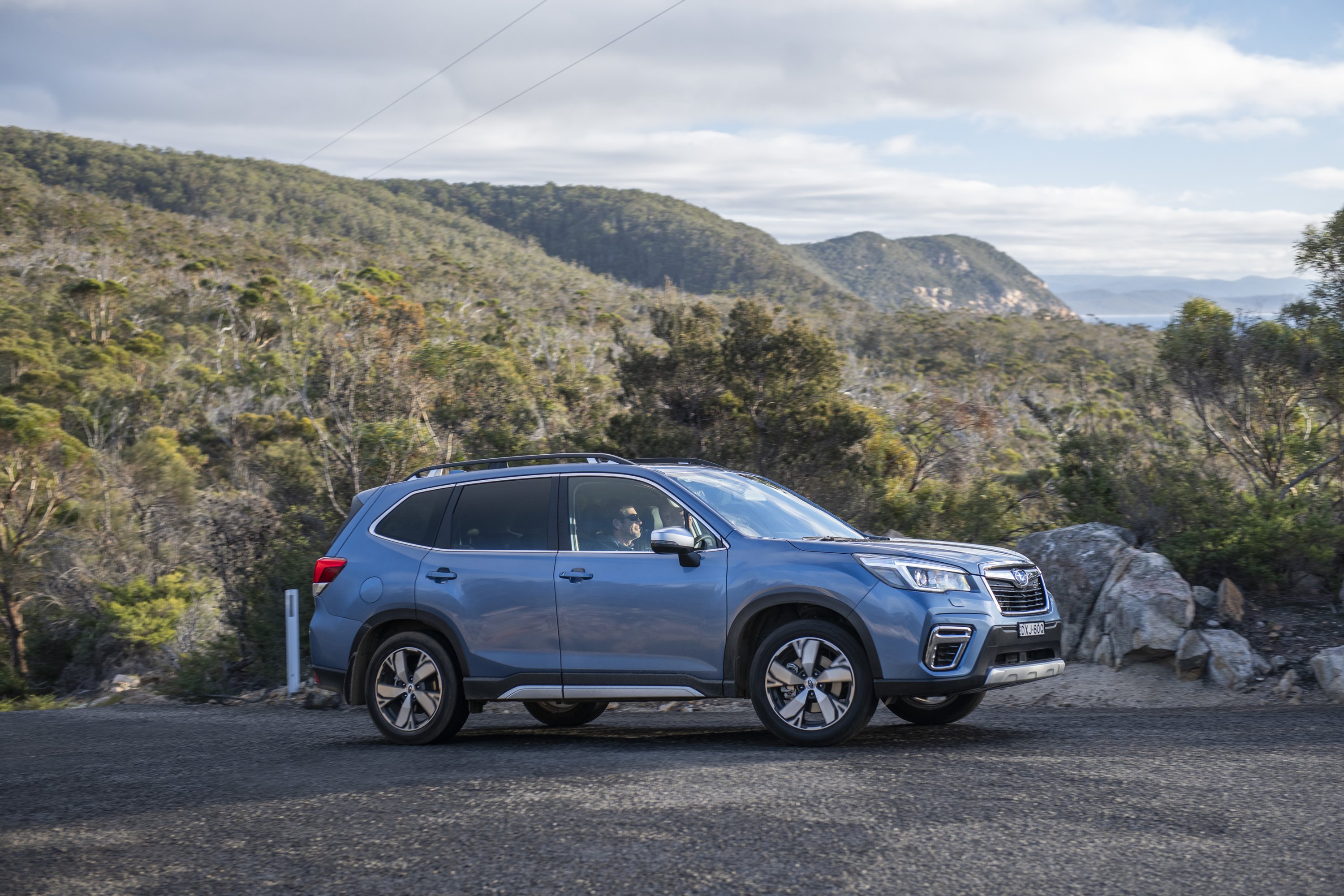 The drive on day two took us along the coast again, stunning scenery, some wet dirt roads, (easily tamed by the Subaru constant all-wheel drive) and then we headed inland to a town called Fingal and the Hayshed Café for some delicious scones and home-made sausage rolls with a hint of Rosemary. Hot chocolate and other treats. The local foods in small towns through Tasmania is simply delicious, much of it is home-made and hearty. I haven’t had scones like that since my childhood when my sister used to make them. 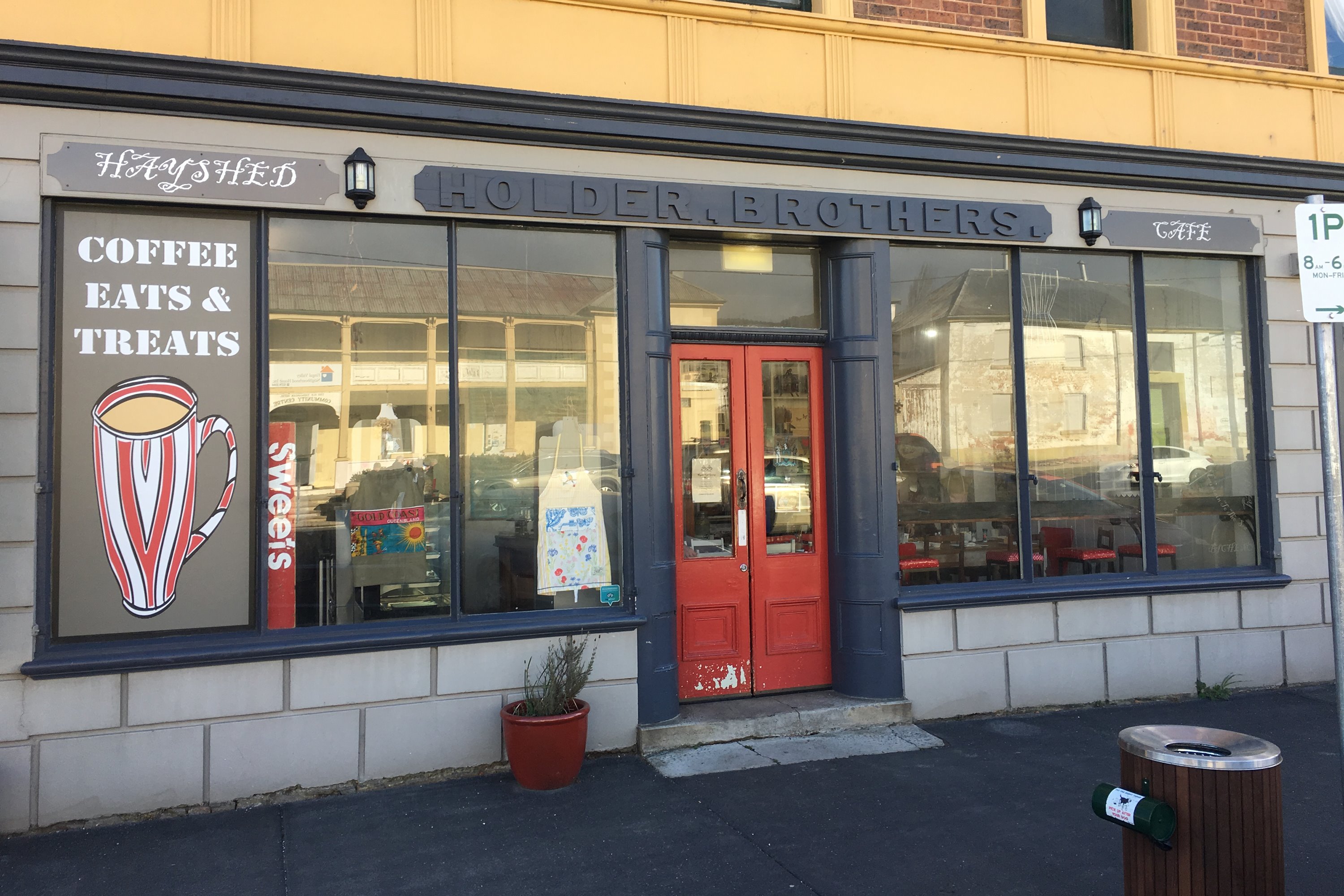 From Fingal we headed through the mountains along twisty dirt roads that were both engaging and fun to drive on. These are the type of roads the Subaru SUVs are made for. The constant AWD along with suspension designed for such roads makes the drive a delight. We had about 150km of such roads. 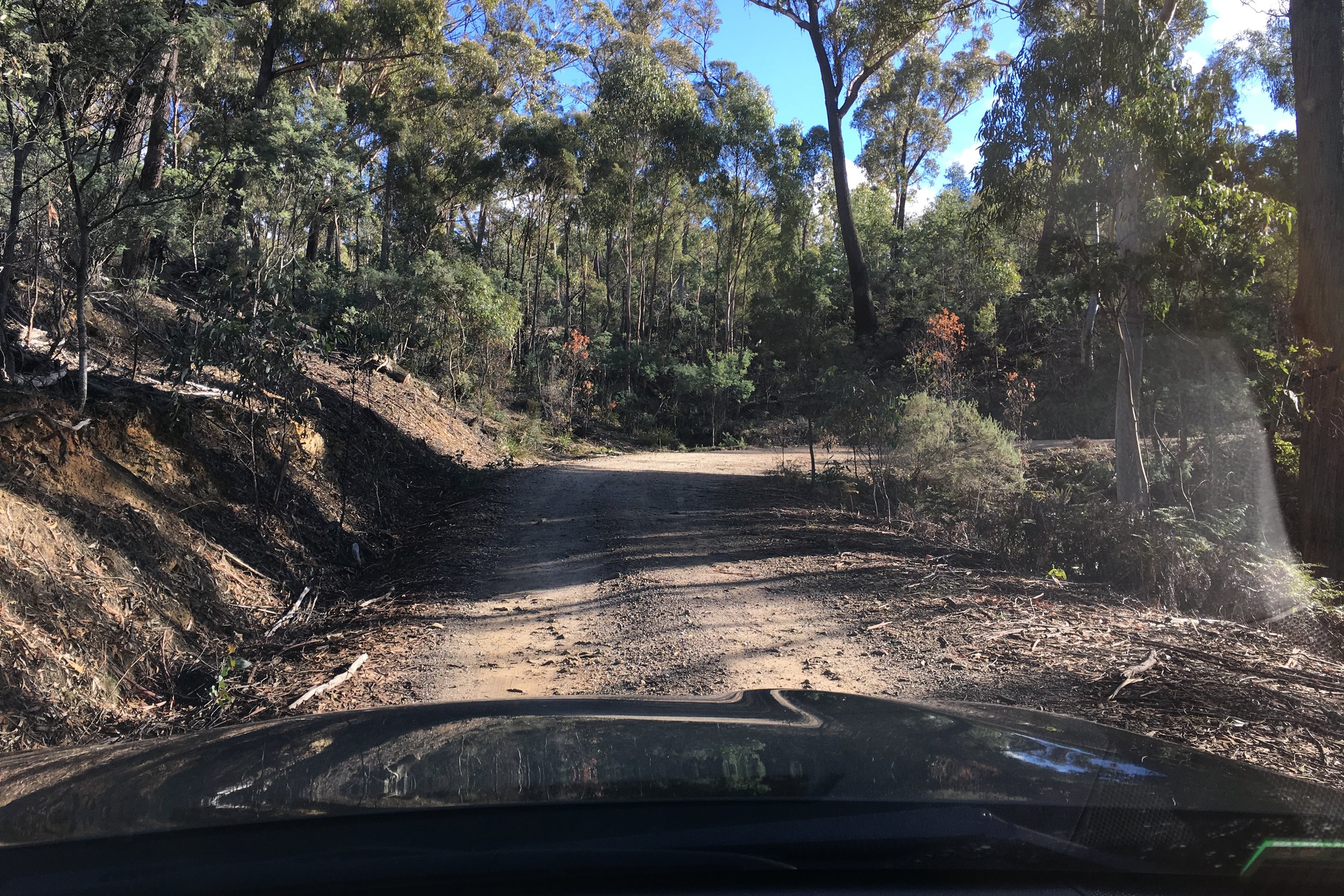 I can understand why Subaru is so popular with Tasmanian drivers. They have these type of roads everywhere and they can drive on them with complete peace of mind. 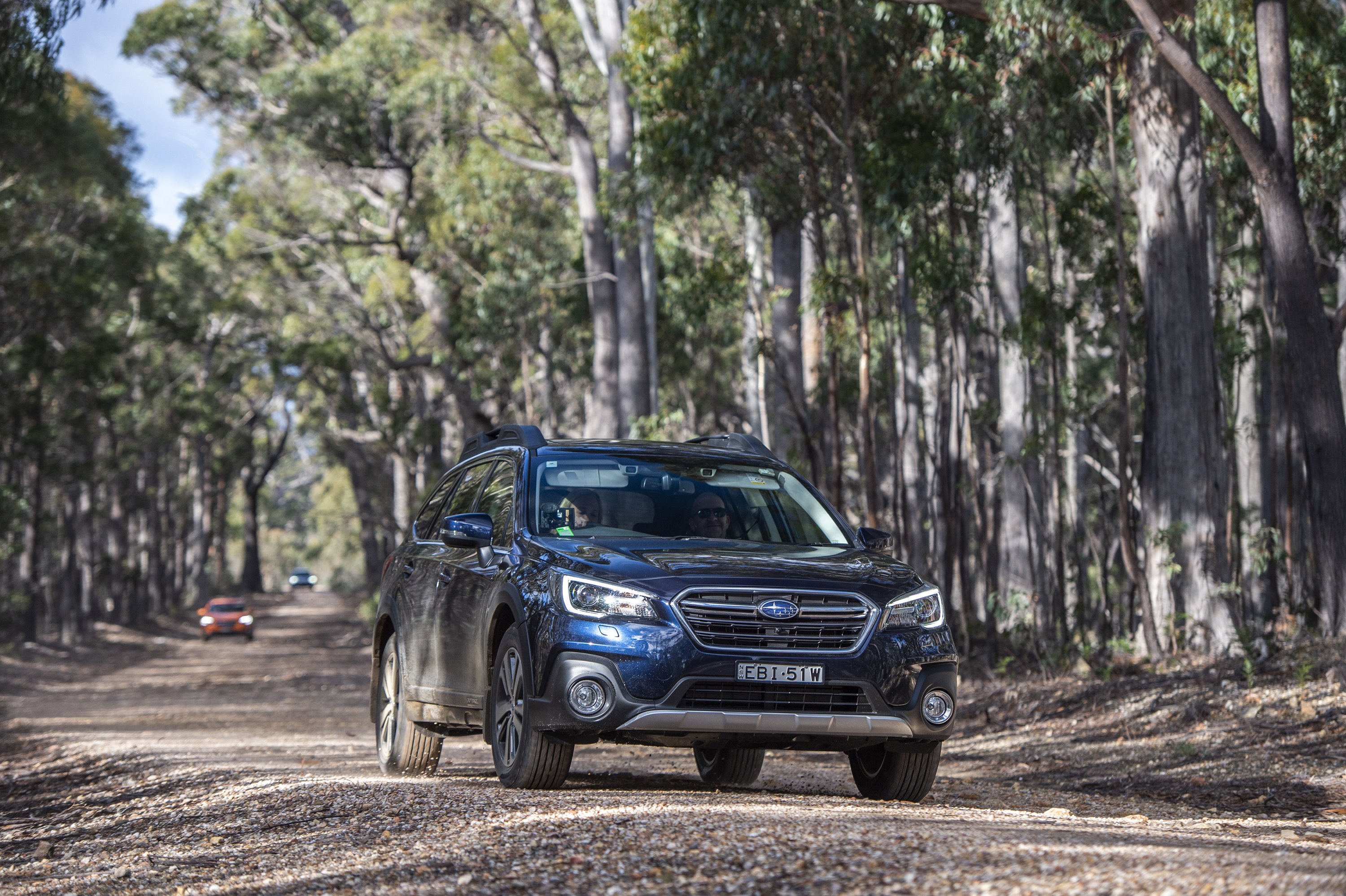 The Subaru allows drivers to be adventurous, exploring the out of the way locations, rather than staying to the main roads. 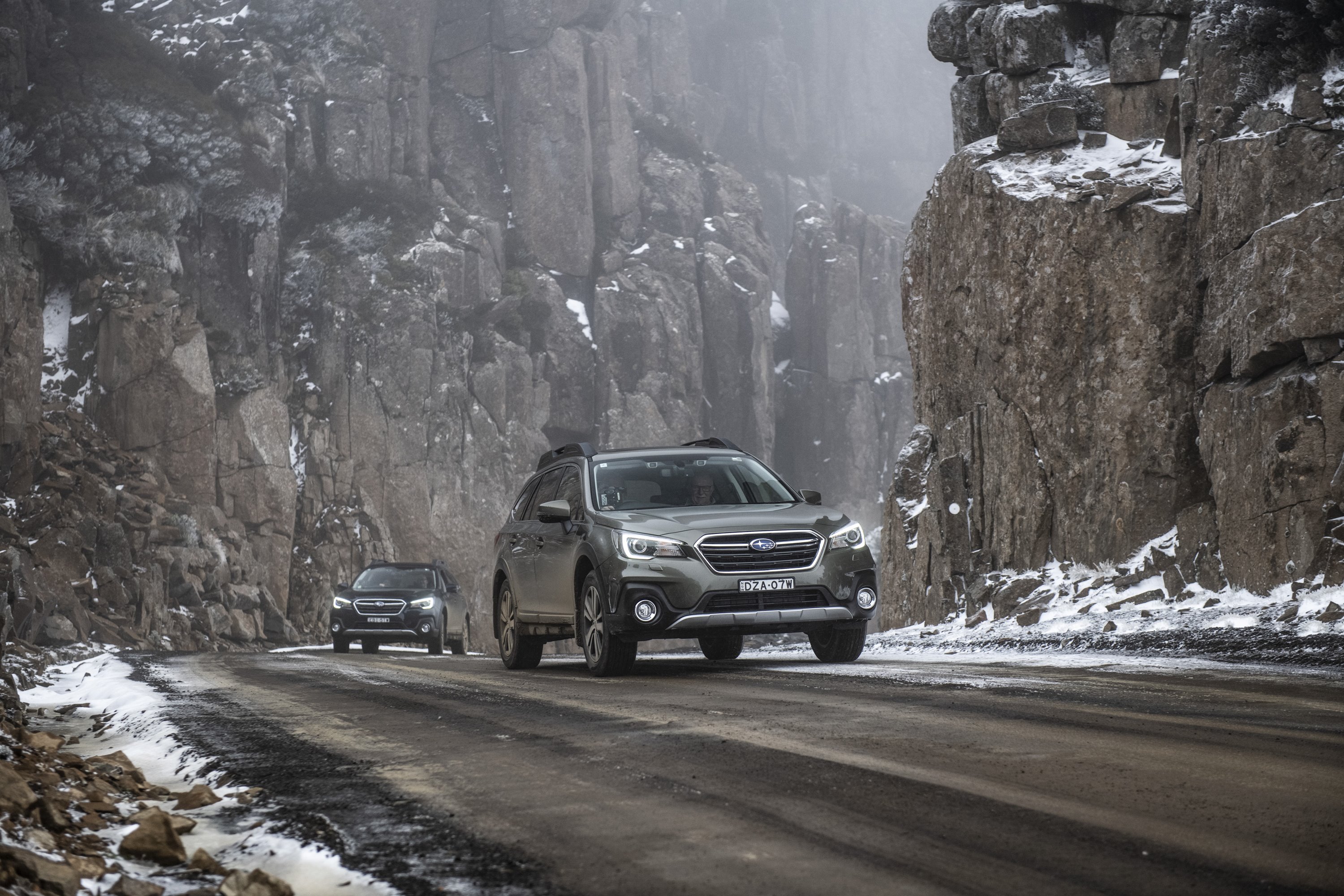 Our interim destination was a scenic twisty piece of road called Jacobs Ladder, which climbs the rear of the Ben Lomond Mountain.

Now why someone looked at the mountain side and said “let’s put a road there’ I will never understand because it’s frightening. A complete description of the drive up and down Jacobs Ladder can be found here.

I have driven many places in Australia and seen picturesque countryside and stunning scenery. The sheer cliffs and rugged stone mountain sides of Jacobs Ladder is as beautiful as anywhere else in Australia. 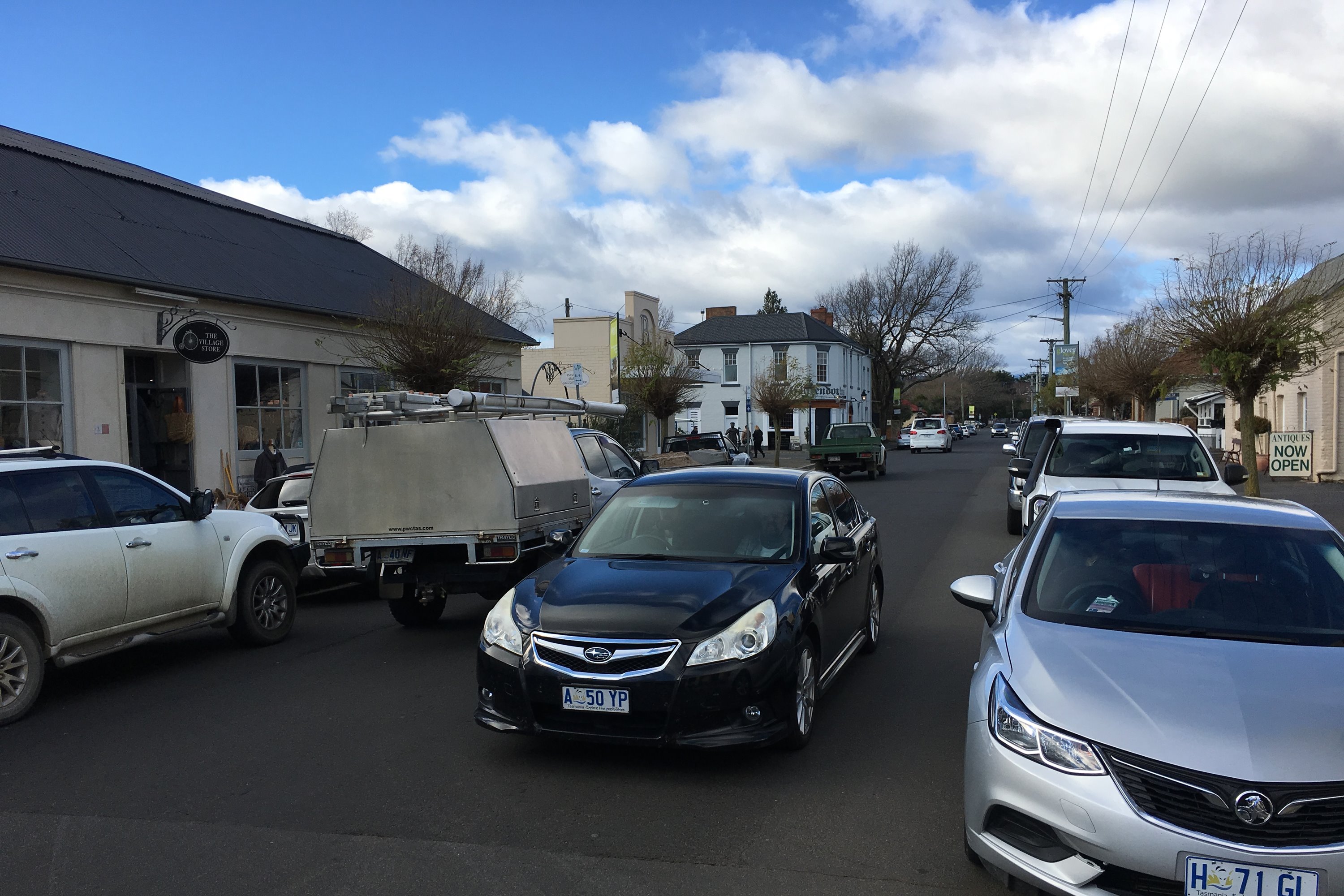 Once we were down from our detour we headed off again on twisty dirt roads towards the township of Evandale where every year they host the Penny Farthing street race. 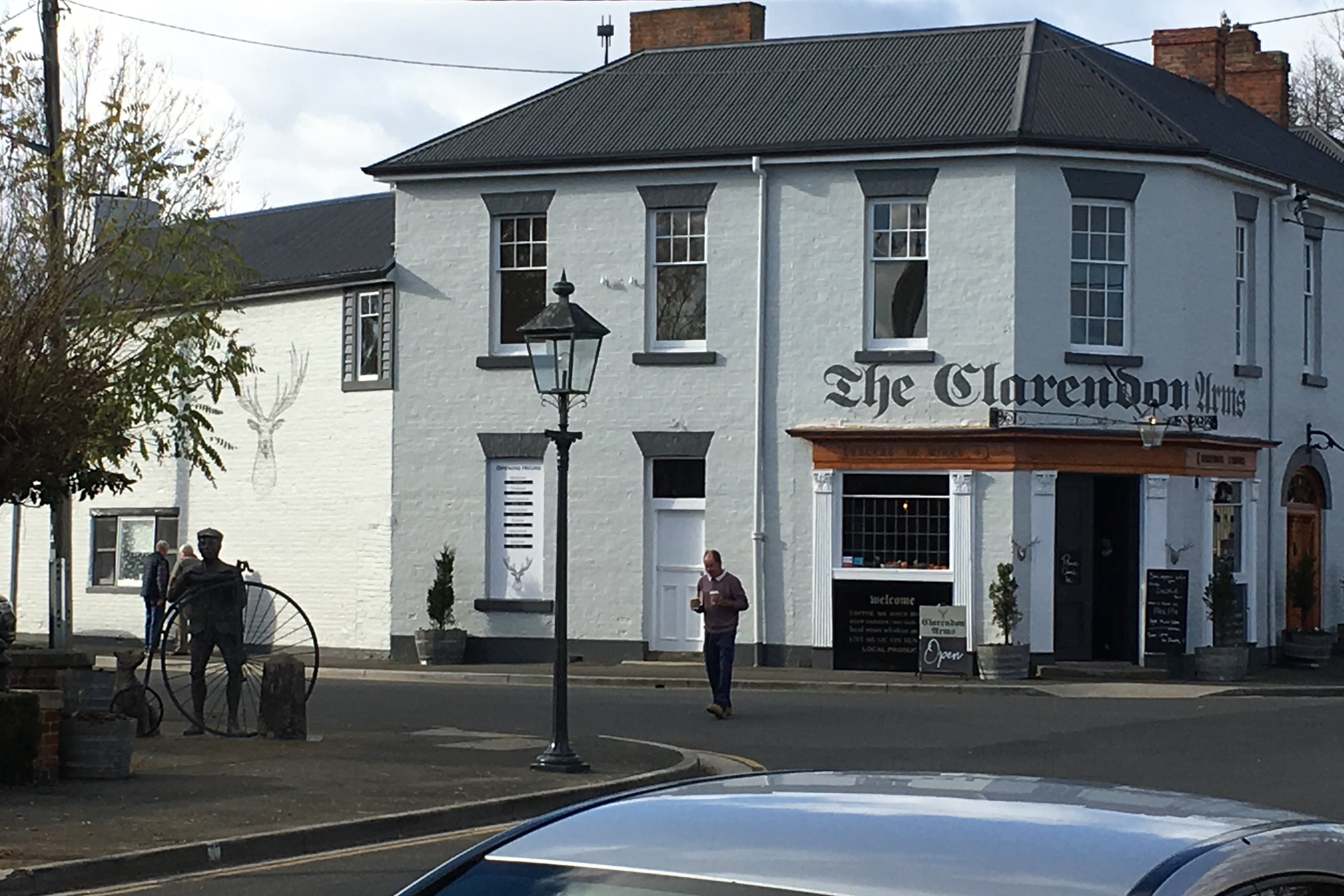 Enthusiasts climb aboard the ungainly bikes to race down the main street, usually with hilarious and disastrous results. However the town has become famous for it and being a quick drive from Launceston, is well frequented. There are Sunday markets, a historic streetscape and plenty of touristy attractions for day trips.

From there it was a quick trip to Launceston and the Peppers Seaport Hotel, with views over the Esk River. Launceston is one of Australia’s oldest cities and the architecture that has been preserved shows that. It’s also famous for being the home to James Boag breweries. 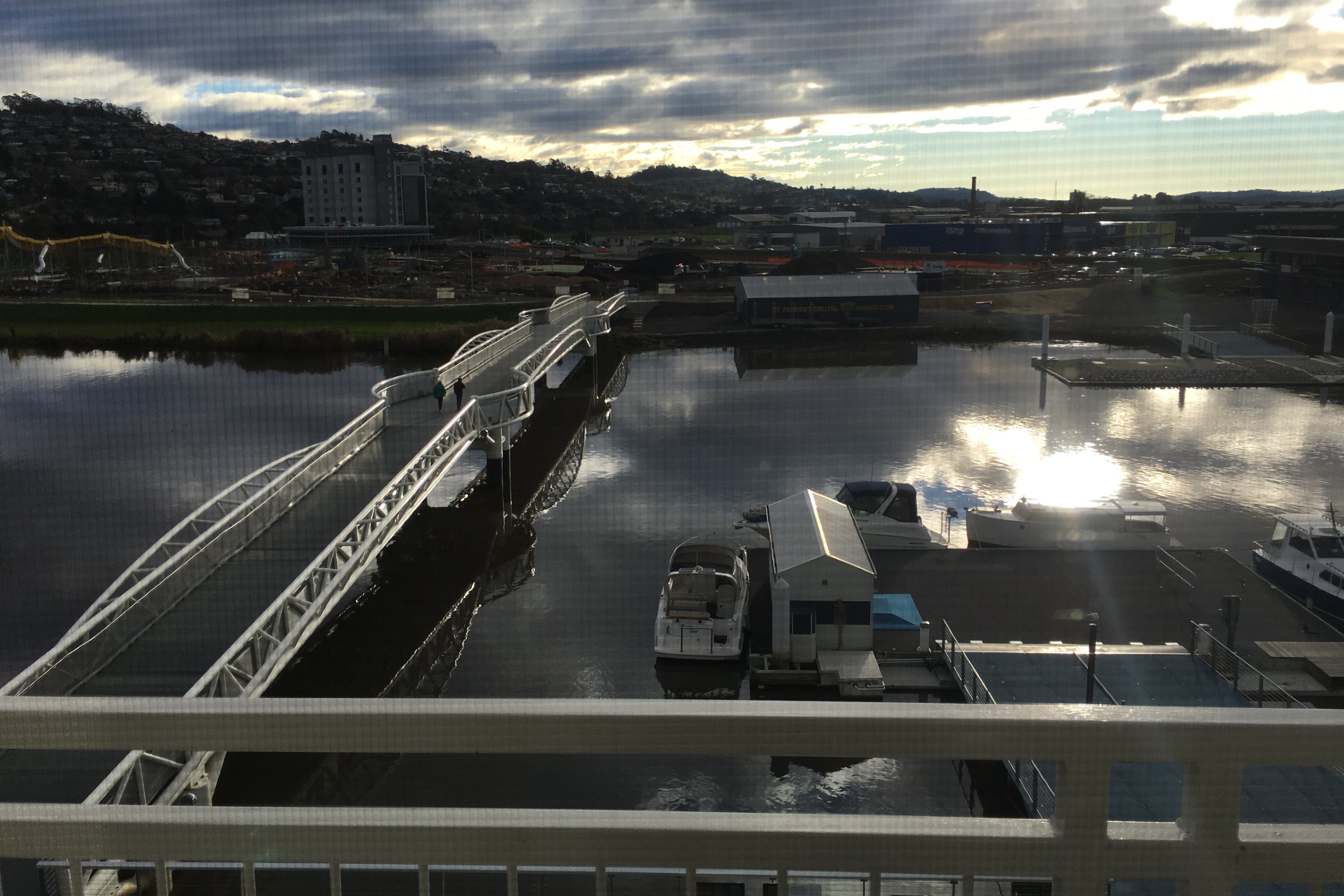 The rooms at Peppers were as you would expect, large, comfortable and accommodating. However by this stage we were keen to attend the Rally and as there was an evening session in town, the Super Stage where the cars have a sprint around a short circuit, mainly for bragging rights, but it is a stage of the rally. We had a spot directly next to the track and to see how fast the drivers go, right in front of your nose is astonishing. 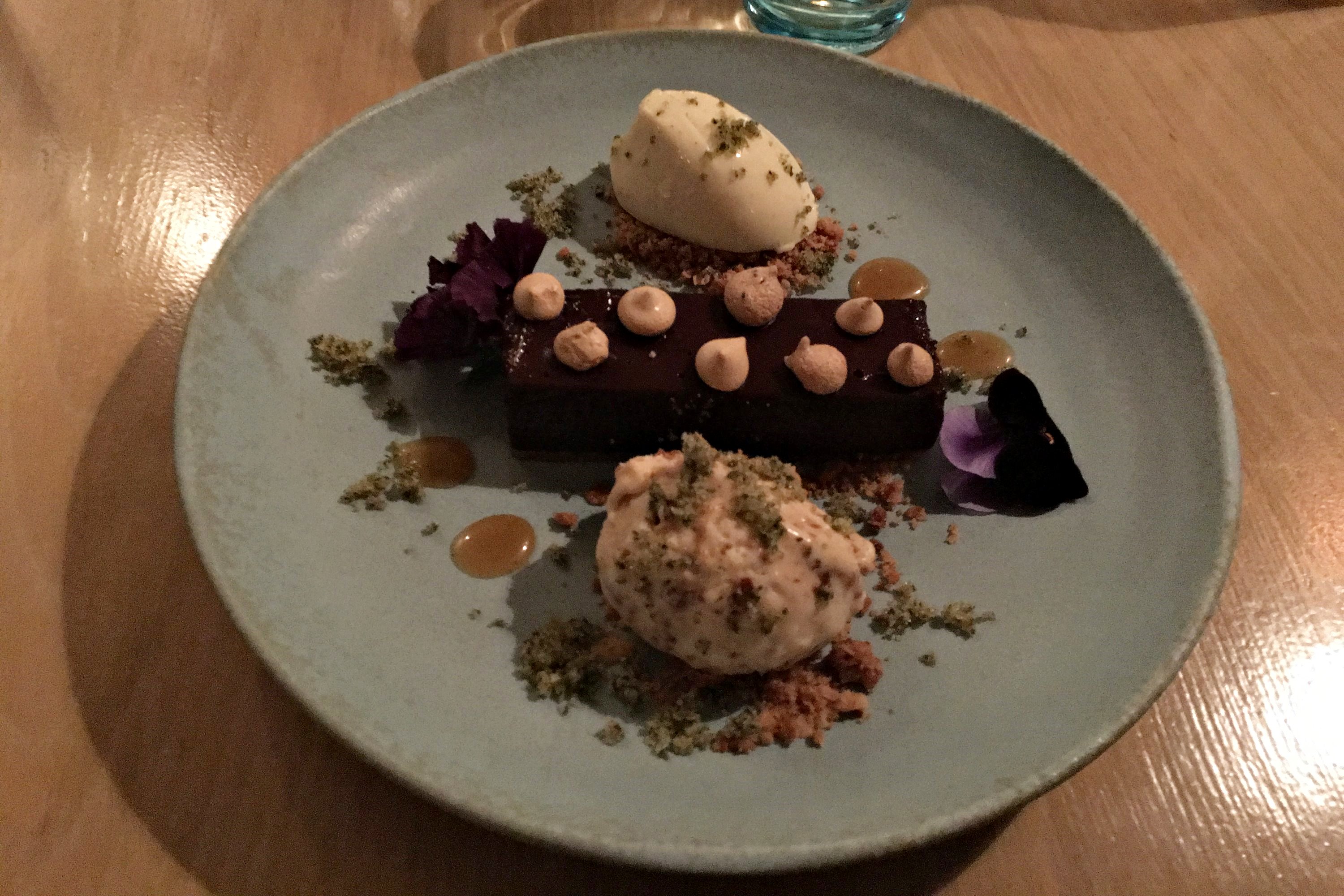 A quick meal at the Mudroom restaurant with a sumptuous dessert and we were ready for the early start the next morning. A full description of the Rally stages can be found here

There is plenty to do in Launceston and the surrounds. Cataract Gorge is Launceston’s largest tourist attraction and is in close proximity to the city centre. It is home to the longest single span chairlift in the world, stretching 308 metres across the gorge.

Launceston has many parks throughout the city including City Park located next to the city centre. City Park is home to Albert Hall. The park also has a large enclosure for Japanese macaque monkeys a gift from sister city Ikeda, Japan.

Tasmania Zoo which is known for its wildlife conservation work, including a breeding program for Tasmanian devils is located near the city. There are motorsports, transport museum, arts festivals, many cafes and food outlets and of course the Boags Brewery.

So that brings to an end the two days exploring the East Coast of Tasmania. Like a lot of these trips, we only scratched the surface and my sister who has traveled extensively once spent 6 weeks travelling around Tasmania camping. Brave girl, considering how cold it gets even in summer. I think I am keener to drive in comfort and style in the Subaru and stay at luxurious hotels, I must be getting old!

About Rob Fraser 1075 Articles
Rob Fraser – General dogsbody & Director Rob is the founder of the business. He constantly mutters something about way too many red wines one evening being to blame. He first learned to drive on the farm in a left hand drive WW11 Jeep when he was 11, many years ago. He has maintained a strong interest in the industry ever since and was hooked on 4WDriving way back then. Having previously lived at the top of corporate life he retired in 2000 and hasn’t put a suit and tie on since. Cars are his passion so why not have a business doing what you love he figures. He has towed either a caravan or camper trailer to most parts of Australia, has run guided tours for camper trailers’ and instructed drivers in off road towing Often known for taking the 4WD in the driveway over the sports car, he has travelled pretty much everywhere in Australia and when he is bored goes for a drive.

With the launch in June 2017, the second generation MY18 Subaru XV went from boring to bold and is based on the recently developed and released Subaru Global Platform (SGP) […]

September 17, 2019 Rob Fraser Activities & Things to Do Comments Off on Adelaide Hills Promise Subaru do Thrills