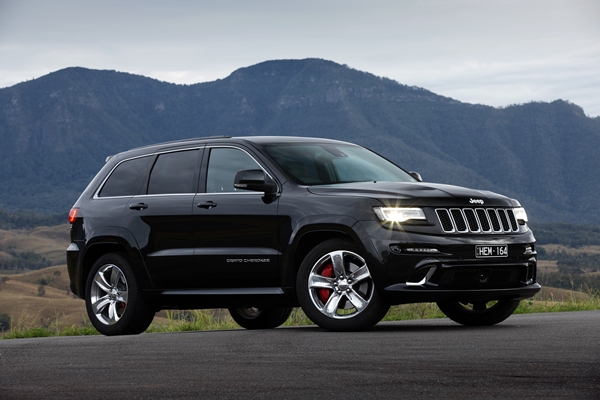 What can you say about the new Jeep Grand Cherokee SRT other than this is what a sports SUV is all about. Prodigious power, luxury interior and true 4wd ability.

I had just picked up the Jeep Grand Cherokee SRT and drove around the corner to set up the Bluetooth etc when a stranger approached me. At first I thought I was blocking his truck, but he just wanted to chat about the SRT. Turns out he had just bought one and apparently sits in his driveway just listening to the exhaust. Call me strange but that seemed perfectly normal to me as I was pretty much doing the same.

OzRoamer’s annual Car of the Year awards are widely regarded as the industry’s most comprehensive and independent review of the 4WD and AWD SUV’s in the Australian market. […]

Southern Cross Canvas Double Dome Swag is a generously proportioned swag for the taller or larger camper. It is exceptionally comfortable and has first class build quality. We took the swag on the OzRoamer Project Pajero trip to the Flinders Ranges, Birdsville and Cameron Corner in 2013 […]

Jeep has delivered ramped-up curb appeal and outstanding value with the launch of the latest Blackhawk Edition models across Compass, Patriot, Grand Cherokee and Wrangler. […]