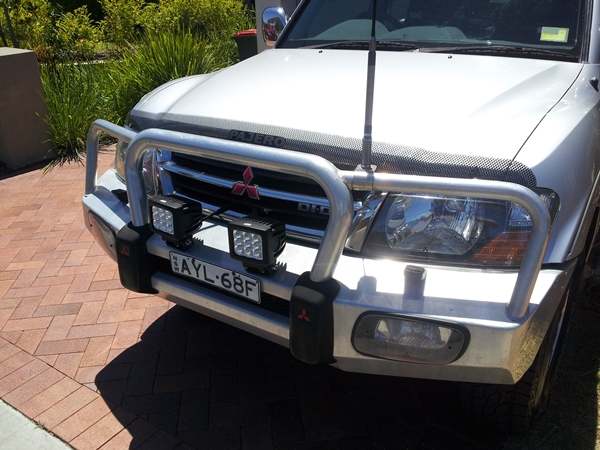 As we have mentioned previously the standard headlights on Project Pajero leave a LOT to be desired. In short they were pathetic, especially as I am getting older and the inevitable eyesight decline starts. Lighting is a complicated and can be an expensive thing to improve. There are any number of choices on the market for globe upgrades, driving lights etc.

The first thing and most obvious thing was to wash the polycarbonate covers. It’s not until you take them off you realise just how dirty they were. Years of dirt and grime was washed away and there was an immediate improvement but nowhere good enough. Next we decided on some high performance globes. We stayed away from the HID inserts as they were expensive and we probably would have needed a wiring upgrade. The high performance globes made an immediate and very noticeable difference. The first being that the light was white not yellow and was much clearer.

If we were just driving around the city where there are street lights then this probably would have been enough. The globes brought the lights up to modern day standards and were very inexpensive as well. less than $100. However as we are building an outback tourer we needed more. Much more in fact.

Here is where it gets tricky. The choice and price differential in driving lights is huge. There are the well known brands, expensive but good. Also you have to decide on what type of lights you need to match driving styles. Do you want a spread beam, a pencil beam, a combination of both? 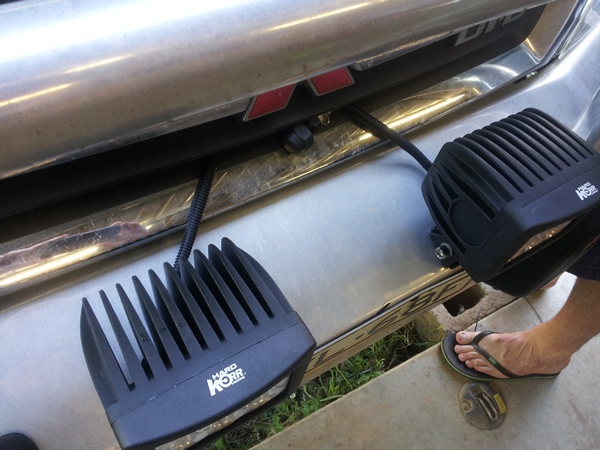 So we looked around at driving lights. Wanting to do something a little different we decided on some LED ‘Bricks’ from KORR Lighting. We already use their camping kit for strip lighting around the camp ground and they are excellent quality and robust while lighting up the night sky. 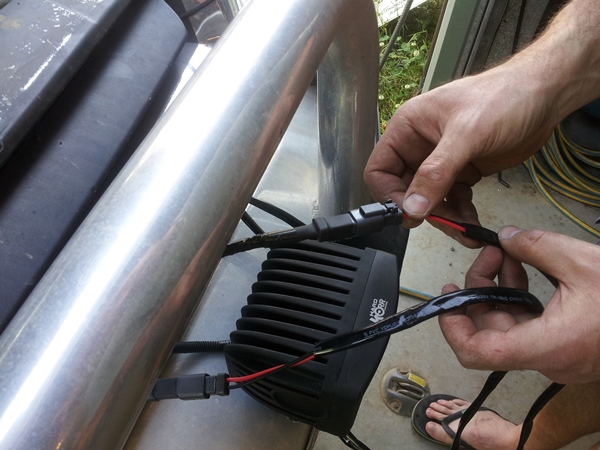 The driving lights we chose are a pair of 90W LED lights. These are a square design and rated to IP68 which means basically they are waterproof and almost indestructible. 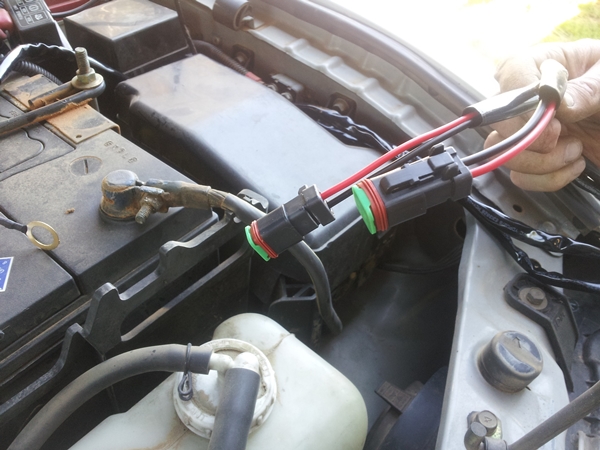 They came with their own wiring harness and DIY kit which was straight forward and easy. A couple of hours and we were ready to turn night into day. 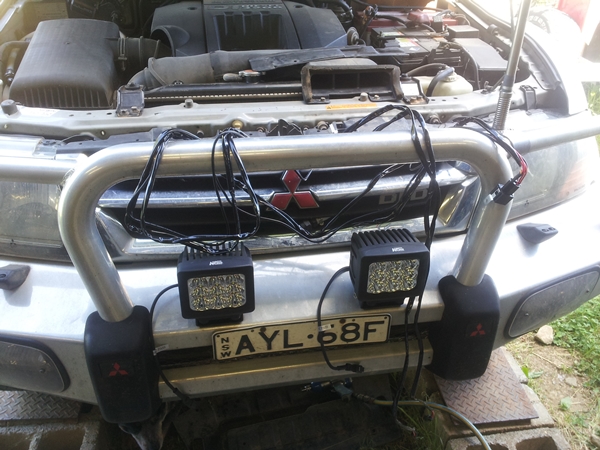 While we don’t propose to do a step by step DIY article on installing the driving lights, suffice to say it was relatively easy and any clear thinking home mechanic can do it, even me and I am certainly no mechanical genius. It was simply a case of bolting the driving lights to the holes in the factory bumper bar, connect the wiring harness to the battery and sliding the plug through to the lights. 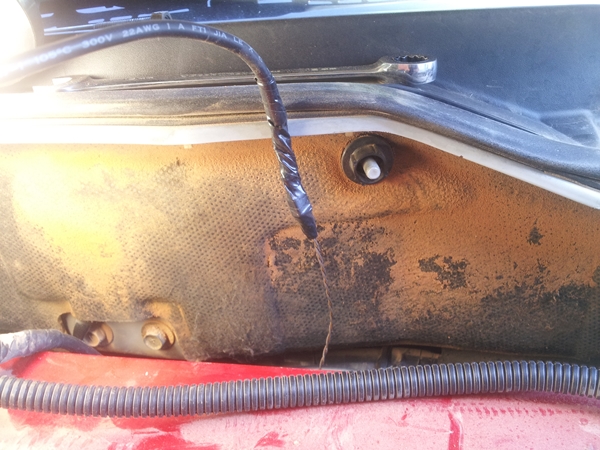 We had to take off the plug as it wouldn’t fit but that was an easy process. Then the light switch was put through to the cabin. The only thing that was a little tricky was getting the switch to stick to the dash. 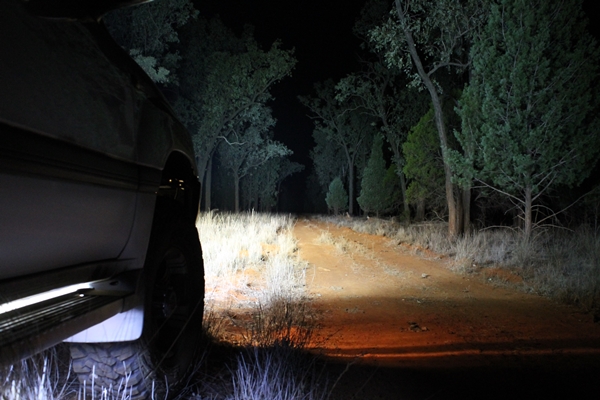 The difference driving home that night was enormous. They provide a white light, very broad in their spread and about 500-600m in front of the car. We have used these lights on a number of occasions now and they continue to impress me with their robustness and versatility. 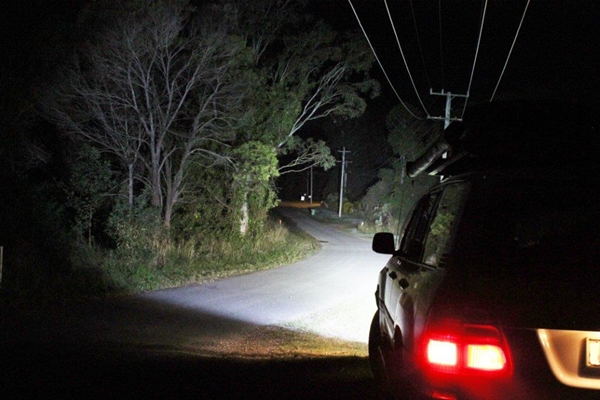 In short they are AWESOME!. They really do turn night into day and while they are limited to about 500m or so that is enough for the style of driving we are currently doing. We are investigating the need for a directional HID driving light as well and if we do we will be going back to the guys at KORR lighting as they make great products at absolutely reasonable prices.

High quality and reliable lighting is a prerequisite for people involved in security and emergency service work, as well as recreational pursuits such as fishing, camping and hunting. […]

OzRoamer’s Project Pajero drives through Bunyeroo and Brachina Gorge’s in the Flinders Ranges as part of their Flinders Birdsville trip in June 2013. Project P0ajero is where we revitalise a 10 year old Pajero to outback Touring capability again. […]

Mitsubishi Motors Australia is following the exploits of our project Pajero in their Eclipse online Magazine. Published in the spring Edition for 2013 they published the story under the heading – ‘Rob Fraser’s old Pajero rides again’ […]