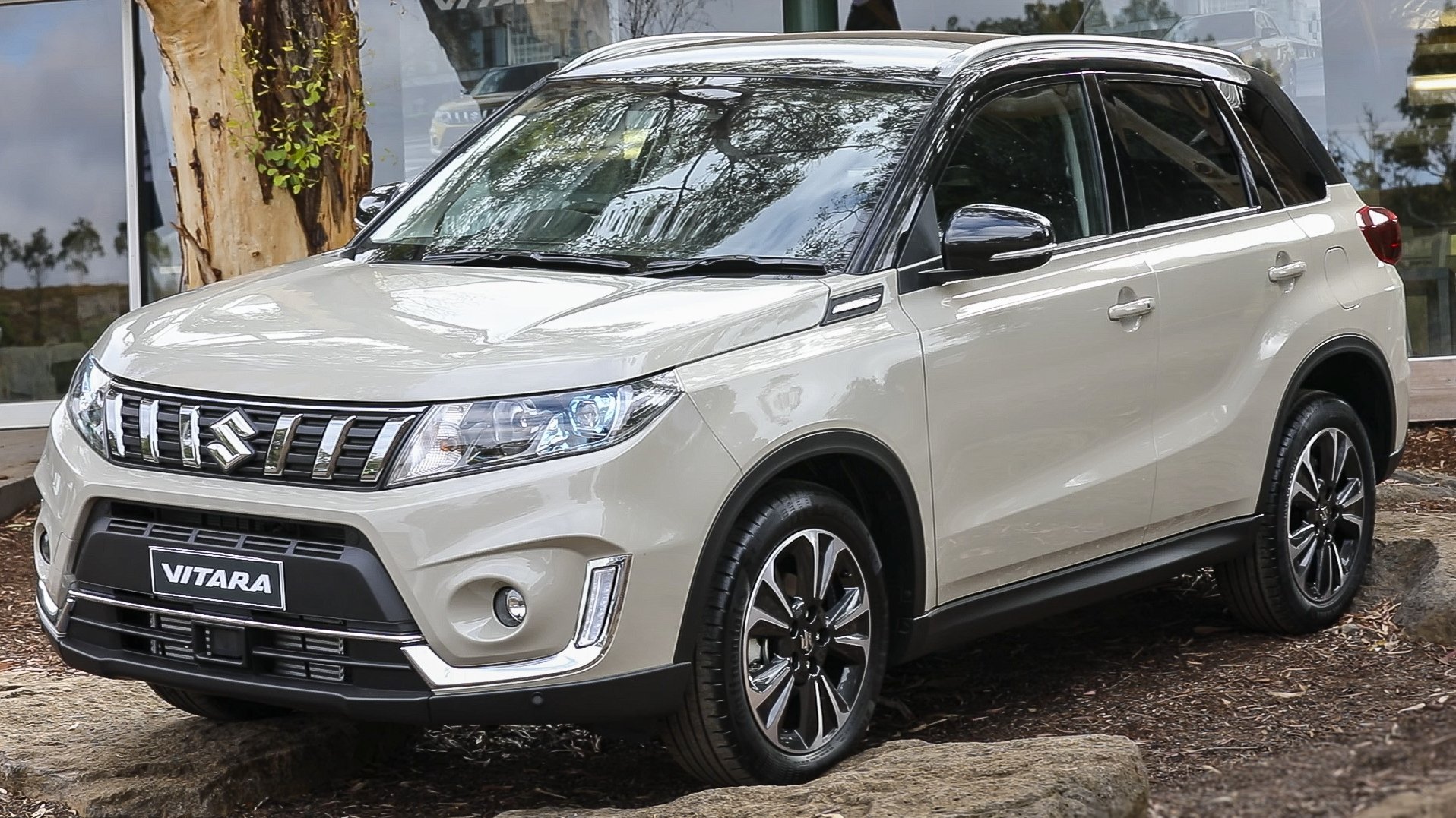 The next generation Suzuki Vitara has officially launched in the Australian market as of Australia Day 2019.

Key changes include new two-tone colour options along with substantial improvements in technology.

The new Vitara range is now available in three variants:

The new Vitara also features more advanced safety technology that assists drivers to avoid accidents in more situations than ever before.

Blind spot monitoring detects vehicles in or approaching the rear blind spots on either side of the vehicle, illuminating a warning LED icon in the relevant exterior mirror.

Whilst rear cross traffic alert uses two rear mounted side radar sensors to alert the driver of approaching vehicles on either side of the vehicle when reversing out of car park spaces.

In the top of the range Vitara Turbo AllGrip a panoramic sunroof is now a standard feature along with hill decent control.

RRP for the updated Vitara is outlined below:

Suzuki Australia General Manager – Automobile, Mr. Michael Pachota said the introduction of the Vitara Series II will be key for Suzuki’s growth in the SUV market.

“With the launch of the new Vitara Series II and its many upgraded features and specifications on safety, driver convenience and class leading value, there is no doubt we will increase our presence in the growing SUV market.”

The new Vitara comes with Suzuki’s 5 year Capped Price Service (CPS) warranty program and in a first for the brand, will also incorporate roadside assist.

About Rob Fraser 1010 Articles
Rob Fraser – General dogsbody & Director Rob is the founder of the business. He constantly mutters something about way too many red wines one evening being to blame. He first learned to drive on the farm in a left hand drive WW11 Jeep when he was 11, many years ago. He has maintained a strong interest in the industry ever since and was hooked on 4WDriving way back then. Having previously lived at the top of corporate life he retired in 2000 and hasn’t put a suit and tie on since. Cars are his passion so why not have a business doing what you love he figures. He has towed either a caravan or camper trailer to most parts of Australia, has run guided tours for camper trailers’ and instructed drivers in off road towing Often known for taking the 4WD in the driveway over the sports car, he has travelled pretty much everywhere in Australia and when he is bored goes for a drive.

The latest LandCruiser Sahara was launched way back in 2015 and while it remains probably the most robust 4WD on the market it is showing its age in other areas.   […]

The Discovery 4 has its award-winning Terrain Response system, which optimises the vehicle set-up for virtually all on-road or off-road driving situations, with five different settings to suit different terrains. […]

The Mitsubishi Challenger XLS 2.5L DID can be described as an honest 4wd. It has a blend of comfort, robustness and off road capability. The XLS is a 7-seat midsized 4WD wagon with a 2.5L CRDi Turbo Diesel mated to a 5 speed Sports Mode automatic with INVECS II Smart Logic. […]