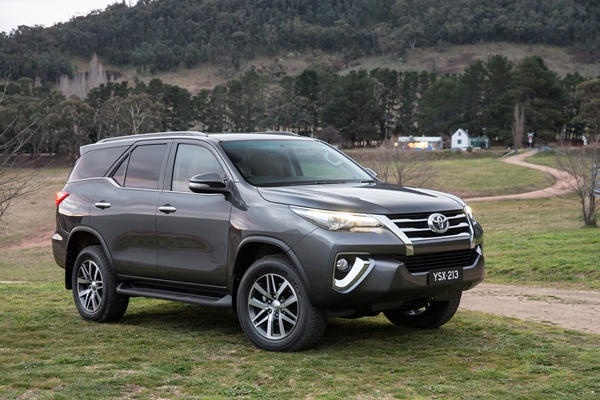 Toyota has shown the all new Toyota Fortuna at the Global Launch in Sydney. Based on the Toyota Hilux, the Fortuna is the wagon version that has the same underpinnings, transmission, engine, driveline, four wheel drive and front end. However it will ride on five link coil rear suspension and has seven seats. Other than the external style, not much more was released at the Australian launch.

About Rob Fraser 1033 Articles
Rob Fraser – General dogsbody & Director Rob is the founder of the business. He constantly mutters something about way too many red wines one evening being to blame. He first learned to drive on the farm in a left hand drive WW11 Jeep when he was 11, many years ago. He has maintained a strong interest in the industry ever since and was hooked on 4WDriving way back then. Having previously lived at the top of corporate life he retired in 2000 and hasn’t put a suit and tie on since. Cars are his passion so why not have a business doing what you love he figures. He has towed either a caravan or camper trailer to most parts of Australia, has run guided tours for camper trailers’ and instructed drivers in off road towing Often known for taking the 4WD in the driveway over the sports car, he has travelled pretty much everywhere in Australia and when he is bored goes for a drive.

The Mercedes Benz GL 350CDi BlueEFFICIENCY Luxury is somewhat of a dark horse in the luxury 4WD SUV market. It is unbelievably capable but rarely sees more dirt than the dusty driveway at the country property. […]

One of the hottest market segments in 2016 is the 4WD Ute based wagons with entrants from Isuzu, Ford, Holden, Toyota and Mitsubishi. […]